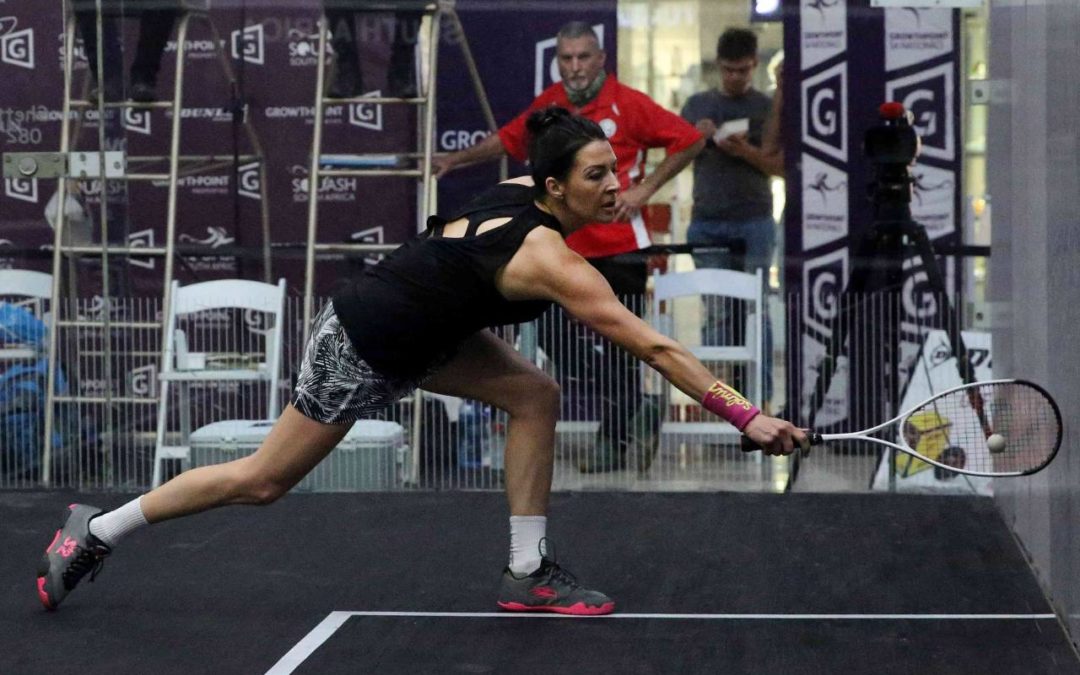 She will face Lizelle Muller (SACD) in tomorrow’s final at 3pm after the second seed held off a spirited challenge from 19-year-old Teagan Roux (Joburg Squash) to win 3-1.

In the second women’s semifinal, teenager Roux showed her tremendous potential by pushing the more experienced Muller to four games before succumbing 13-11 in the fourth.

After last year’s runner-up took the second game 11-2 to move 2-0 ahead, Roux looked dead and buried.

But she employed a wristy forearm boast to keep her opponent guessing and kept her hopes alive by taking the game 13-11 on her third game point.

Muller said she told herself to settle down and concentrate on keeping a good length, which earned her a telling 10-7 lead. But Roux was not finished yet and came back strongly to hold a game point at 11-10.

However, she put a drive into the tin and Muller once again seized the initiative to finally close out the match after 39 minutes.

Afterwards the 36-year-old paid tribute to her opponent.

“Teagan you have improved so much, that was a great effort,” she said. “For myself, I am just looking forward to going to have fun in the final and what will be, will be.”

The 27-year-old Fuller said the shutdown caused by Covid-19 had given her a fresh start, even though it had been disappointing not to have completed the PSA tour earlier this year.

“I feel like the hunger is back and I’m so excited to be back playing after the months of no squash during lockdown,” she said as she eyes a third national title after winning in 2015 and 2018.

“I feel my fast-paced game suits this all-glass court which is pretty fast and that made Hayley feel a bit rushed, which probably was the difference in the end.”

Photo 1 Caption: Second seed Lizelle Muller of Eastern Cape stretches for a backhand in her hard-fought win over Teagan Roux in the semifinals of the Growthpoint SA Nationals squash tournament at the Brooklyn Mall in Pretoria today. Photo: Reg Caldecott