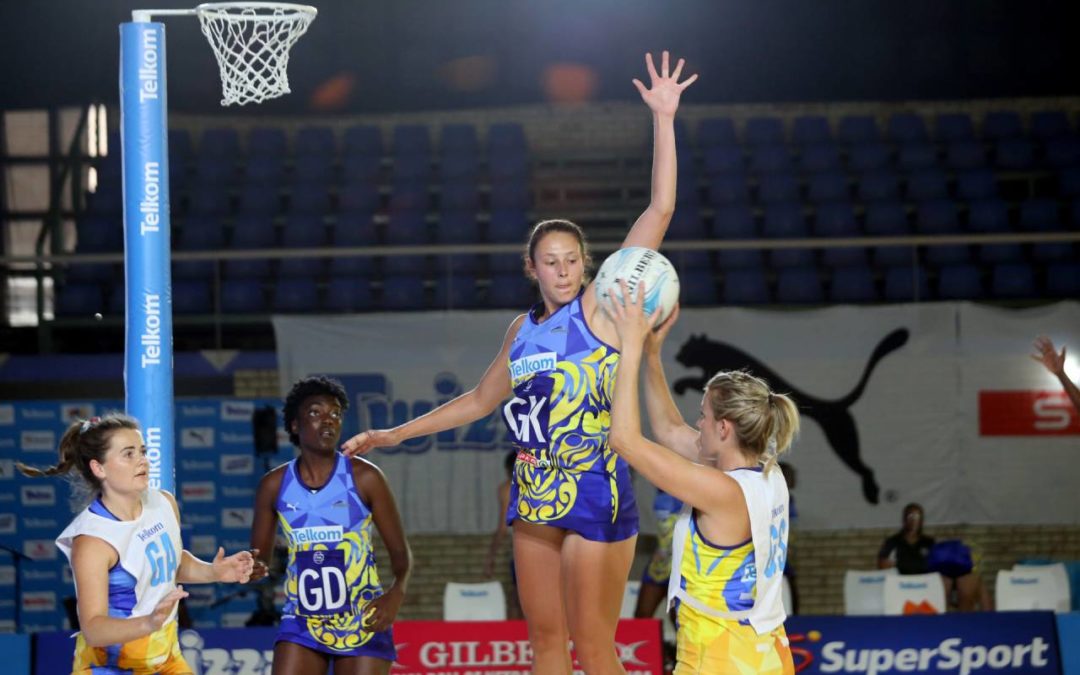 The North West Flames and the KZN Kingdom Stars locked horns in the first game of day three at the Mangaung Indoor Sports Centre in Bloemfontein.

Both teams went into this game in search of a win after losing their first two matches in the Telkom Netball League. The Stars dominated in the first three quarters with the same starting seven. The Flames made five changes in the second quarter but still struggled to find their mojo.

The fourth quarter was a game changer as both teams drew 35 all in the last six minutes of the game but the Flames’ experience in the competition pulled through a minute later as they started leading and ended up winning the match 41-37 to register their first victory in the tournament.

‘’We really had to dig deep for this today, but I am sure this is what they needed. They needed to show that they can do it for each other and that is what they did. I knew that we could bounce back, I was just worried at one stage when the margin was a bit big but what a fantastic team effort’’, commented Flames coach, Elsje Jordaan after the game.

Meanwhile, Stars captain, Precious Mthembu, admitted that the team gave up at some point during the game: ‘’We battled to stay consistent and made errors that we should not have in this competition. When you under pressure, there is a lot that goes on in your mind, we just needed to settle down and go back to basics.’’

The Tornados on the other hand defeated the Kingdom Queens 31-29 despite losing the first and third quarter. The Western Cape side were trailing by one goal in the first quarter but levelled the score in the second quarter. Both teams seem to be handling the pressure in the competition very well as this is their first appearance having won a game apiece but will need to stay consistent after losing a match each so far.

The much-anticipated derby between the Gauteng Jaguars and the Golden Fireballs ended with the defending champions beating the Fireballs 40-27. Both teams were firing from all cylinders as they drew 8 all in the first quarter but the Fireballs threw the game away in the 3rd quarter even after a four-goal lead in the second quarter. The 8 changes made by the defending champions in the final 12 minutes guided them to a victory and still remain undefeated in the competition.

Jaguars coach, Jenny van Dyk, isn’t getting ahead of herself in the early stages of the TNL,‘’There’s definitely going to be a lot that we need to do in the next few weeks to make sure that we secure one of the top four positions. It is great to be on top of the log, but it also comes with great responsibility and we not taking anything for granted at this stage’’.

Fireballs coach, Dumisani Chauke, said the players have themselves to blame: ‘’It was not a clean game, we let ourselves down and we made quite a lot of unforced errors. When we had the ball in hand, we were not disciplined with it and we did not stick to the game plan.”

After using the same starting line-up for the first two games, the Limpopo Baobabs had a different game plan and made three changes to the team that lost the first two matches for today’s game against the Diamonds but that still made no difference as they lost 36-31 which was their third successive defeat in the Telkom Netball League.

The Baobabs started well with a 6-point lead in the first quarter and the Diamonds started capitalizing on their errors, closing the gap in the second and third quarter. Discipline and composure played an indispensable role for the Northern Cape side which resulted to a victory for the first time since 2016.

‘’We struggled at the beginning and we fought back till the end and it was a nice victory for us’’.

Captain Clarissa added, ‘’We are so happy. There is a lot of pressure from home since the past Diamond teams have been losing, now that we finally have a win in our pockets, we are super happy and excited for this.’’

The Mpumalanga Sunbirds were the fifth team today to pull off a miracle with a 31-30 win against the Eastern Cape Aloes. The Sunbirds lead 8-7 in the first quarter but both teams held each other to a 15 all draw in the second quarter. It was still anyone’s game after 36 minutes even though the Aloes were leading by one goal but Theresa Rossouw’s multiple changes in the shooting circle finally worked in her favour.

The SPAR SA U/21 TNL side did not look too convincing in the first three quarters of their game against the Kingdom Stars who lost their Division A game earlier today against the Flames. At the end, the SA team managed to secure a 40-35 win, the most goals they have scored so far in the tournament but that is the least of coach- DR Elsje Jordaan’s worries:

‘’It is not about the scores for us, it is about running them in combination and giving them some game time. We happy to pick up a win, it is great for their confidence, they play with a lot of freedom because there is really nothing at stake, win or lose it does not matter’’.