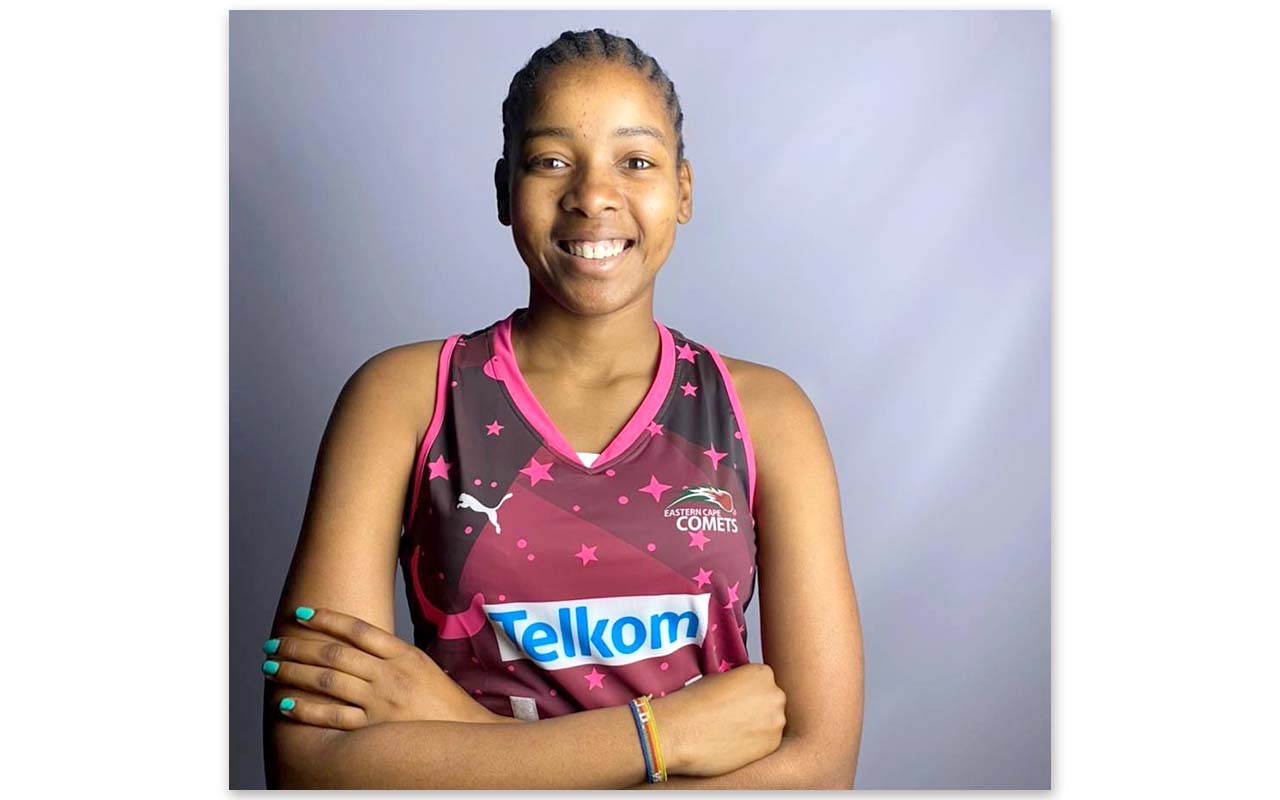 Eastern Cape Comets rising netball star, Asekho Njeza, is aiming to make an impression in the eighth edition of the Telkom Netball League as she hopes to stake her claim for the national team ahead of the 2023 Netball World Cup.

At 20, Njeza is currently studying a Bachelor of Education at Fort Hare University and works as a tutor at The Beacon Tutor Centre.

From a tender age, Njeza showed keen interest in netball as she accompanied her mother to training sessions and matches. By age 7, she was involved in the sport, playing for her primary school’s team.

Njeza has not looked back since starting out as she finds herself part of the newly formed Comets team.

Speaking with Tlamelo Kganakga, Njeza shares her Telkom Netball League experience and highlights of her career to date.

Asekho, thank you for chatting to us. Please tell us more about yourself.

Hi Tlamelo, thank you for this opportunity! I am a 20-year-old girl who is studying Bachelor of Education at Fort Hare University and I work at The Beacon Tutor Centre as a tutor. I am from East London.

When did your netball career begin?

I was introduced to netball at six months old and I had gotten used to attending netball practices, etc. At the age of 3 when I would go with my mom to netball practices and games, she says I would throw balls and constantly be on the netball court.

After that, at the age of seven, I started playing netball in primary school. I never really left it after that!

How did you join the Eastern Cape Comets netball team?

There were trials held and we were all in a group and after that we were split up in the two teams and I strongly believe that we are the younger team.

What has been your biggest setback and what did you learn from it?

I didn’t make the U21 Baby Proteas team for the tests, and it is my fault because I wasn’t consistent in my training physically, emotionally, and mentally. I have learnt to be consistent in all I do to always bring my A-game and never leave the court thinking that wasn’t my best even on bad days.

What has been the highlights of your career before playing for EC Comets?

Playing and training with the U21 Baby Proteas Squad.

Taking you back to the first leg of 2021 Telkom Netball League. How was the experience?

It was definitely an eye-opener and it showed me and the team that we are very capable if we play for each other and with each other because we are all have on that court. I have taken great experience from the competition.

What do you think of the performance of the team during the first leg, especially because you are new to the league?

I am very proud; we are babies compared to our opponents who have years of TNL experience, and we really stood up and showed them what we are capable of. And for us to be placed in the top 5 in the log on our debut really questions how far we will go in this tournament.

Which team is your biggest opponent and why?

Aloes because it is our home side, we all know each other, and we have practiced against each other.

That I love big dogs and I own 2 female boerboels, they are my pride and joy and I even have an Instagram account for them, @Ginger_andHoney16.

More national and international coverage for women’s sport as there is designated sport channels for other sports but not enough for female sport. The other issue is men getting more recognition than females in the world.

Photo 1 Caption: Eastern Cape Comets rising netball star, Asekho Njeza, is aiming to make an impression in the eighth edition of the Telkom Netball League as she hopes to stake her claim for the national team ahead of the 2023 Netball World Cup. Photo: Supplied