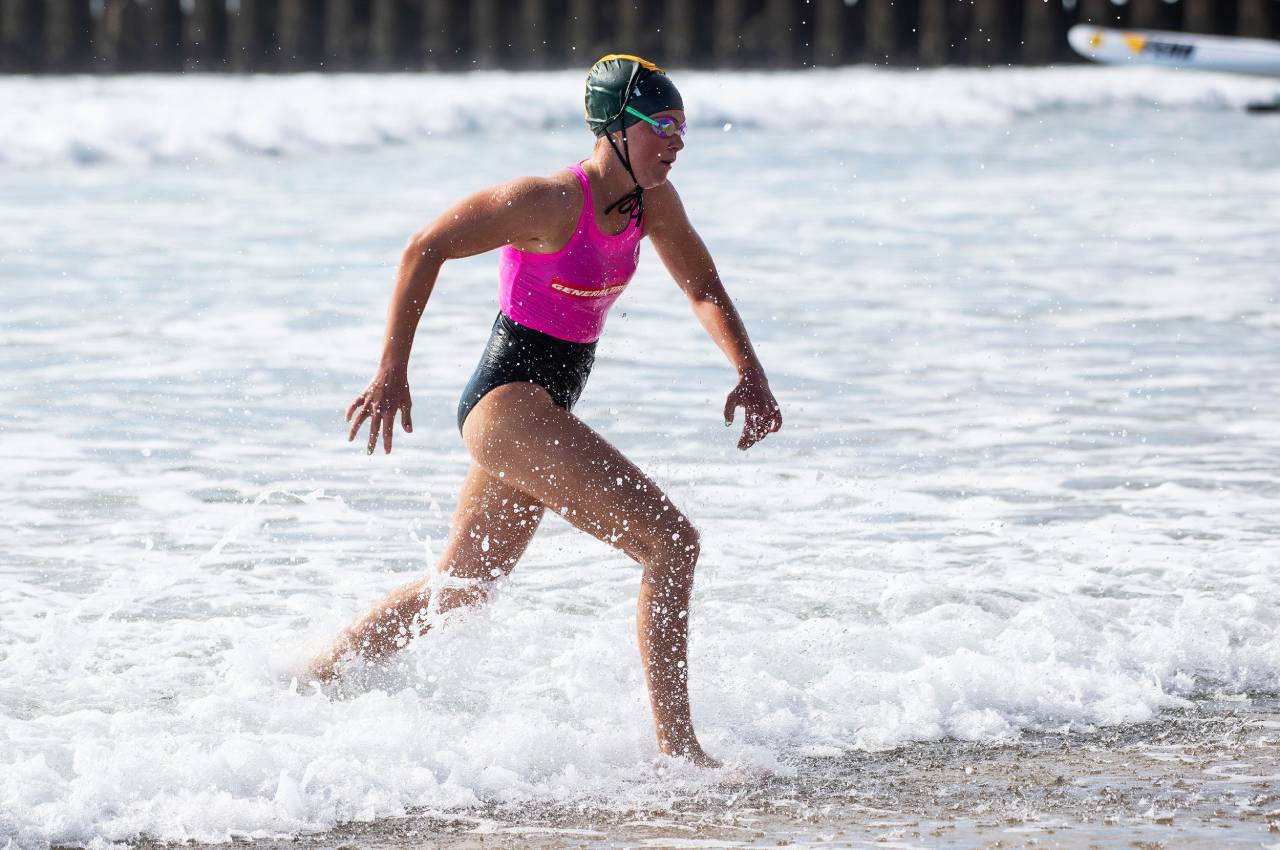 Australia Clean Up at ISRC with South Africa in Third Spot

A dominant Australian team made it a clean sweep of test victories when they claimed the third and final test of the 2019 International Surf Rescue Challenge on Tuesday at North Beach and with that the overall, Trans-Tasman and Tri-Nations titles.

For the vast majority of the three tests the team from Down Under have been unrivalled however there were also marked periods where they were put under pressure from neighbours New Zealand and South Africa. The third test started in far calmer conditions than the athletes faced on Sunday and South Africa flew out of the blocks with Tatum Botha winning the opening event of the day – the youth girls surf swim. It was a tough start for Botha who took a tumble at the beginning but showed steely resolve to fight her way back to add to South Africa’s four gold medals they had won on the first two days.

“I fell into a hole and then looked up and I was last,” Botha said. “From there I just knew that I had to work hard and I had a great swim.

“The competition is so tough that I was just chasing and chasing but then that wave came for me and I worked so hard to get ahead and then to extend my lead,” she added.

From there on the Australian team seemed to relish the conditions and took control of the test with a wave of performances that saw them maintain their stranglehold on the overall title and reinforced the fact that they are the surf lifesaving team to beat.

“It’s been an incredible three days for us,” Australian team captain Harriet Brown said. “We brought a really diverse squad with a number of specialists in all the various disciplines and we have had an absolute ball here in South Africa.”

Through the first two tests the dominance of Australia was threatened as conditions levelled the playing fields, but Brown says she was pleased they were able to handle that pressure,“We actually do love the pressure because it makes the racing so much more exciting. Obviously it’s great to win but to see New Zealand and South Africa competing so well it makes it that much better for the sport.”

The South African team can be pleased with their performances throughout with a number of gold medals to add to their cabinet. From a team perspective South African captain Dom Notten was happy with the teams return through the three days.

“I am pretty happy with how it went but there is a lot to think about in terms of athletes crossing over from the sea to the land events.

“We had a couple injuries too and conditions were tough but those are things you cannot predict so it’s all about adapting.

The triumphant Australians closed out the three test event with another dominant showing in the beach flags, before heading to the post-event formalities to take delivery of the ISPC, Trans-Tasman and Tri-Nations trophies once again.

Photo 1 Caption: It was a fantastic start for South Africa as Tatum Botha won gold in the youth girls surf swim early on during the final test of the 2019 International Surf Rescue Challenge at North Beach on Tuesday. Photo: Anthony Grote/Gameplan Media