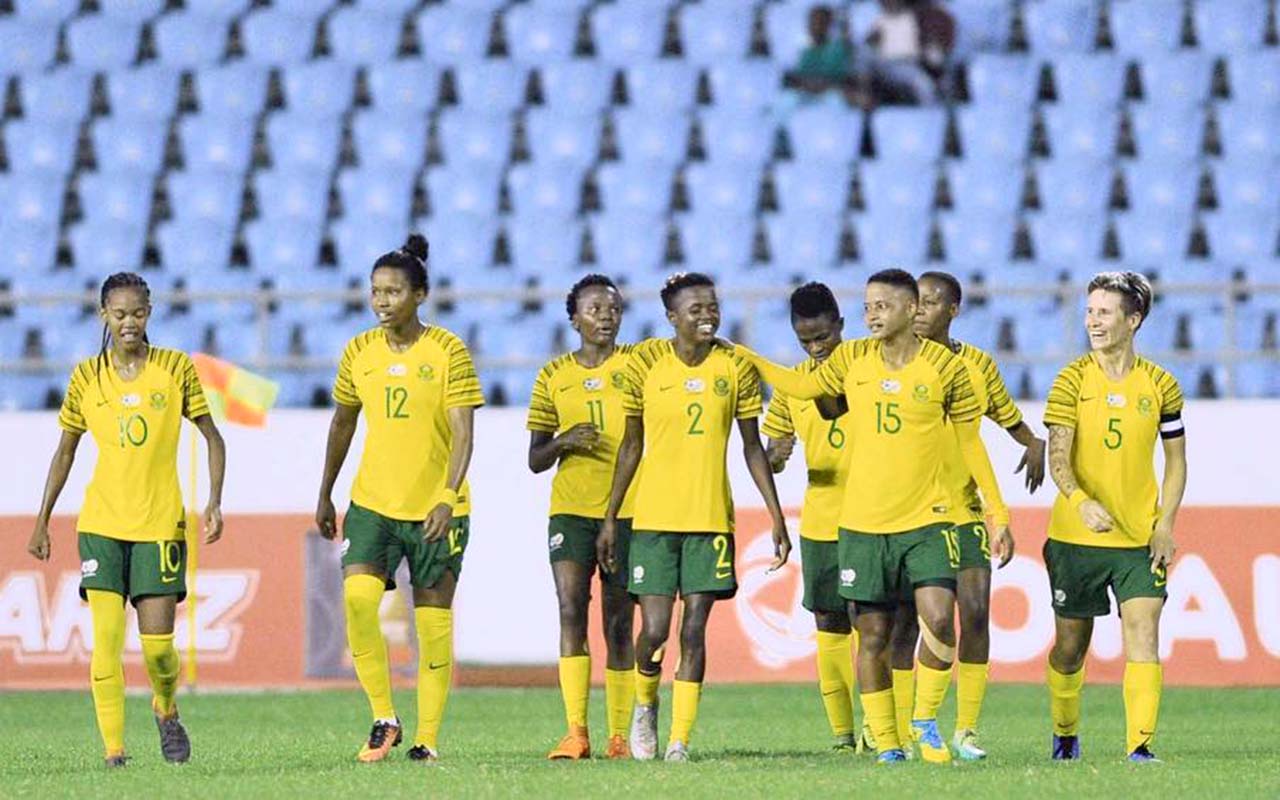 Expect South Africa (Banyana Banyana) to raise their game when they face Angola in their next COSAFA Cup match on Friday, 1 October.

Coach Desiree Ellis says while her team were in control for most of their opening game against Malawi, they could have managed the game better especially towards the end of the game.

Banyana Banyana started their COSAFA Cup title defence on a positive note by beating Malawi 2-1 at the Nelson Mandela Bay Stadium on Tuesday.

“We were in control most of the time. But when we tried to change too much, we lost control. Towards the end I feel like we did not manage it well as we usually do,” said Ellis.

“We conceded poorly and we are a team that prides themselves with clean sheets. But that is part of the game,” added Ellis.

“But starting off with a victory is the most important thing.’ – Banyana Banyana Head Coach Desiree Ellis

Fresh from winning the inaugural Aisha Buhari Invitational tournament last week, a new look and youthful Banyana Banyana were not their vintage self but as has become the norm, found a new gear to chalk another good win.

Banyana Banyana took an early lead after Malawian goalkeeper Samir Amidu came out her goal line, leaving the post wide open and Melinda Kgadiete made no mistake as she slotted in the empty net to give the home team the deserved lead.

Malawi did not sit back and fashioned their own attacks but the Banyana Banyana defence, well marshalled by veteran Janine van Wyk, stood solid.

Noxolo Cesane’s deflected shot extended the lead for Banyana Banyana as they threatened another rout.

Ellis’s charges went to half time with a two-goal lead but the scoreline could have been bigger.

In the second half, South Africa started where they left off in the first half creating lots of chances but the killer third goal proved elusive.

Malawi were not backing down and late in the game, Wezzie Mvula pulled one back for the visitors, a goal which ultimately proved just a consolation goal.

After Friday’s game against Angola, South Africa will face Mozambique on 4 October in their final group game.

Copy by SAFA, with editing by gsport