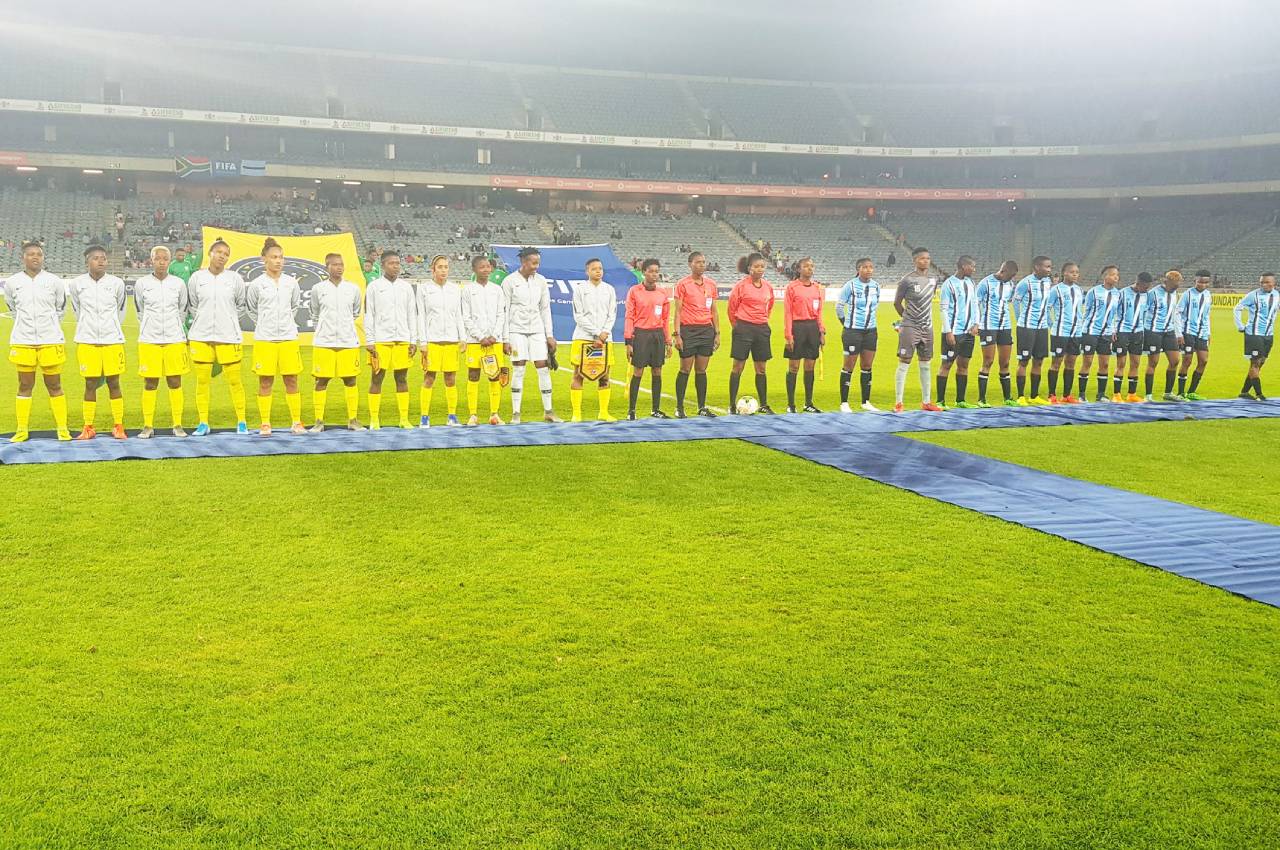 Banyana Fall to Botswana, Crash Out of 2020 Olympic Qualifiers

Banyana Banyana’s 2020 Olympic dream came to abrupt end when they lost 2-3 on penalties to a very stubborn Botswana in a second leg second round qualifier played at Orlando Stadium on Tuesday night, 3 September 2019.

After 220 minutes of football – two X 90minuts plus 30 minutes of extra time – both teams could not be separated as they failed to score. In the end, a penalty shootout ensued to determine who proceeded to the third round to face Zambia who brushed aside Zimbabwe.

Captain Refiloe Jane and Mamello Makhabane had her kicks saved by Botswana goalkeeper Sedilame Bosua, who was having a sterling game and was aptly named Player of the Match, while Lebohang Ramalepe shot wide of goals – only Bambanani Mbane and Leandra Smeda scored for South Africa.

Despite creating numerous scoring opportunities over the two legs, Banyana Banyana could not break down the walls of the Botswana defence – and this contributed to Desiree Ellis’ charges losing out on the third Olympic Games in a row – they qualified for London 2012 and Rio 2016.

Ellis Made Two Changes from the First Leg

Back to the match, Ellis made two changes from the first leg – brining on Leandra Smeda and Busisiwe Ndimeni for Nothando Vilakazi and Rhoda Mulaudzi, respectively.

Perhaps Botswana’s real chance in the match came very early in the game when goalkeeper Andile Dlamini spilled a shot in the 22nd minute and was almost punished but the ball was cleared to safety. Sensing danger, the home side started dictating terms, but just could not score – in one instance Jermaine Seoposenwe lost her marker but she shot into the arms of Bosua in goals.

The second half was a replica of the first, with substitute Noxolo Cesane (in for Amanda Mthandi) giving the opposition defence a great worry but nothing came off any effort.

South Africa’s best chance came in the 73rd minute when Makhabane’s free kick rattled the crossbar and rebounded back into the play, but the alert Botswana defence cleared the danger.

Jane also came close four minutes before the final whistle, but her ferocious shot flew wide of the Botswana goals. The two sides played extra time where the hosts continued to create more scoring chances – but when they could not cancel each other out, South Africa and Botswana had to resort to the dreaded penalty shootout, with the visitors coming out on top.

Photo 1 Caption: The Banyana Banyana team lining up as they faced Botswana at the Orlando Stadium on Tuesday, 3 September, 2019, where the national team lost 2-3 on penalties in their second leg 2020 Olympic Qualifier. Photo: @Banyana_Banyana on Twitter