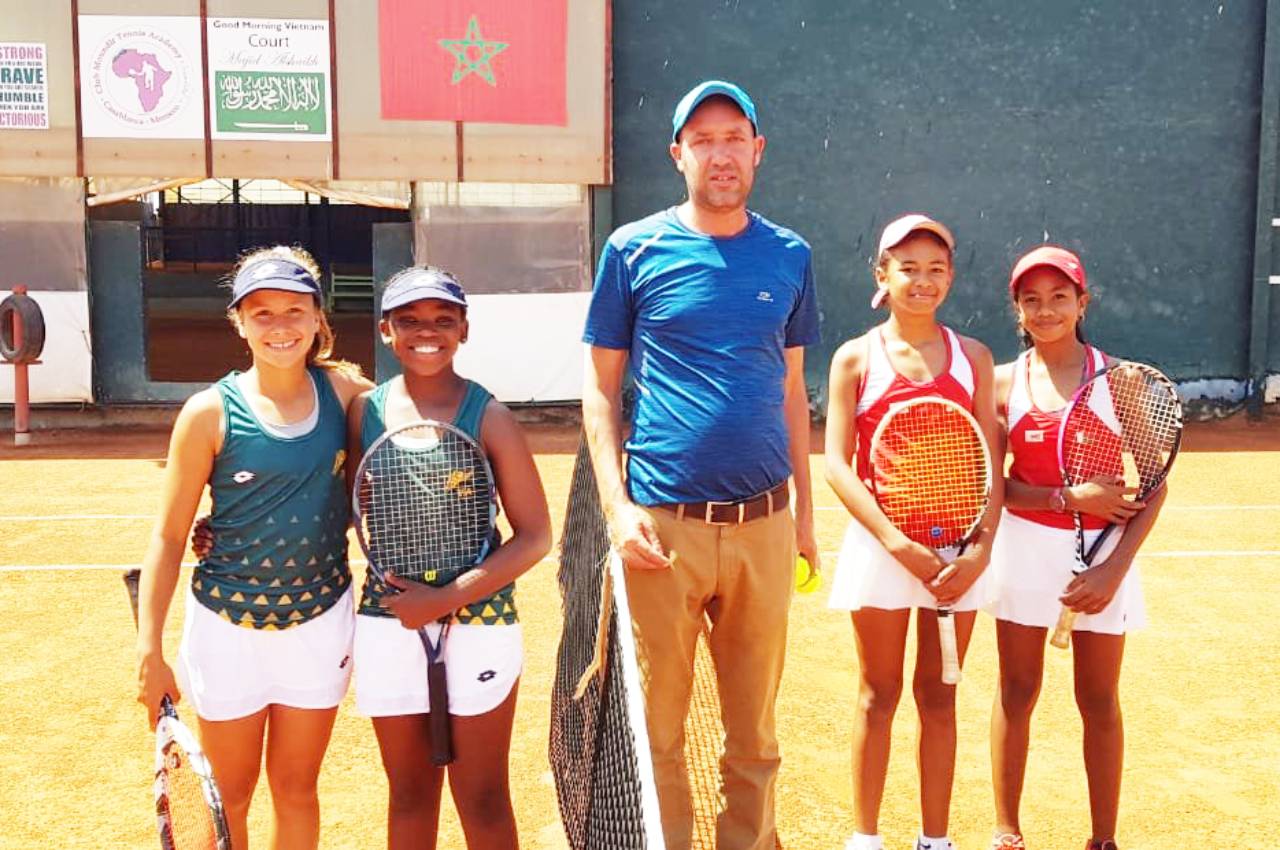 Tennis Junior Stars Get Off to A Winning Start

The South African junior tennis team got off to a winning start at the African Junior Team’s Competition (AJTC) for Under-12’s on Tuesday, 3 September, in Morocco.

The young girls dismantled Madagascar, 3-0 in their opening match and the team coach, Phathizwe Mabuza pointed out that the team had made good tactical decisions and had a strong bunch assembled for the competition.

“We made a lot of good tactical decisions as you know that clay is a bit slow but we concentrated on taking the ball early and hitting it deep so that we can get the short ball and then put it away,” Mabuza told tennissa.co.za

“With the girls’ team, it was a bit different facing Madagascar who are very strong on clay, we played a lot of short balls and reduced the pace.

“Our opponents struggled with our change of pace. The South African team is very strong on our overall understanding of the game and we are big on tactics and that’s what made today (Tuesday) a successful day,” he ended.

The South Africans will face Ghana in their next encounter in Casablanca.

Photo 1 Caption: The South African Under-12 team on court as they face Madagascar in their opening match at the African Junior Team’s Championship in Morocco on Tuesday, 3 September, 2019, where the South African’s won 3-0. Photo: @TennisSA on Twitter