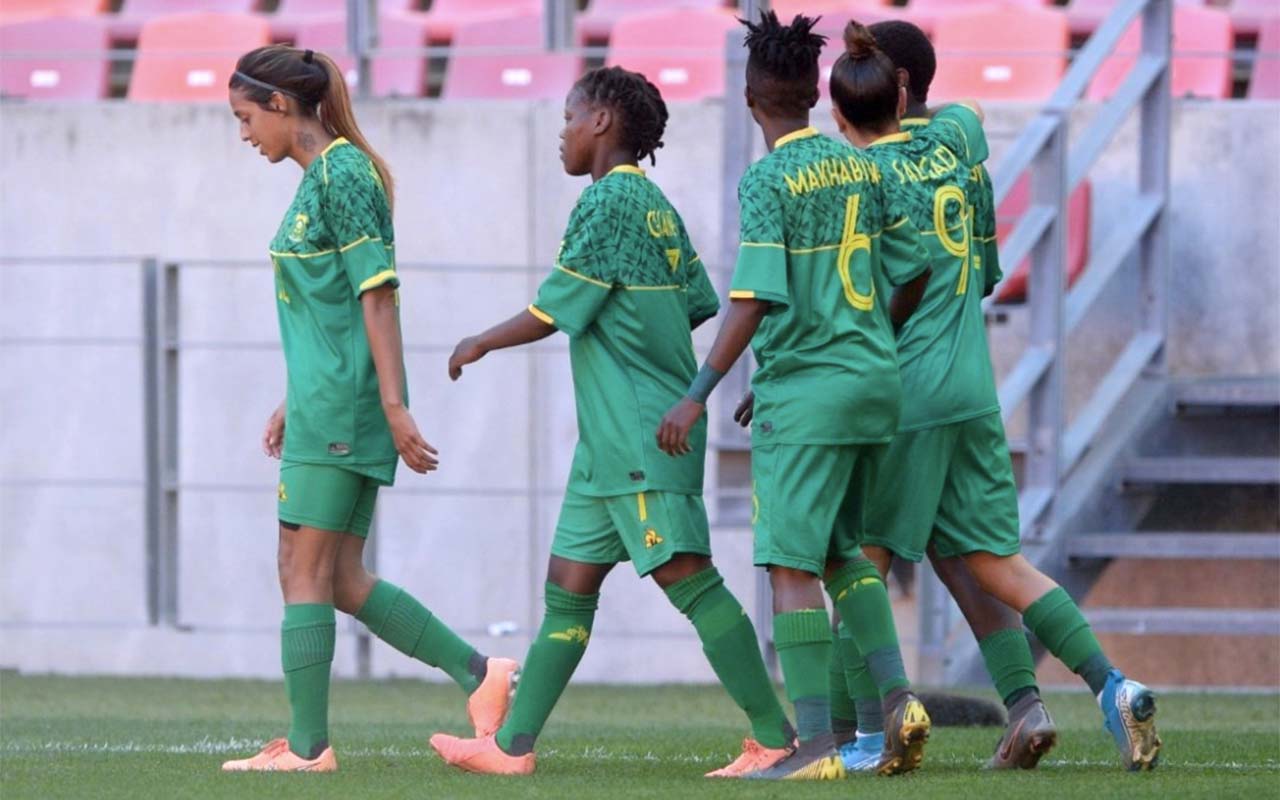 Defending COSAFA Women’s Championship title holders, Banyana Banyana, ground out a 3-1 victory in their final Group A match over Mozambique on Monday, 4 October 2021.

South Africa managed to take play into the opposition goalmouth twice in the opening three minutes. At this rate, they threatened an avalanche of goal opportunities from Noxolo Cesane, Gabriela Salgado and Robyn Moodaly, but could not find the back of the net.

There was a turn of fortunes when Sibulele Holweni opened the scoring after a fine solo effort out wide on the left flank. She turned the opposition defence inside out with a deft dribble before her slide-rule shot whistled past Costa in the 23rd minute.

As was the case in the first half, Mozambique relied on occasional counter-attacks to keep their challenge alive and just past the hour mark, they staged one with telling effect. Mozambique’s Lucia Jose managed to shake off her marker as she set off down the left and her goalmouth cross was expertly met with a scoring header from captain, Cina Manuel to level the score.

In the 76th minute, a similar scene unfolded in the Mozambique goalmouth as Holweni’s effort sealed a 3-1 victory for the Desiree Ellis-led side.

This outcome gave Banyana Banyana the green light to Thursday’s semi-finals and a chance to stake a claim for a fifth consecutive title in the regional championship.