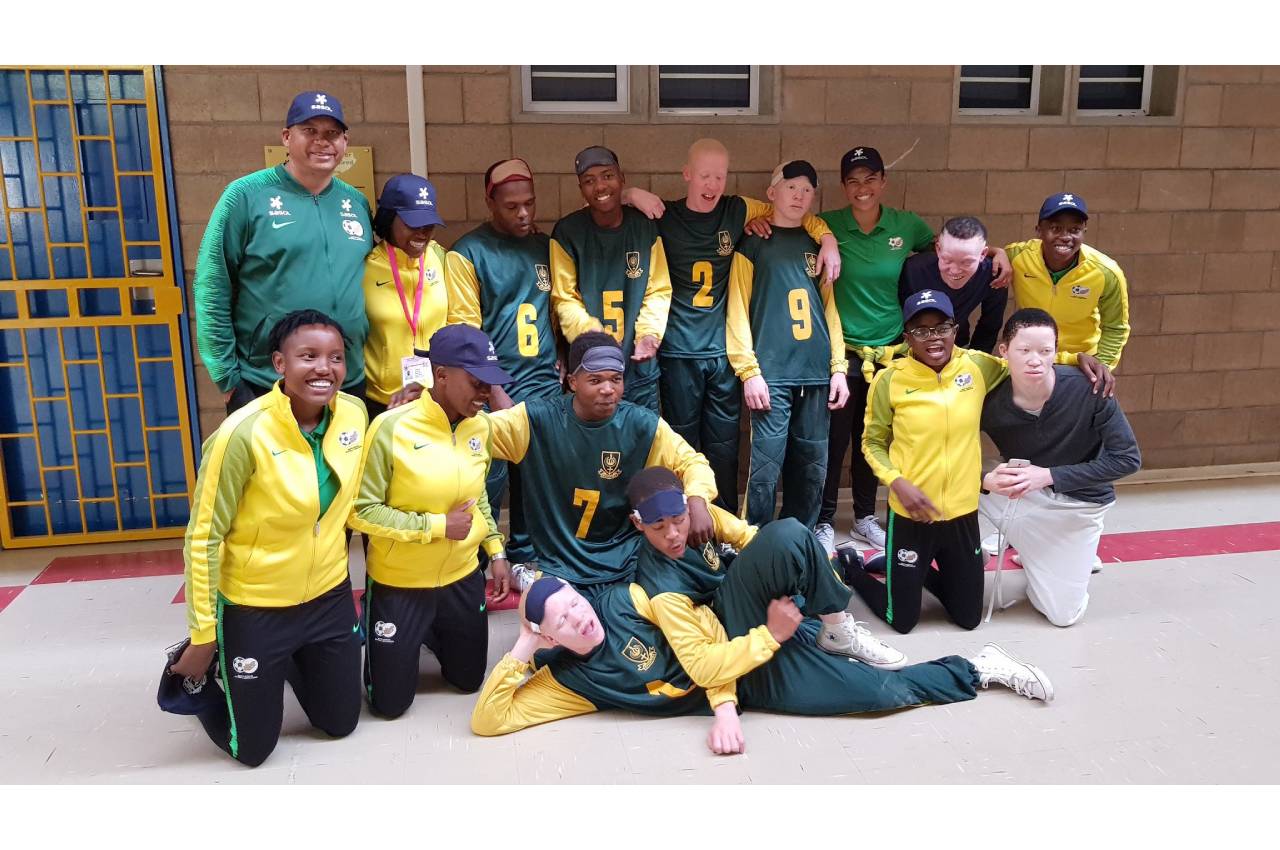 On Wednesday, 7 August, 2019, Banyana Banyana took time out from their training schedule to attend the Khanyisa School for the Blind in KwaDwesi, Nelson Mandela Bay, where they were accompanied by the Zimbabwean national team to share their experiences on the sports field with the learners.

COSAFA, who are currently running the Women’s Championship tournament, organised the initiative to allow learners to mingle with the national team players and, they also had the opportunity to hear what the players had to say about their journey into football and what inspired them to choose the profession.

Over the years, the school itself has produced several learners who graduated to the Nelson Mandela Metropolitan University, as well as other tertiary education institutions as they seek to take their studies further. Apart from their educational duties the school further encourages their learners to participate in extra mural activities, which include judo, karate, athletics and ‘goal ball’, which is a form of soccer for the blind, and the school provides for around 60 pupils from the Eastern Cape province.

The two national teams in South Africa and Zimbabwe might have put their differences aside for the learners, but on Thursday, 8 August, 2019, at 15h30, their focus will shift as they will be going head-to-head in a semi-final clash at the Wolfson Stadium in KwaZakhele, where Desiree Ellis’ side will be looking to book a spot in the final to defend their title.

Banyana topped Group A after three outstanding victories against Comoros (17-0), Malawi (3-1) and Madagascar (3-0), while their opponents, Zimbabwe were winners of Group C, which resulted in these two sides being pitted against each other in what promises to be an exciting duel.

Photo 1 Caption: Banyana Banyana players seen here with pupils from the Khanyisa School for the Blind in KwaDwesi, Nelson Mandela Bay on Wednesday, 7 August, 2019, where the national team players, together with the Zimbabwean team partnered on a CSI initiative. Photo: @Banyana_Banyana via Twitter