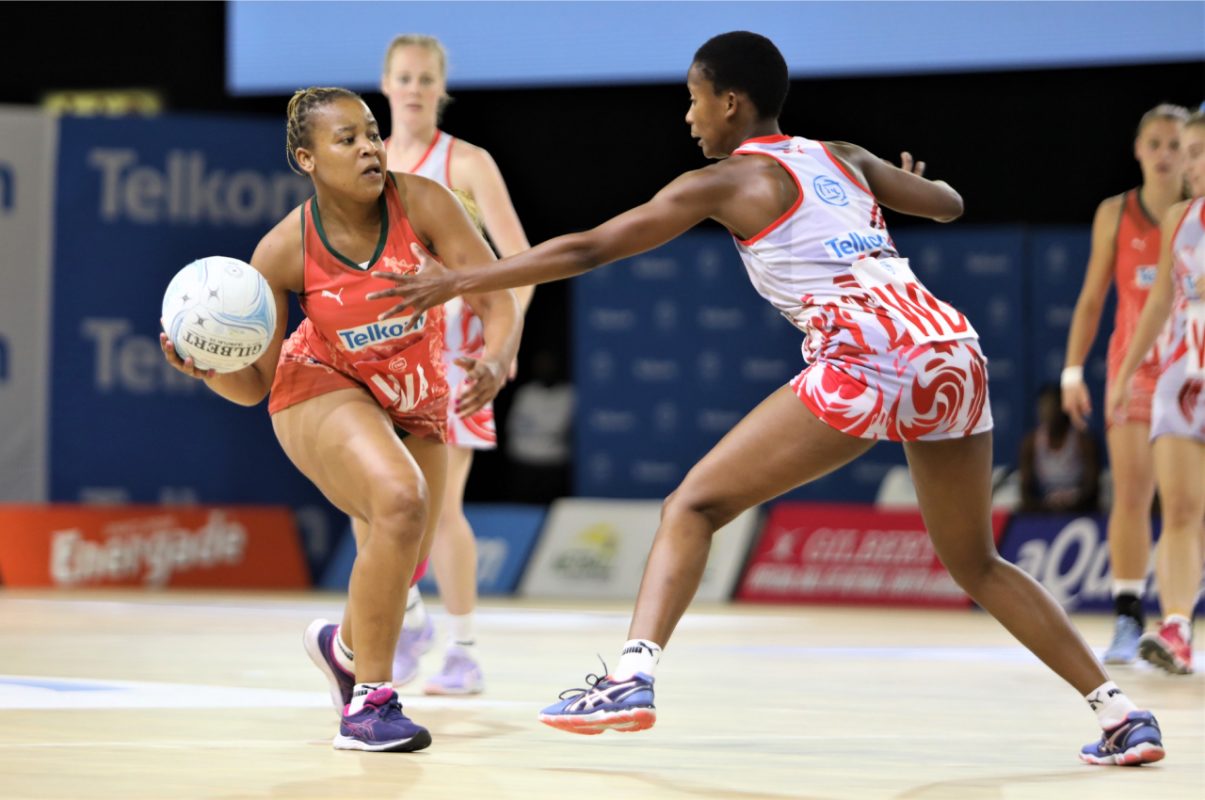 Limpopo Baobabs put on a second half defensive display and stunned Tornados with a 53-44 victory in the Telkom Netball League on Wednesday, 13 October 2021.

Baobabs’ captain, Nthabiseng Mothutsi showcased another player of the match performance at the back and destabilized Tornados’ shooting pair of Anne Diedericks and Rieze Straeuli. Both teams boasted a similar goal percentage, but Baobabs snared more intercepts and that made the difference as the Limpopo side safely secured a spot in the semi-finals. This was Tornados’ second successive defeat in just twenty-four hours and coach Danlee Mathews lamented the lack of consistency from her troops.

“Again, the girls were quite inconsistent. We play good patches for five minutes and then ten minutes in the quarter, things go array. I think it’s a psychological thing that these girls need to work on because our game plan works. I mean they do play, that ball goes in smoothly, so each one of us need to go back to the drawing board and start taking responsibility for our own game because that goes towards the whole teams’ performance.”

Mpumalanga Sunbirds earned a crucial victory beating Diamonds 52-48 to steer them into the number four spot on the log in division two with a superior goal difference than Eastern Cape Comets, who are now fifth. Sunbirds’ Goal Attack, Alyssa Trahms was influential upfront, sweeping swiftly in the shooting circle to convert those balls and her performance earned her a back-to-back player of the match accolade.

Meanwhile, Southern Stings were just too powerful for Flames after beating them 61-28. Flames only managed to score four goals in the first quarter, but coach Lizelle Erasmus only made one change to her attacking side, bringing in Diana Hlongwane to replace Michelle Geduld in the Center position.

The match was pretty much a one-sided affair as Stings dominated throughout with a total of fifty-three turnovers and nineteen intercepts. Flames are yet to win a game in the competition, and they will certainly be participating in the promotion/relegation match on Sunday.

Eastern Cape Aloes played their last round robin game and wrapped it up in style after a 43-30 win against Kingdom Queens. The Aloes will have to wait until tomorrow, Thursday, to find out who they will be up against in the semi-finals which get underway on Friday.

Photo 1 Caption: Siphosethu Kilani of the Eastern Cape Aloes against Nosihle Mkhwanazi of the Kingdom Queens. Kilani won Player of the Match for her outstanding display today. Photo: Skhu Nkomphela