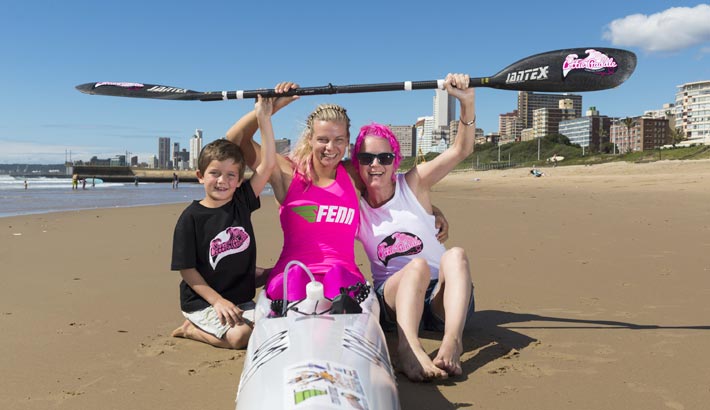 Durban surfski ace Danica Bartho became the first women to complete the gruelling 162km surfski paddle from Richards Bay to Durban, finishing with a demanding downwind leg in huge swells, and in the process rounded off her “Lettie Paddle” campaign to raise funds for close friend and cancer patient, Nikki “Lettie” Heyns.

Bartho was the first female paddler to complete the DaReal Richards Bay to Durban Challenge, which concluded on the weekend with a tough 40km paddle from Suncoast Pirates SLC to Salt Rock, in what she described “big and scary seas”.

Like many of the competitors, Bartho was also dumped in the big waves at the finish at Salt Rock main beach, finishing in pain with more than a dozen blisters on her hands but elated at having completed the race, and at the support that her fundraising and awareness drive attracted.

Through pledges, sponsorships and donations Bartho has raised over R70 000, with several more donations expected after the competition of her paddle, which will nudge the final amount close to R100 000.

“I have been totally blown away by people’s generosity,” said Bartho. “And it has come at just the right time because their medical aid has run out!”

“The paddling community has been just brilliant, but it has been much bigger than that,” she added. “People who don’t know me or Lettie have made pledges and donations, simply because this has been a rallying call for the fight against cancer.”

“The paddle was a serious challenge for me but in reality it has been such a small part of this whole event, the cherry on the top of something that has just been so huge.

“There is no end to this, and I hope that the awareness and support that we have created here can be sustained.”

Bartho, who won the women’s race while her husband Brett won the overall race with his brother Daryl, has been swamped with congratulations. “What I have done is nothing to what Lettie is doing every day. She is a real legend,” Bartho said.

Anyone interested in making a donation can do so via the campaign’s website (www.lettiepaddle.co.za) or by contacting Danica via email ([email protected]). 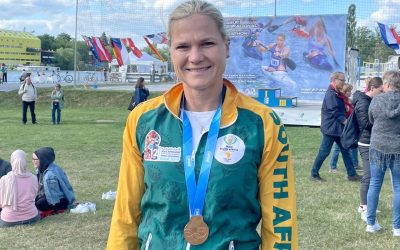