(Click to read the tournament preview, listing all tournament fixtures)

KZN Raiders of Durban were outplayed 5-2 by Northern Blues after the Pretoria lasses had gone into half-time 1-0 up, and then led 4-0 with 15 minutes to go.

Despite having a healthy number of shots on goal, the Raiders were never really in it. Blues keeper Phume Mbande was up for the challenge much of the time, while her team took their chances in clinical fashion.

The Blues had in captain and Investec South Africa key player Nicolene Terblanche and former SA defender Kim Hubach the composure at the back, plus the vision to open up chances for their willing strikers.

Marlene Nortje capitalised on a penalty corner rebound to open the scoring for Blues in the sixth minute; Tarryn Moses used her pace up the left to set up Kate Koenig for goal number two 11 minutes after the break before Nadine Dames and Amone Mouton scored within six minutes of each other for Blues to go four goals clear.

Raiders captain Lenise Marais put in a hard cross from the right that was deflected in by Cardeux Nel for the Raiders’ opening goal after an hour’s play, while Wendy Snelling helped the ball over the line after Kara Stella fired the ball in for the far post with one minute left.

Blues made it 5-2 on full-time when the on-song Kate Koenig made no mistake.

There was shock amongst many at half-time after underdogs Free State led hockey heavyweights Western Province 2-0 thanks to field goals from Lienkie van den Heever (third minute) and Nisa van Zyl (18th).

But the upset was not to be as WP regrouped at the 10-minute interval and came back with two early goals from field and set-piece play respectively to draw level at 2-2. WP captain Jade Mayne (43rd) and vice-captain Illse Davids (50th), both London 2012 Olympians, restored parity for the Capetonians and while it took until three minutes from the end for last year’s finalists to nail the winner, it looked increasingly likely as the half wore on.

The winning goal in the 67th minute came via the field goal route from the ever-dangerous Candice Manuel, who impressed Free State coach Braam van Wyk.

“Once Illse and Jade started combining so well in the second half we were up against it, and this ability made Candice Manuel very effective up front,” said Van Wyk. “Once they had control of the middle of the park they dominated the game.”

The young Free State combination, many playing for the first time at A-Section level, possibly came unstuck due to a lack of self-belief. “The girls went into defensive mode too early in the second half and against a quality WP side you are going to get punished,” said Van Wyk, who praised the efforts of his keeper Theane Guthrie, as well as captain Mignon van Tonder, Cornelle Botha and vice-captain Jo-nelke Swanepoel.

Davids said her team were surprised at the pace and force that Free State brought to the first half. “But at half-time we got our heads together, regained composure and came back hard. Our goals were the result of good build-up, were team goals, and this came after we began connecting through the defence, midfield and forward lines.”

WP coach Andi Bernstein said going 2-0 down was a wake-up call. “Our basics were poor; they were very quick, disciplined and strong on the ball. All credit to my team credit for the character they showed in coming back so well.”

The WP mentor said once her side began transferring the ball with pace and accuracy it became easier to push the likes of Mayne, Davids and Nicole de Vries into more attacking positions. “Young centre back Annelien Davin was outstanding and freed up others to play their natural game,” said Bernstein.

WP meet Northern Blues at 2 pm Wednesday in Pool B and Bernstein knows it will be a challenge against a side that impressed mightily in beating KZN Raiders 5-2.

“It’s a big one, we will have a debrief of our game tonight and look at their clips tomorrow morning.”

The Pool B match between Border and North West was a goal feast with the Potchefstroom side stretching a 3-2 half-time lead to 7-3 by the end.

It was always going to be very difficult for Border to come back but they did, managing to restore parity by the 30th minute after field goals by captain Marcelle Keet and Charnene Simpson.

However, a minute before half-time North West regained the lead through Tiffanie Jones and then five minutes after the changeover established a two-goal cushion when Janke Erasmus found the back of the net.

Border again clawed their way back into contention when Shenayd du Plessis brought the score to 4-3 but North West pulled away in the last 20 minutes through Damons’ hat-trick effort and further goals by Carissa Vorster and another Jones special.

Eastern Province, buoyed by the support of their vociferous fans, did exceptionally well to hold the star-studded Southern Gauteng side, the defending champions, to a 0-0 score at half-time.

Southerns threw everything but the kitchen sink at EP, yet were unable to reap any reward for the plentiful penalty corners and goal shots from field play, as the home team goalkeeper Michelle Cremer pulled off a series of brilliant saves.

The EP defenders, too, were incredibly brave in putting their bodies on the line to snuff out the efforts of world record Test match goalscorer and Southerns captain Pietie Coetzee and company.

At the other end, EP had two or three clear-cut chances and on another day the 2013 SA Junior World Cup forward Toni Marks and captain and 2004 Athens Olympian Liesel Dorothy might have buried them. But four minutes after the changeover Southerns went ahead when Christine Roos picked her spot after the Johannesburg lasses had worked the ball well upfield.

In the 44th minute penalty corner injector Lisa Deetlefs made it 2-0 after the ball came back to the SA player following a goalmouth melée. From this point, although both sides kept working hard and there were sporadic moments of excitement, some of the electricity went out of the game.

In the lower-tier B Section, the KZN derby between an upbeat Inland and a hurting Mynahs should warm things up in the 8am “dawn patrol” encounter.

The cross-pool playoffs are on Friday with the finals on Saturday. 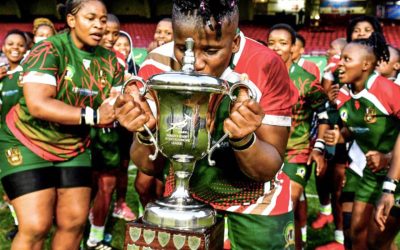 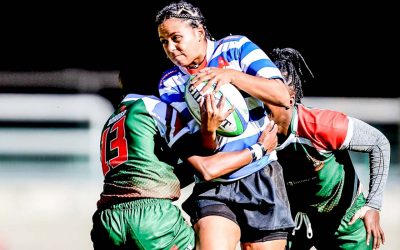