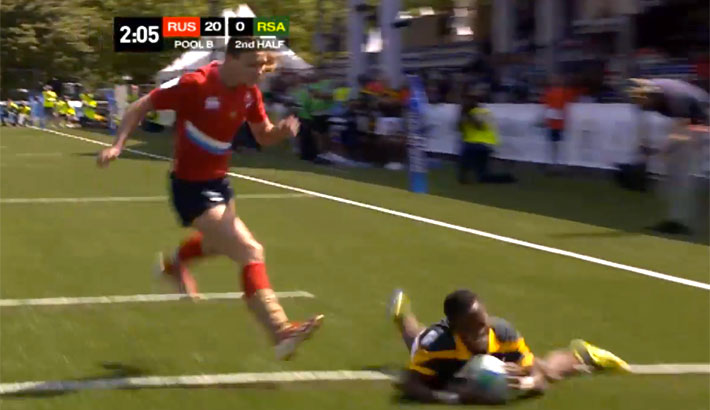 The Springbok Women Sevens started the Amsterdam IRB Women’s Sevens World Series on a disappointing note on Friday as they suffered defeats in all three pool matches on the opening day.

With only two tournaments this year to prepare for the World Series event and the team being drawn in a challenging pool with Russia, Australia and France, the Springbok Women Sevens expected a heavy onslaught, and unfortunately for coach Renfred Dazel they battled to match the opposition.

The team went down 20-5 in their opening match against Russia and then suffered a disappointing 29-7 defeat against World Series title contenders Australia. Both teams are among the eight sides which form the core group on the IRB Women’s Sevens World Series circuit.

With France securing an invite to the tournament, similarly to South Africa, Dazel’s charges hoped to bounce back strongly in their closing match of the day, but the determined French outfit dominated from the start and managed to register a convincing 26-0 victory.

The Springbok Women Sevens will face Spain in the Bowl Semifinal at 13h28 on Saturday. Netherlands and Ireland will contest the other Bowl Semifinal.

In the Cup Semifinals Australia will meet Brazil, Canada will take on the US, England will battle it out with France and World Series log leaders, New Zealand, will go head-to-head with Russia.

Main photo caption: Zintle Mpupha scored South Africa’s first points of the 2014 IRB Women’s Sevens World Series finale in Amsterdam, when she crossed the line for the Springbok women’s sevens team late in the second half of their tournament opening 5-20 loss to Russia, on Friday, 16 May, 2014. Losses to superior opposition in Australia and France see the Boks face Spain in the tournament’s Bowl Semi-Final, at 13:28 on Saturday. Photo: Screengrab of IRB match streaming video

Second photo caption: Veroeshka Grain scores South Africa’s only try of the match, early in the second half of their fixture against IRB Women’s Sevens World Series title contenders Australia, on Friday, 16 May, 2014. The fixture ended with Australia beating SA 29-7 after Grain’s try was converted by skipper Zenay Jordaan, for SA’s best match return of their Pool B fixtures. Photo: Screengrab of IRB match streaming video