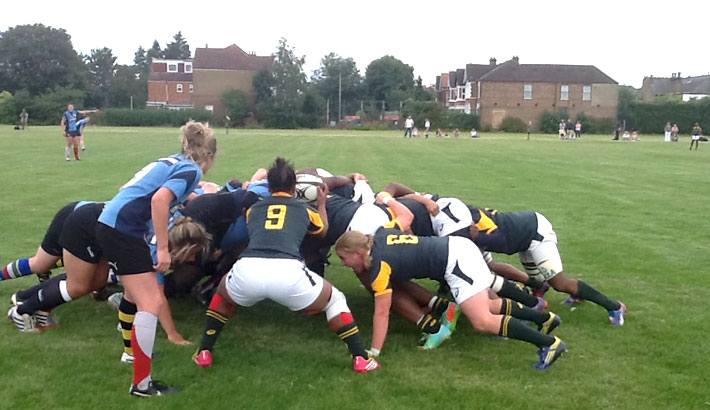 Springbok Women’s coach Lawrence Sephaka on Thursday named five debutants in his 23-member squad to face France in Marcoussis on Friday, in the final match on their Rugby World Cup warm-up tour. The tour was made possible by a R2,3m grant from the National Lottery Distribution Trust Fund.

Uncapped fullback Cindy Cant, wing Nosiphiwo Goda and flank Rachelle Geldenhuys were named in the starting team, while replacement loose forward Shona-Leah Weston and fullback Siviwe Basweni will make their Test debuts if they take to the field.

“This experience will benefit them immensely going into the Rugby World Cup, especially since the quality and tempo of the clash against France will be higher than that against the Nomads. This is a fantastic opportunity for the players to prove their worth.”

Sephaka expected his players to be challenged mentally and physically, but he believed that the matches against the Nomads prepared the team well for the match.

“France proved in the Women’s Six Nations what a talented unit they are, so we expect them to come out firing on Friday,” said Sephaka.

“They are very physical, and they target the set pieces to gain ascendency, so we are anticipating a massive forward battle. Over and above this, they have skilful and fast backs, so we will be tested in all areas.

“That said, the Nomads played a similar style of rugby to that which we expect from France, so those matches served as ideal preparation. We have worked hard on the areas of our game that let us down in those matches, and we hope to see the team improve on their performance on Friday.”

The Springbok Women have only faced France once in the 15-a-side code in the Nations Cup in 2009 and the result was a 17-17 draw. To Sephaka’s delight seven players in this squad played in that match. This group included wing Phumeza Gadu, loose forward Lamla Momoti, and prop Cebisa Kula.

“These players know what to expect from France, and so will the Sevens players who recently faced them on the Sevens circuit, so they all understand that this will be a tough test mentally and physically,” said Sephaka.

The team will arrive back in South Africa on Sunday, with the players having a week off before assembling in Cape Town for their World Cup holding camp on 14 July.

They will depart for the international showpiece on 27 July, with their opening match against Australia taking place on 1 August, to be followed by pool matches against France and Wales on 5 and 9 August, respectively.

Photo caption: Springbok scrumhalf Fundiswa Plaatjie feeds her scrum during South Africa’s second interantional friendly against the Nomads, at the at Wasps Football Club in London, on Tuesday. Photo: Supplied