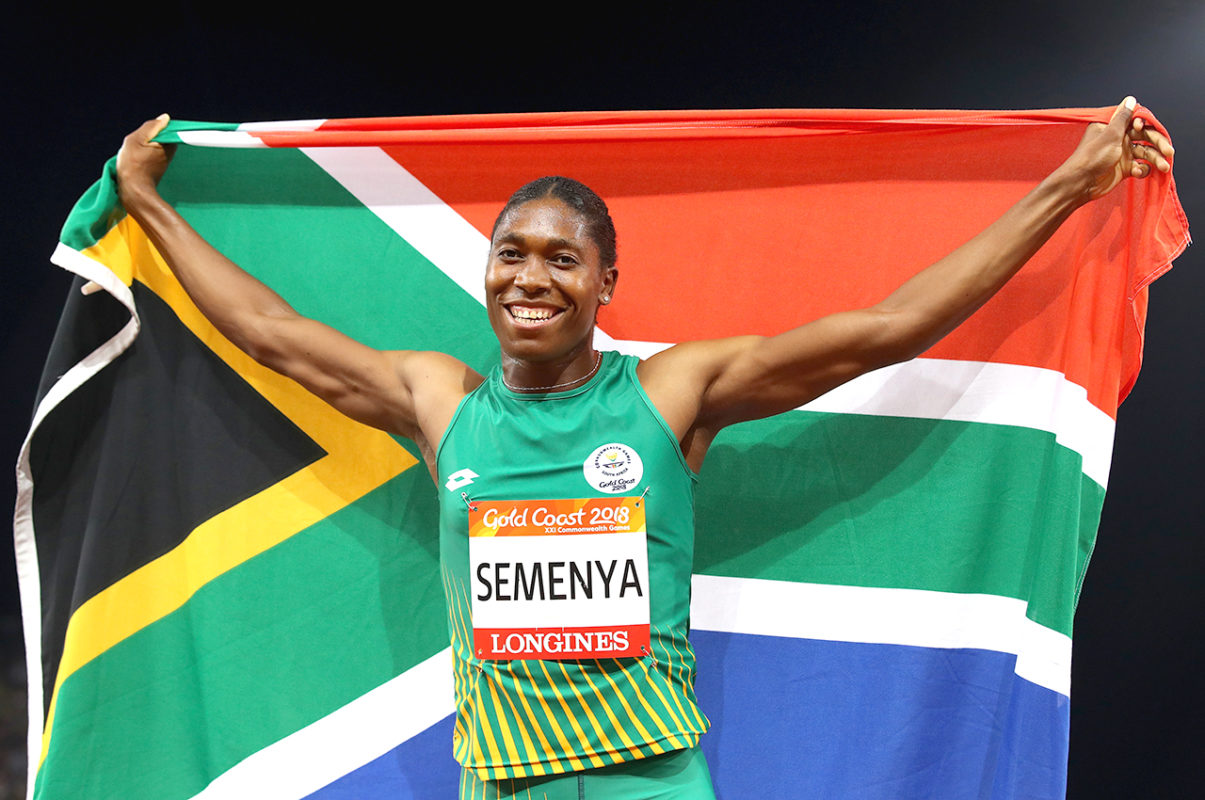 Double Olympic and triple World Champion, Caster Semenya, has lauded the impact of gsport on the women’s sport landscape.

Semenya is vying for her fifth gsport Athlete of the Year award, up against Thembi Kgatlana and Gerda Steyn, in a fiercely contested category.

She is proud to be a multiple gsport Award winner.

“What I have learnt from gsport is that the recognition received is something nobody can take from me.” – Caster Semenya

“It has grown me into the woman I am today, and I am willing to do a lot to help gsport become even bigger and bigger.”

Speaking on the occasion of the initiative’s thirteenth birthday, Semenya reflected on the first time she heard about gsport.

“It was 2011. For me personally, I thought it was a great initiative, especially for women, because if you look at women in sport in South Africa, it was not really supported at the time so an initiative that was established by a female supporting other females, I think that is very strong. That motivates women to do more, for them to work hard because if you get recognition like that and you are celebrated, you get a boost and then you want to do more so you can achieve and be the best you can be. After all, all women want to be the best.”

Semenya is a big fan of the gsport Awards and speaks fondly about wanting to grace the Awards stage.

“If you look at Penny Heyns, Blanche Moila, Natalie du Toit… everyone looked up to them, everyone wanted to be like them. Everyone wants to win the gsport Award.” – Caster Semenya

“If you look at the line-up, you want to be Athlete of the Year or Woman of the Year. So, these are the things you are inspired to achieve.”

She says it is about more than just winning an award.

“If you look at the history, those who have won multiple times are the ones who inspire the next generation. We look up to them, they look up to us, so that’s what the initiative is all about. It’s all about empowering women and celebrating resilience in sport. It is just a beautiful initiative.”

From humble beginnings to growing into Africa’s only national women’s sport Awards, Semenya beams with pride as she talks about the initiative’s growth.

“From where it has started, it has grown into a massive initiative because now it has attracted a lot of attention. If you look at the previous winners, it looks beautiful and now even Sport and Recreation South Africa is involved. If you look at sponsorship, the support we are getting as women and also the impact it has made in women’s sport.

“It has made a huge impact because now women are being recognised, women are being taken seriously and there is a lot of change already, so it has grown in a massive way that nobody could have imagined. I am sure you yourself are bit surprised because you never thought you would be where you are today.”

Semenya gets thoughtful when she speaks about the role of gsport4girls on her sporting journey.

“To me, it meant everything because whether I am down or winning, gsport has been there for me.” – Caster Semenya

“The support has been massive. I felt appreciated, I felt loved, so it is massive. I have learnt how to appreciate people.

“With gsport, it doesn’t matter the colour of your skin, where you come from, it is all about celebrating talent. Those are the things that I have learnt, and I am still learning more. In future, I will be part of gsport, I always say that.”

Confronted with her undisputed status as a barrier-breaker for women in South Africa, Africa, and the world at large, Semenya is humble in response:

“When you talk about barrier breaker, I think it comes down to where you come from. For me, I always wanted to be the best woman in the world, especially in my field. If you want to be the undisputed champ, you have to work hard, you have to be dedicated, focussed, determined and passionate.

“But I never imagined that I would touch lives of young people and also elders,” Semenya continues. “gsport taught me to shift the focus from myself and do more for others.”

Photo 1 Caption: Caster Semenya pictured in winning ways that has seen her unbeaten in four years, and crowned Double Olympic and triple World Champion. In this image, Semenya celebrates gold in the Women’s 800 metres final on day nine of the Gold Coast 2018 Commonwealth Games at Carrara Stadium on April 13, 2018 on the Gold Coast, Australia. Photo: Mark Kolbe/Getty Images