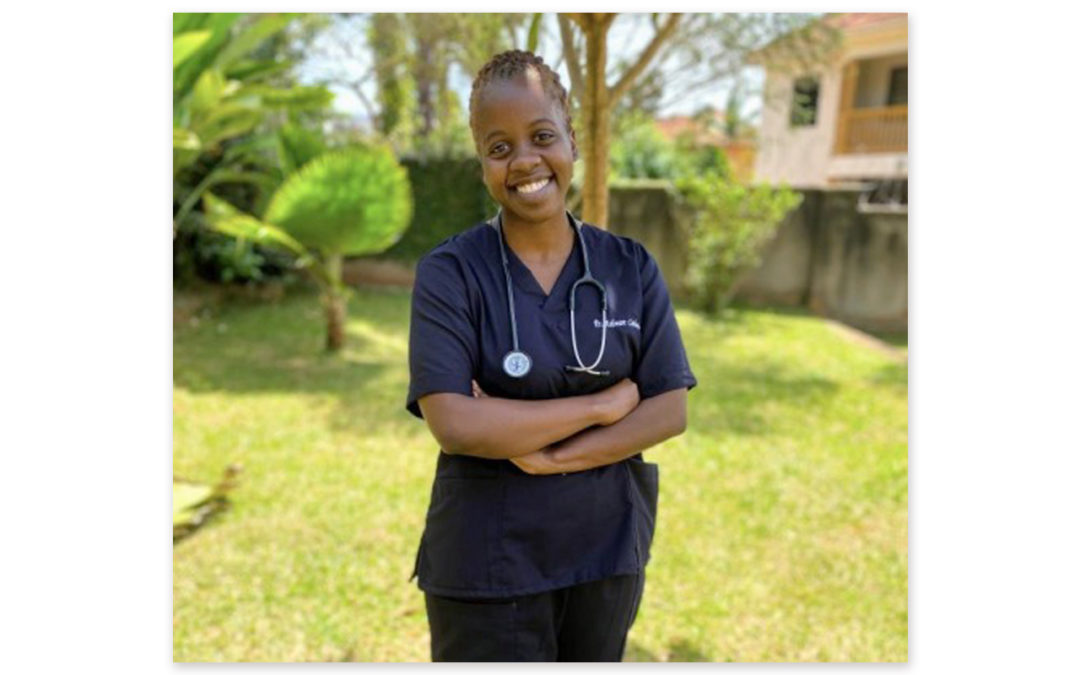 Meet Catherine Asiimwe, a newly graduated medical doctor and Go-Ju-Kai Dojo Karateka, who also aspires to be a sports physician who helps athletes achieve their goals.

Growing up, the Ugandan-born’s interest in karate was sparked when she watched lessons take place at the gym that was next to her swimming class.

One day, her coach sent her to the gym for leg strengthening exercises and it was there that she decided to give up swimming and join the karate team.

Asiimwe admits that karateka is more than just her profession but a way of life that keeps her going.

She is also big on education and believes that athletes should have a balance between their studies and sporting careers.

Speaking with Nonto Nothana, Asiimwe shares her thoughts on the state of women’s sport in Africa and shares advice to young girls who aspire to juggle education and a sporting career.

Catherine, thank you for taking your time out of your busy schedule to chat with gsport. Who is Catherine Asiimwe?

Catherine Asiimwe is a newly graduated doctor who takes pleasure in exploring her physical and mental capabilities, and just experiencing life to the fullest.

You’re also a Katereka by profession?

I’d like to think so, yes. Though it’s way of life than a profession. Once you start, it’s something that you do as naturally as eating a meal or taking a shower in the morning.

Why karate and not any other sport?

Well, I actually started out as a swimmer but the karate dojo was just next to the swimming pool, and I’d watch them practice every day and my heart would just leap. One day, my swim coach sent me down there for some leg strengthening exercises and to his utmost dismay, I just never went back to the pool.

How has life been like growing up in Uganda?

I actually grew up mostly in Zimbabwe, we moved there as kids when my dad got a job that side and we lived there as foreigners. I moved back here about six years ago for medical school and well, to live out the rest of my life here I guess.

How do you juggle being a medical doctor and a karateka?

It is so difficult, especially now that I’m actually working in a hospital. In medicine school it was a teeny bit easier because it was not mandatory to stay on the ward and see every last patient.

I’d have free evenings and head out to the dojo at 5:30 pm, and still be able to catch group discussions at 8:30 pm. Now I find myself having to train at very odd hours because the patients have to come first! I get so tired but it’s not something I’d ever think twice about.

What made you fall in love with being a medical doctor?

Well, as a child we discovered I had a rare condition called fibrous dysplasia that weakened the bone in my right leg. That meant that any stress I put on it would make it curve out and lead to deformity. I went through a serious of operations before I was deemed fit for normal physical activity.

I guess the constant exposure to a hospital setting, as well as the amazing orthopaedic team that worked on me made me realize that I wanted to give patients the same hope. Knowing that you have a doctor who cares about you and genuinely wants you to get better is like half of the treatment already. My doctor even took his fees out of the surgery just so he could see me get better. He really inspired me.

What is your take on the current state of women’s sport in our continent?

Honestly, women in Africa aren’t raised to believe that they are capable of much to begin with. So many sports lack active participants. I was one of two females on my team in Uganda for some good time! It’s a mental prison! A prison we really need to break ourselves out of. The sorting world in Africa is predominantly male driven, we have to make a big bang – full fireworks and explosion if we also want to make the same impact.

What do you still hope to achieve and finally say “now the world is my oyster”?

The world is already my oyster. I don’t believe that life can be reduced to a series of achievements one has to make before they can be satisfied with themselves. It’s about experiencing the now, living each moment to the fullest, connecting with those around you and just finding joy in pure existence. Having said this, I do aspire to be a sports physician and help sports people achieve all they wish to with the confidence of knowing I’m here to optimize their bodies for the task.

What advice can you give to a young lady who would love to be a karateka and still pursue an educational career?

When you think about it, it seems like such an impossible task. But the truth is, the hours you spend relaxing and watching movies or hanging out after class, you just need the discipline and sacrifice to give up those few hours of chill so that you can grow in your sport. If you really love it, then you won’t even feel it. You’ll actually be way more productive than the average student if you calculate your time wisely. 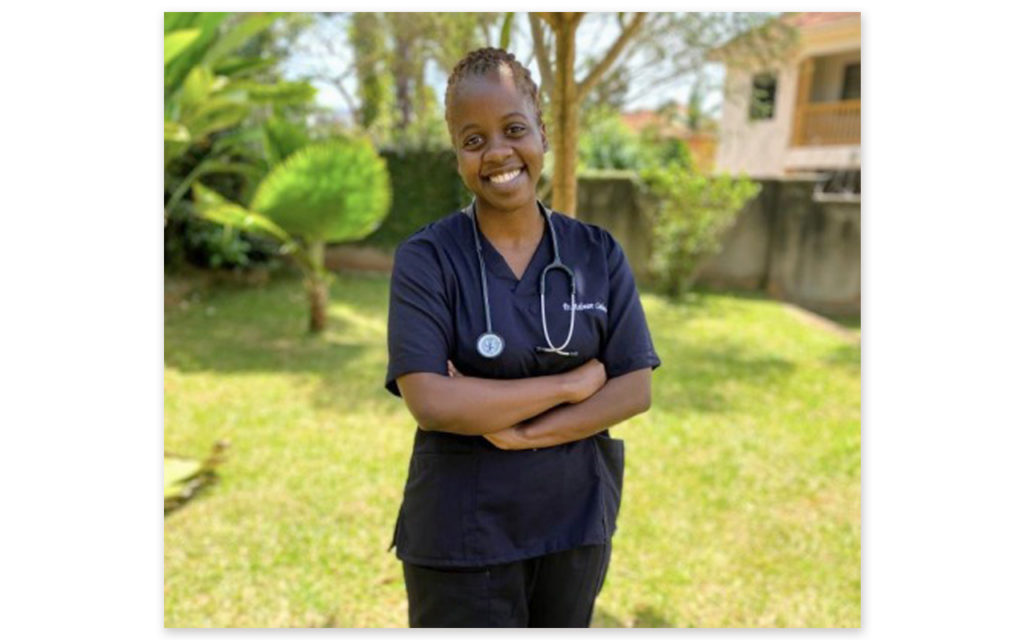 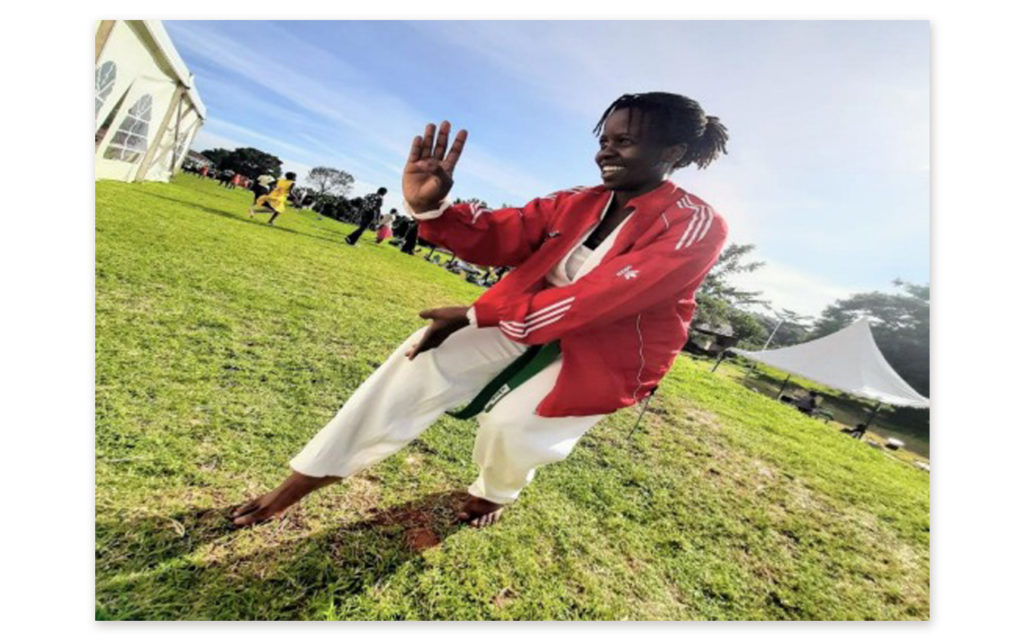