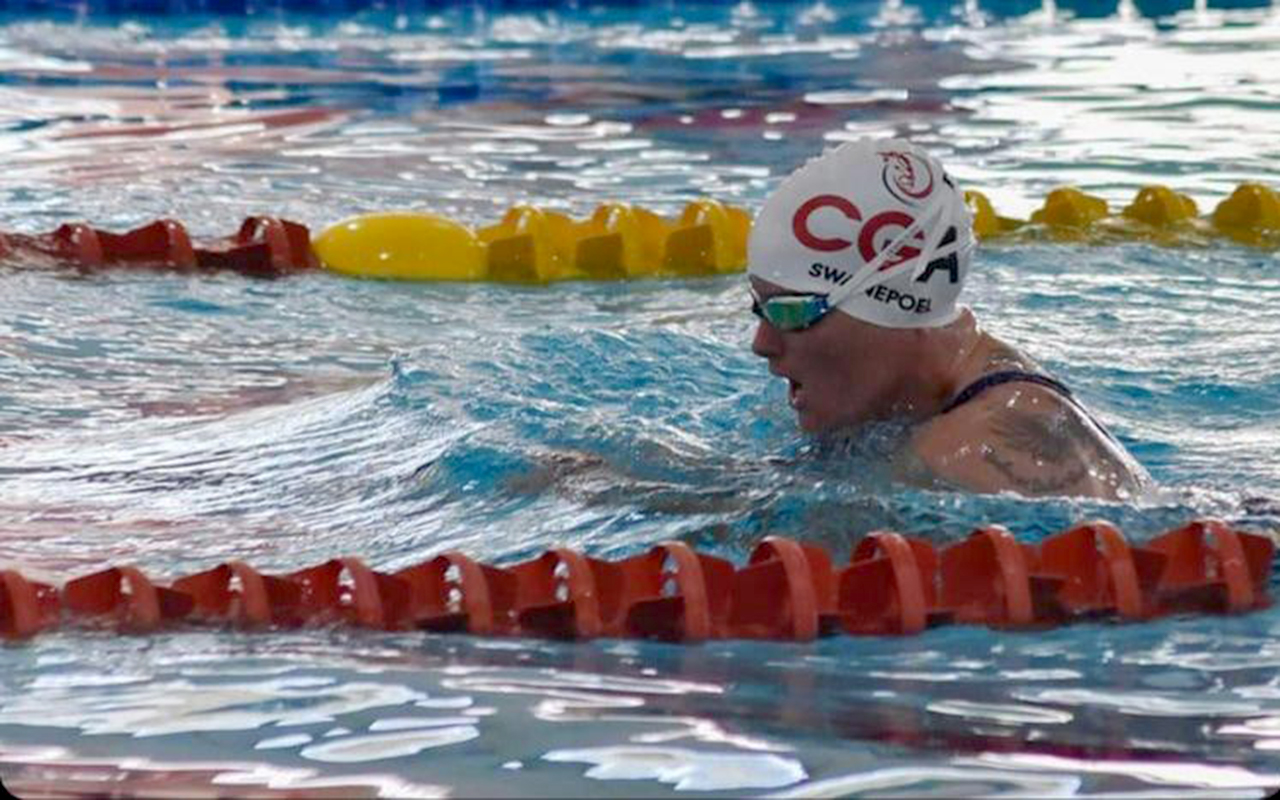 Kat Swanepoel was over the moon with her Paralympic Qualification and new South African Record time in the multi-disability section on Day Two of the SA National Aquatic Championships, taking place at the Newton Park Swimming Pool in Gqeberha.

Erin Gallagher just missed out on a Qualification time in the 100m freestyle when she sprinted to the gold medal in 54.89, 0.51secs off the required 54.38, while Aimee Canny finished a close second in 54.91 and Emma Chelius was third in 55.04.

The staging of this event has been made possible through the support provided by Swimming SA partners, Sport and Recreation South Africa, SASCOC, National Lotteries Commission, Arena and Rand Water.

Photo 1 Caption: In the multi-disability section, Kat Swanepoel was over the moon with her Paralympic Qualification and new South African Record time on Day Two of the SA National Aquatic Championships taking place at the Newton Park Swimming Pool in Gqeberha. Photo: Supplied