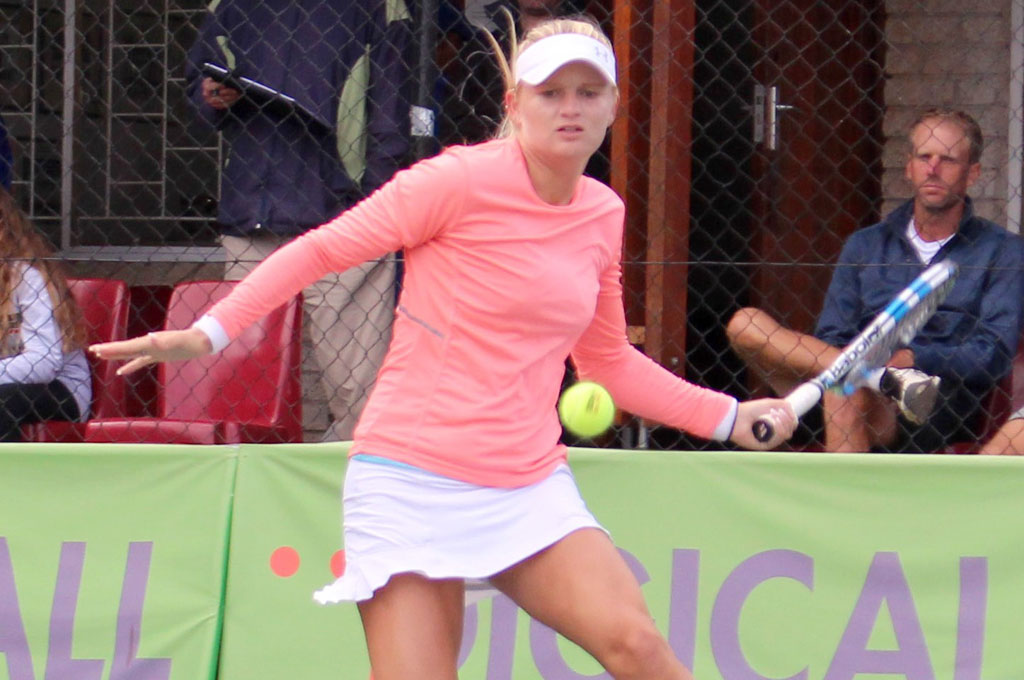 Top-ranked Chanel Simmonds made it two titles in a week at the final of the Digicall Futures 2 tournament, when she won the final against Russia’s Margarita Lazareva 6-1, 6-3.

The score shows that it may have been easy, but Simmonds will be the first to point out that she worked hard to win the University of Stellenbosch-hosted match against the third seed.

“I myself am left-handed, but like any other player I don’t like to play against left-handed players. Everything is just different!

“I was prepared for a fierce battle after our semi-final of last week, when we played three sets. But I won the important points today, and that was the difference.

“It was not easy, but I’m playing good tennis at the moment and I really enjoy playing here,” said Simmonds.

Meanwhile, the seeds and wild-cards for the Digicall Futures 3 international tennis tournament at the Maties Tennis Club at the University Of Stellenbosch was announced by Tennis South Africa on Monday.

The third and final Digicall Futures tournament has started with qualifying matches already, but main draw action will start on Tuesday.

South Africa’s Chanel Simmonds was named as top women’s seed for this week’s tournament with Zimbabwean Valeria Bhunu seeded to meet Simmonds in the final.

Simmonds is the only South African seed in the women’s draw.

The main draw will be played from Tuesday 15 November, with the final scheduled for Sunday 20 November.

The Digicall Futures 3 is the last of three back to back international men’s and women’s tournaments being played in Stellenbosch.

Photo 1 caption: Top seed Chanel Simmonds (South Africa) made it two titles in a week at the final of the Digicall Futures 2 international tennis tournament concluded at Stellenbosch on Sunday, 13 November, 2016. Photo: Supplied

Photo 2 caption: Simmonds presents her second trophy won in the space of a week, after beating 3rd seed Margarita Lazareva (Russia) in straight sets at the University of Stellenbosch on Sunday. Photo: Supplied