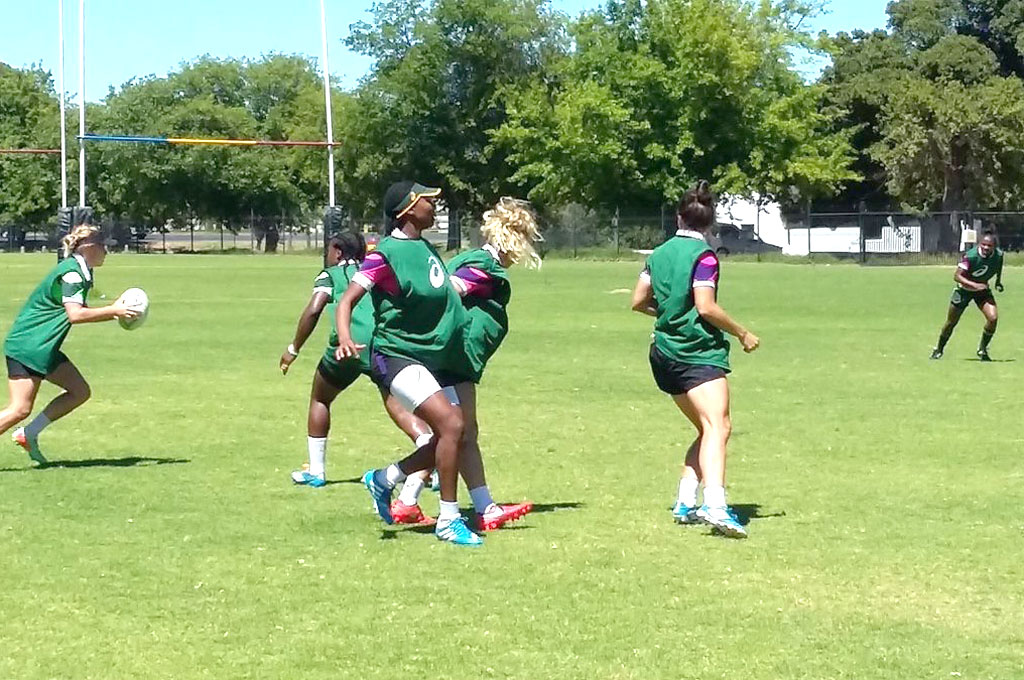 The Springbok Women’s Sevens face a tough draw in Dubai on 1 and 2 December with clashes against Australia, the USA and Russia lined up in the pool stages.

The South Africans will kick off the Dubai World Rugby Women’s Sevens Series against Olympic gold medallists Australia, who will enter the season-opening tournament as World Series defending champions. They will then take on the USA and Russia, who finished in sixth and seventh place respectively on the 2015/16 standings.

The top teams will advance to the Cup section on Friday, 2 December, while the lower-placed teams will battle it out for positions 5 to 12 on the log.

“This is a challenging pool, and it certainly doesn’t get tougher than meeting the defending tournament and series champions in our opening match,” said Renfred Dazel, Springbok Women’s Sevens coach.

“But we are pleased about that because the players have to be switched on from the outset.

“One of our main objectives this season is to play our way back onto the World Series circuit, so this pool will serve as a good test for the players to measure themselves against teams who have proven that they have it takes to make it at this level.”

Dazel was pleased with the team’s preparation in the last two weeks following their short break, and said the players are looking forward to the challenge.

“The core members of our squad have played on the World Series before and they all have a deep desire to be back at that level, while the younger players entered the squad with the goal to achieve that, so everyone is excited about the opportunity to play in Dubai,” said Dazel.

“The players have been working very hard on the field and in the gym to be in the best possible condition for the tournament and it has been pleasing to see how committed they are the cause.

“If we can transfer the high tempo of our training sessions onto the field in Dubai and implement that which we have been working on in terms of our attack and defence, I believe the team can be competitive.”

Dazel will announce his team for the Dubai tournament next week.