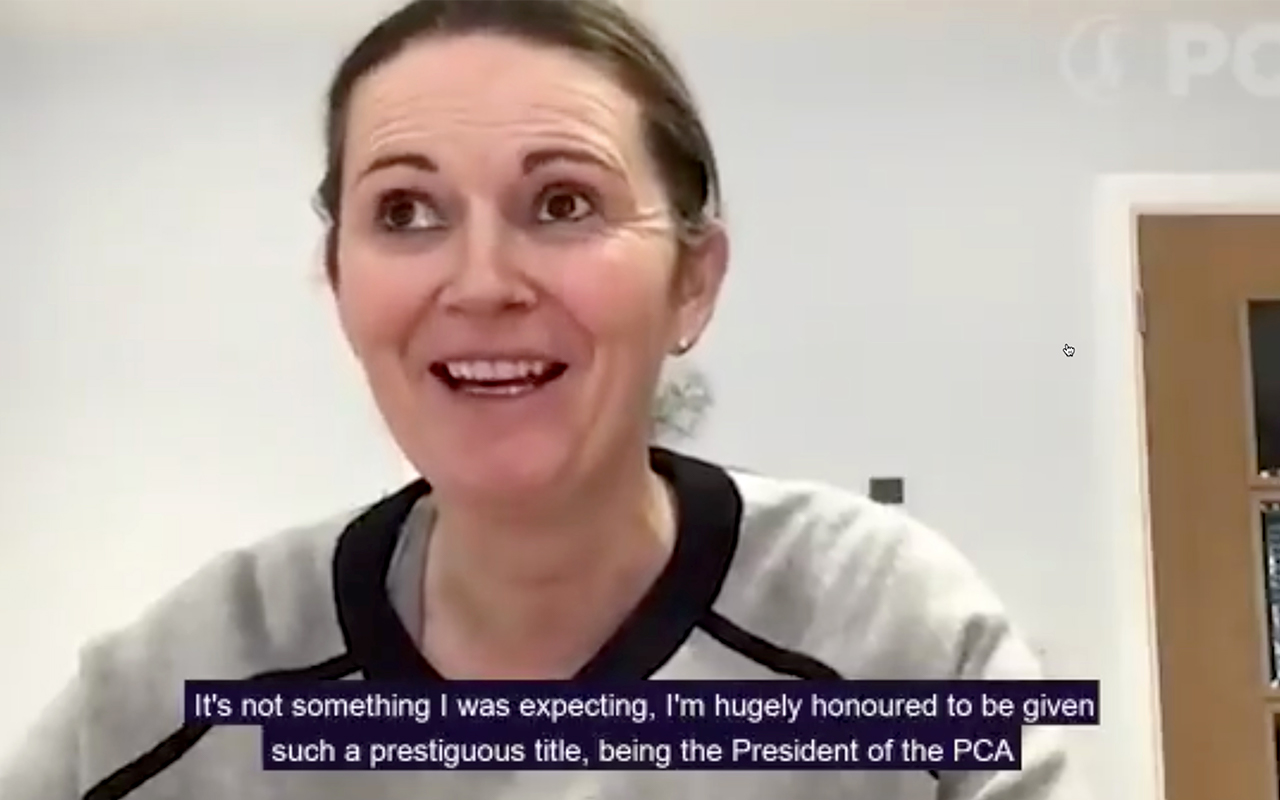 England cricket legend Charlotte Edwards has become the first female President of the Professional Cricketers’ Association, which champions the ongoing interests of professional cricketers in England and Wales.

She was elected by the Players’ Committee at the Association’s Annual General Meeting (AGM) on Thursday and committed to putting her best forward for both men’s and women’s cricket.

Having been awarded an MBE in June 2009, shortly after leading England to successive ICC Cricket World Cup and T20 World Cup victories, Edwards became a PCA member after an historic agreement was struck between the PCA and the England and Wales Cricket Board (ECB) in April 2011.

“I’m hugely honoured to be given such a prestigious title in being the President of the PCA. It’s an exciting time for women’s cricket and I’m really excited about what I can bring to the role.” – The first-ever woman President of the England and Wales Professional Cricketers’ Association, Charlotte Edwards

She was one of the first 18 women cricketers to be awarded an England Central Contract in May 2014, the same year she became the inaugural winner of the NatWest PCA Women’s Player of the Year award. Edwards went on to make her final international appearance against Australia at the 2016 ICC Women’s World Twenty20.

In retirement from playing, Edwards has become a highly respected figure on the coaching circuit, leading Southern Vipers to victory in the Rachael Heyhoe Flint Trophy last summer. She will continue to be head coach of the Vipers alongside her duties as PCA President, and is also set to be head coach of Southern Brave during the inaugural Hundred.

Alongside Edwards’ election, and as a significant boost to women’s cricket, a brand-new Women’s Player Committee has also been created to provide a stronger voice for the women’s game. The group will be made up of seven players, including the four reps from the regional centres, and will have voting rights on specific women’s only issues.

🗣️ “I’m hugely honoured to be given such a prestigious title in being the President of the PCA. I’m really excited about what I can bring to the role."@C_Edwards23 was announced as the new PCA President at today's AGM.

The PCA also ratified its own expansion to include four new female reps, who will cover the eight regional centres in the women’s game ahead of a huge season for women’s cricket which will see 20-over and 50-over competitions as well as the beginning of The Hundred.

Alex Hartley will be the rep for Thunder and Northern Diamonds, and she’ll be joined by Sophie Luff (Western Storm and Central Sparks), Tara Norris (Southern Vipers and South East Stars) and Naomi Dattani (Sunrisers and Lightning).

New PCA President, Edwards, said: “I’m hugely honoured to be given such a prestigious title in being the President of the PCA. It’s an exciting time for women’s cricket and I’m really excited about what I can bring to the role. I think the introduction of 41 new female members to the PCA has shown it’s the right time to have a female PCA President, but I’m passionate about looking after the interests of the men’s game as well in order to help cricket thrive as a whole.

“I’ve done a lot of work with the PCA, on and off the field, and it’s been quite the journey from being an amateur, to becoming a PCA member in 2011 and now helping to support the next generation of players in this role.

“I’ve always followed what the PCA are doing for the game, and in particular the work of the Professional Cricketers’ Trust, and I really do want to be as involved as I can be. The game has given me so much and now this is the perfect opportunity for me to give something back.”

PCA Chair, Harris, said: “There is huge respect amongst the PCA membership for what Charlotte has achieved in the game, so I’m delighted to have the opportunity to work with her to drive forward the aims of the PCA during the coming years.

“Whilst Charlotte’s election undoubtedly headlined this year’s AGM, the meeting once again provided an ideal opportunity for players to discuss key issues ahead of the coming season.

PCA Chief Executive, Rob Lynch, said: “On behalf of everyone at the PCA, I would like to congratulate Charlotte on her election as PCA President. I would also like to place on record my thanks to the outgoing Graham Gooch, who has been an outstanding President during his three years in the role.

“The PCA is entering a crucial period, looking ahead to a busy season having navigated the challenges of the Covid-19 pandemic during the last 12 months. It is an challenging yet exciting time for the game and we are looking forward to being at the forefront of decision-making processes.”

Photo Caption: A screengrab of a live-stream of England cricket legend Charlotte Edwards on her becoming the first female President of the Professional Cricketers’ Association, which champions the ongoing interests of professional cricketers in England and Wales. Image: Screengrab of video posted to Twitter