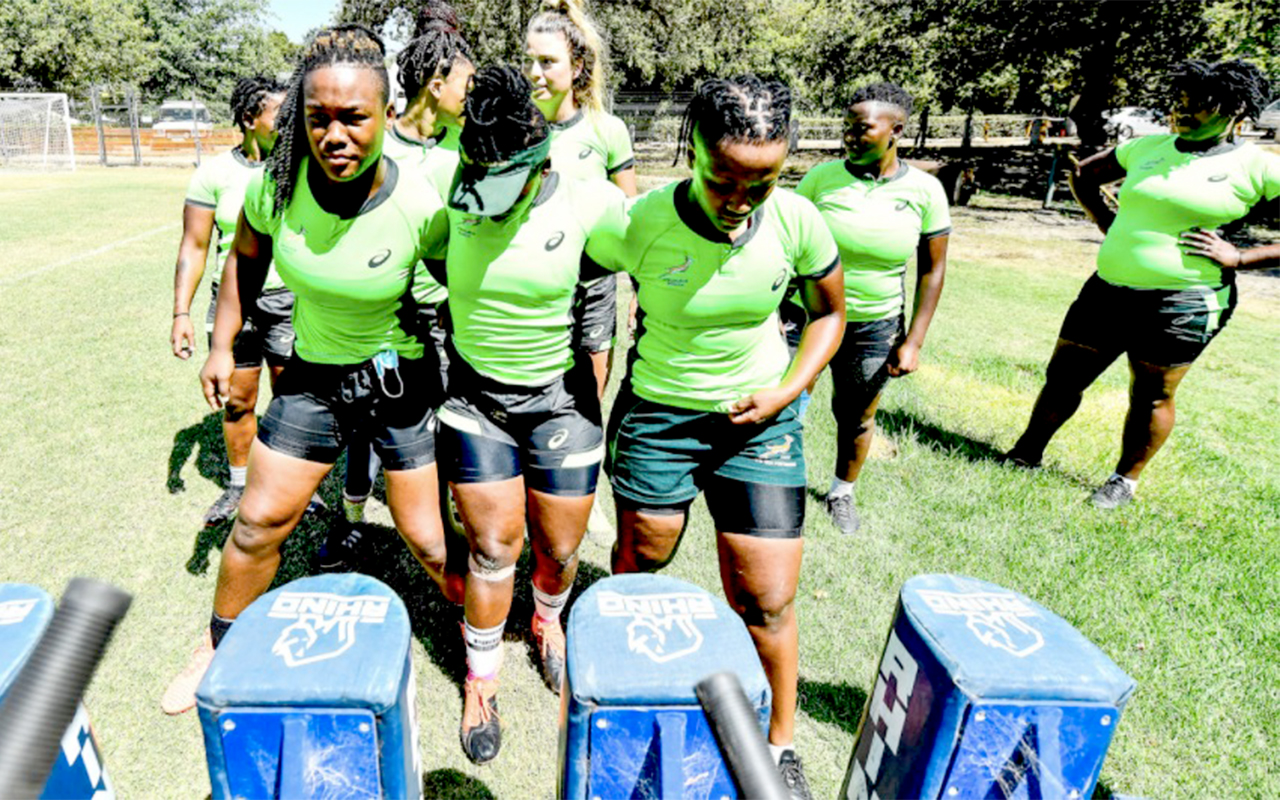 Springbok Women’s coach Stanley Raubenheimer expressed his satisfaction with the strides being made by his charges at their training camp in Stellenbosch as the countdown continues to the Rugby World Cup in New Zealand in September.

Raubenheimer assembled a squad of 24 players early in January for the first stage of the two-and-a-half-month camp, with his training group set to expand to 40 players from 14 to 28 March.

The Springbok Women will face France at Eden Park on Saturday, 18 September, at 04h15 (SA time), England on Thursday, 23 September, at 09h15 at the Northland Events Centre in Whangarei, and Fiji on Tuesday, 28 September, at the Waitakere Stadium in Auckland at 05h45 in their Pool C matches.

“In terms of the rugby aspects we are not too far off from what we want to achieve.” – Springbok Women’s coach, Stanley Raubenheimer

“The conditioning, which was the main purpose of the training camp is picking up very nicely, and the players are adapting well to the load we are putting on them.

“In terms of the rugby aspects we are not too far off from what we want to achieve at this camp.”

With a strong foundation to work from when the enlarged group of 40 players gathers, Raubenheimer said the focus would switch slightly for that phase of the camp.

“When the other players arrive we will build on what we have been doing, but I would also like to factor in match simulation to see how we implement some of the aspects we have been working on since last year, as we haven’t had a chance to do so in a game situation,” said the coach.

“We are planning on playing three matches within the expanded squad and almost simulating a World Cup time frame, so that we can see how the players handle the challenge of playing three games within four days of one another.

“Every time there are new faces there is a different energy and the players who have been in the group push themselves harder.” – Raubeheimer speaks on the dynamic of the group in camp.

“So, the focus of the camp will be on match preparation and how we handle that.”

Raubenheimer also expected a new dynamic in the group for the last two weeks, saying: “It is always a good thing to have more players in the set-up.

“Every time there are new faces there is a different energy and the players who have been in the group push themselves harder.

“We have a culture of hard work in our squad and I expect the players who were not available for this part of the camp to bring a renewed freshness to training, and an excitement to prove that they need to be here.”

With less than seven months to go before the international showpiece kicks off, Raubenheimer was pleased with the strides being made by the players.

“We are on track, so I am happy with that,” said coach Raubenheimer. “We have another five-week camp later in the year, and since time is the only thing we don’t have, we are making the most of the time we have together,” he concluded.

Photo 1 Caption: The Springbok Women’s squad pictured in training at the national team’s camp in Stellenbosch ahead of the Rugby World Cup in New Zealand. Photo: Springbok Women (Twitter)