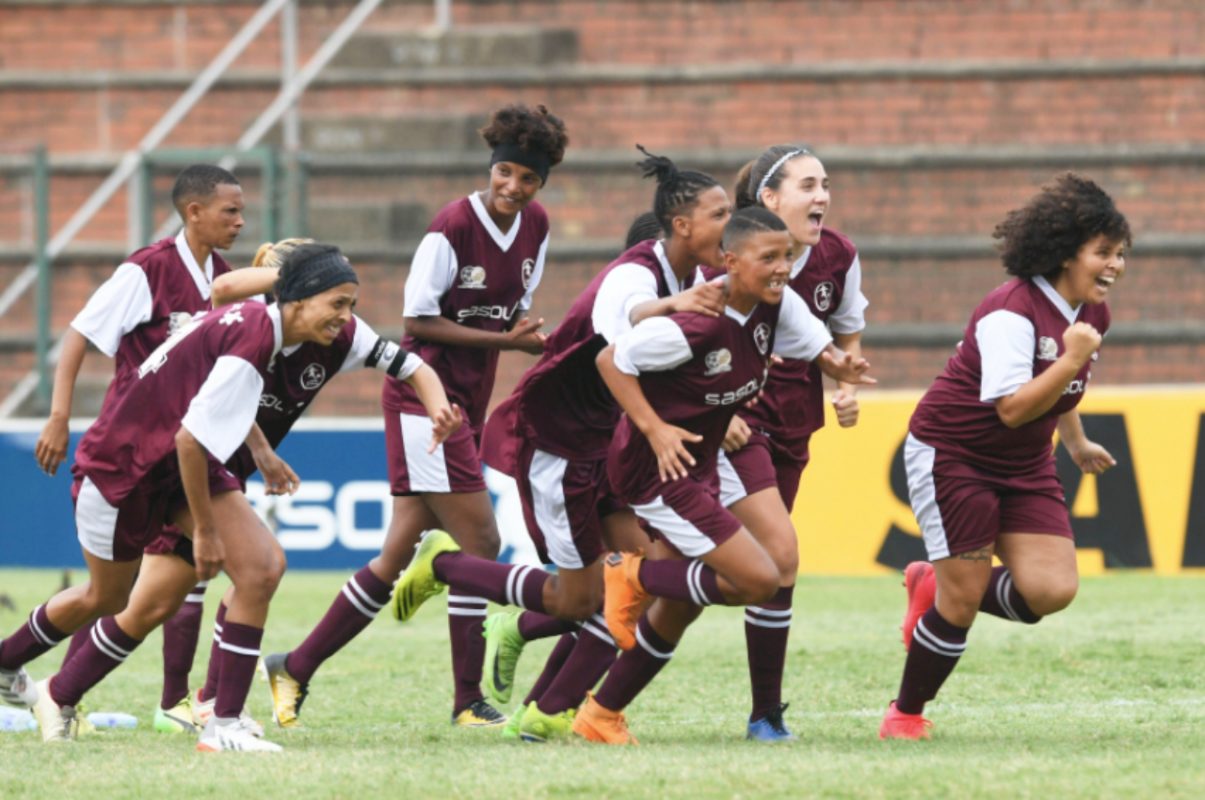 City Lads and Vasco da Gama will go head-to-head in the final of the Sasol League National Championships on Sunday, 13 February 2022.

On Friday, the first semi-final saw Lindelani Ladies and City Lads battle it out to the last minute.

Lads fought tooth and nail to book their place in the final round as they beat Lindelani Ladies FC 3-2. Nandipha Booi becoming was named Diski Queen after scoring a hat-trick with winning goal in the 92nd minute.

In the second semi-final, Vasco da Gama defeated Croesus Ladies 4-3 on penalties after the match ended 1-all in regulation time.

While both semi-final winners have earned promotion to the Hollywoodbets Super League, they will be eager to win the Sasol League National Championships title and the R200 000 prize money on Sunday, 13 February.

Photo 1 Caption: Vasco da Gama defeated Croesus Ladies 4-3 on penalties after the match ended 1-all in regulation time, to advance to the final of the Sasol League National Championships final against City Lads on Sunday, 13 February 2022. Photo: Sasol League (Twitter)