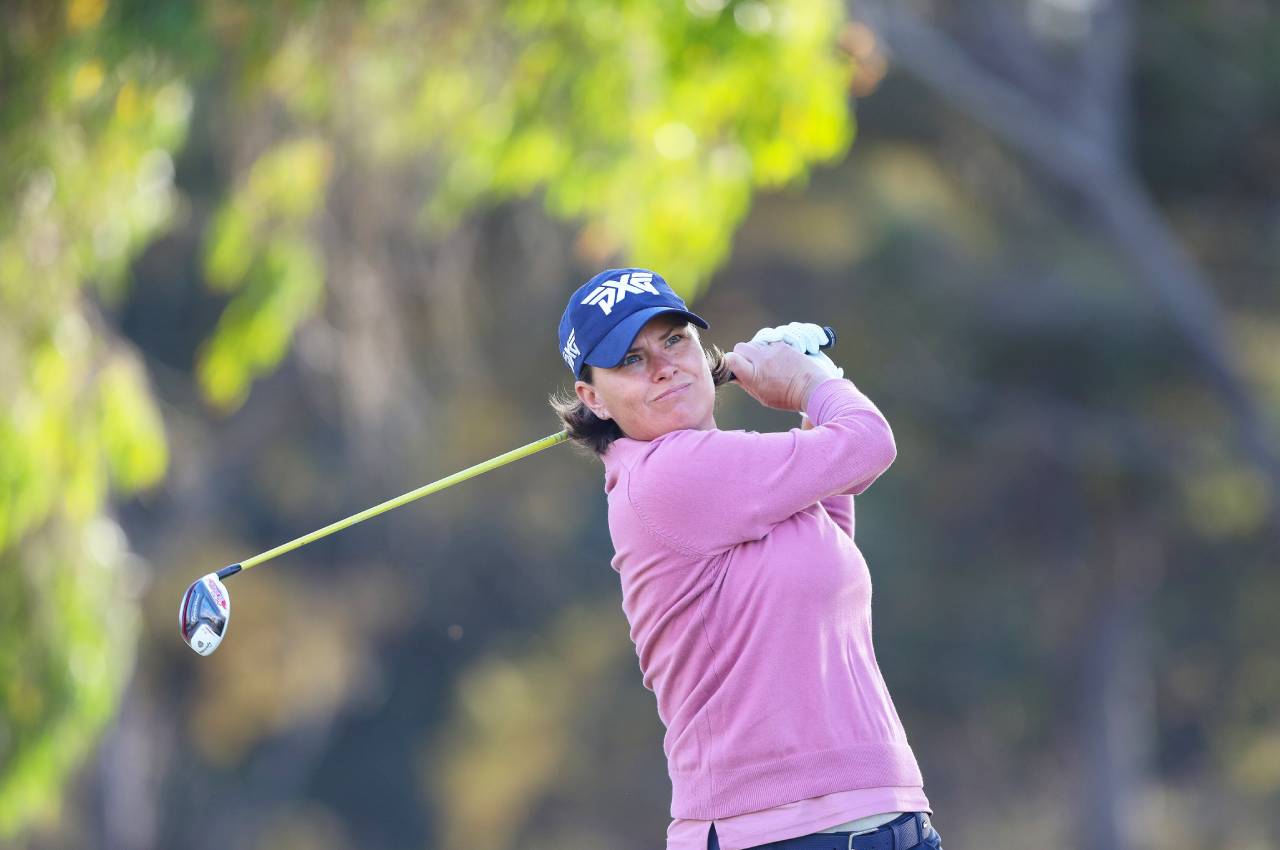 Lee-Anne Pace was right where she loves to be when action wrapped up on day one of the Cape Town Ladies Open in the Mother City on Monday, 27 January 2020.

Confirming the adage that form is temporary, but class is permanent, Pace went around King David Mowbray’s 5,622 metre course in level par 72 to open a one-shot lead in the Sunshine Ladies Tour 2020 season-opener.

The former LPGA Tour winner and nine-time Ladies European Tour champion was delighted to lay down a marker in the 2020 Sunshine Ladies Tour season-opener.

“I played maybe four competitive rounds in the last six months and I haven’t played the course before, so my expectations were pretty low,” Pace said.

“I made a really bad start with a double on the second hole and a quick bogey after on the fourth.

“I got one shot back on the sixth and had a pair of birdies coming home to get it back to level. But really, my caddie was the hero of the day. He was absolutely brilliant.”

“The course is interesting. It is heavily tree-lined and with the wind gusting at 45 km per hour, it was playing very tight.” – nine-time Ladies European Tour champion, Lee-Anne Pace.

Sixteen-year-old Jere Brits, a former Bridge Fund Managers Junior Series winner who plays out of Durbanville Golf Club, is the son of one of Pace’s close friends.

“Jere knows the course really well and I asked him to take the bag. The course is interesting. It is heavily tree-lined and with the wind gusting at 45 km per hour, it was playing very tight.

“He was brilliant with clubbing, the lines and the greens. I couldn’t have done it without him. Jere wanted to get a little taste of the pro circuit, and it’s nice that he is learning a little bit from me, but really, it’s the other way around. He is teaching me a great deal.”

Pace leads by one shot from a group of four players, including last year’s Investec Order of Merit winner Nobuhle Dlamini.

Fresh from securing her card for the 2020 Ladies European Tour season, Dlamini lived up to her billing as the pre-tournament favourite when she turned two-under, but fatigue caught up with the big-hitting eSwatini golfer on the homeward stretch.

“I was driving the ball really well at the start of the round, but definitely felt myself fading on the back nine,” she said. “I hit some bad shots, including the 7-iron that landed me in the water on 18. I am not too unhappy with the score, though.

“I arrived back from Spain yesterday morning (Sunday) and only checked into the hotel here in Cape Town close to midnight after some delays with my flight. I could feel my focus slipping on the back nine, but I love this course. It really suits my eye and my game. Hopefully I get a really good night’s sleep and I can give Lee-Anne a run for her money in the second round.”

Catherine Lau from Woodhill, 2019 Jabra Ladies Classic winner Anne-Lise Caudal from France and American Jordy LaBarbera, making her debut on the Sunshine Ladies Tour, rounded out the top 10 on three-over 75.

First Round Scores:
(All competitors RSA unless otherwise stated and amateurs are indicated AMA)