Clean Slate for Imbokodo in Hermanus 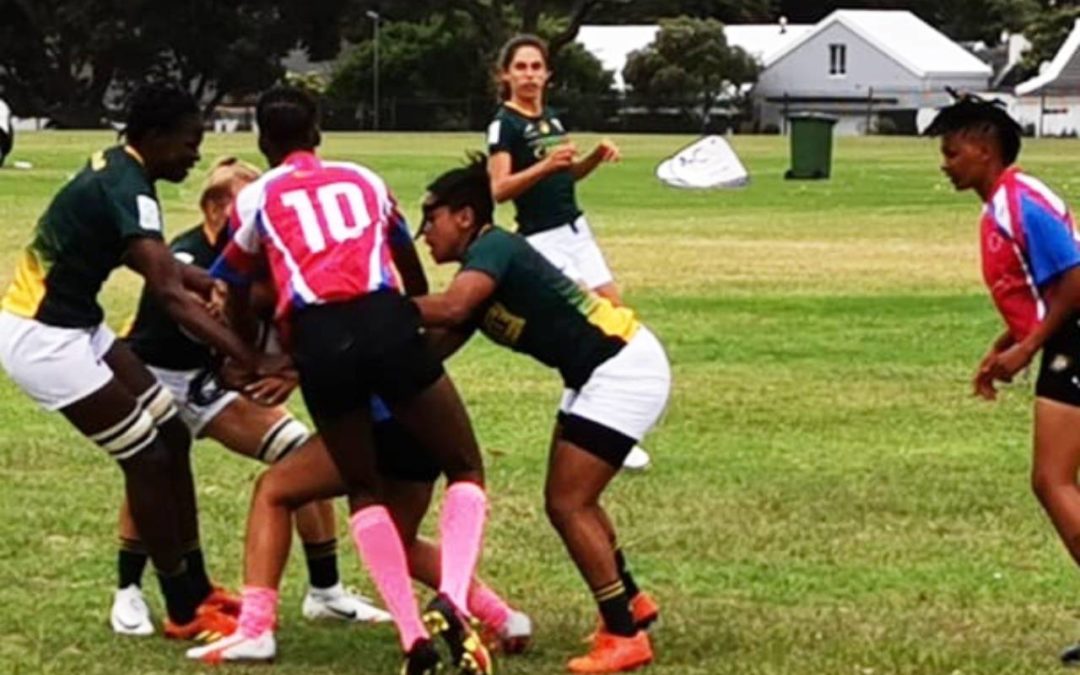 The Springbok Women’s Sevens team kept a clean slate at the Hermanus Sevens to bag a second title at this event in as many years on Saturday, 22 February 2020.

The Imbokodo won their matches against Boland Rebels (35-0), SWD Titans (38-0), Blue Jets (32-0) and Busy Bees 38-0 in the final in a hit-out that was pleasing to coach Paul Delport, as his squad was tested in numerous ways, but kept a clean slate nonetheless.

Welcome rain fell over the Overberg and in Hermanus on Saturday and combined with the strong winds, handling was an issue to all team. However for Delport, it was another plus as his team prepare for the HSBC World Rugby Sevens Challenger Series in Stellenbosch next month.

“I am very happy with our first tournament outing for the season here at the Hermanus Sevens,” Delport said.

“It was something we needed to get back into the normal rhythm of playing tournaments.” – Springbok Sevens coach, Paul Delport.

“We want to thank the Boland Rugby Union and the various sponsors and organisers for this opportunity. It was something we needed to get back into the normal rhythm of playing tournaments.

“It was a very good hit-out for us. We used it as a bit of a condition exercise and all the players got the same game time, ” according to Delport.

The weather did not play along, but Delport was not fazed by that.

“We were tested at times and with the rain coming down for most of the day, we were actually able to get our kicking pattern going and getting to work on a couple of things we would not have done on a dry day.”

Delport said he took a different approach on the day as well, stepping back a bit to empower the players in their decision-making and tournament management.

“I gave them the responsibility today to run their own show and was pleased with their response. Overall, it was a good day for us, and it was worth making the trip.”