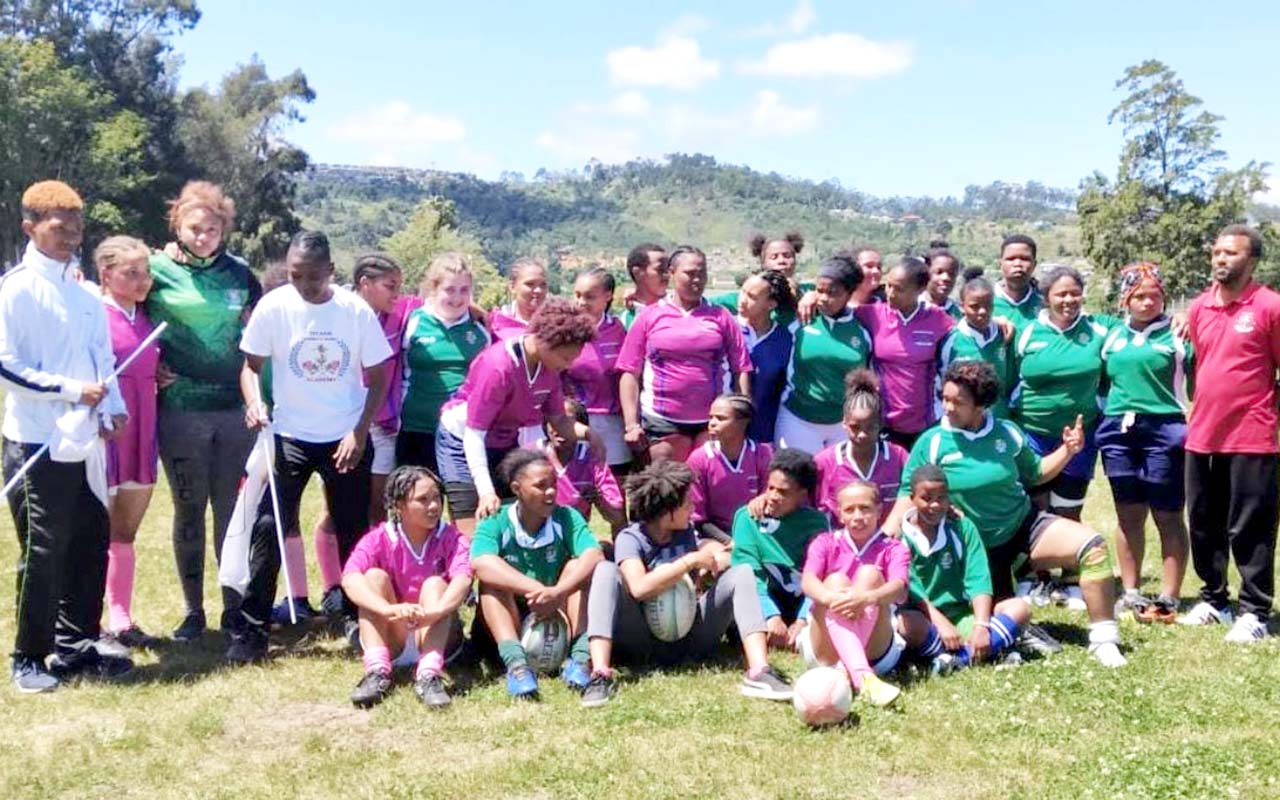 “Mentoring them has been an awesome experience,” said Titans Women’s coach, Aschin Klein, “And the way they took ownership of the program post Lockdown has been something special to witness.

“I have not been to a single training session for the last six weeks and this is the results they dish up… I’m proud of their growth and looking forward to see how they grow and develop further,” he said.

“This program was started as an agent of change within our community, and we use rugby as a tool for change and development. A great deal of this program is to inspire our youth by becoming successful players but also focusing on developing them to become better people.

“The High School Girls Rugby Program also forms part of the Academy’s strategic plan to create a sustainable pathway to retain a healthy flow of skilled players to the senior High Performance squad whose aim is to produce more Springboks.”

Adams further explained their achievements through the program, saying: “Through this program we have managed to establish four High School teams with teams in three different age groups (u14/ u16 & u19) that are fed by six Primary schools in the Primary School Girls Program.

“We have constantly produced provincial players as well as players selected to be part of the SARU age-grade High Performance Training squads. During 2019 – 2021 seasons we saw our first group of players made their senior provincial rugby debutants as part of the SWD EaGirls squads as well as our First Springbok player from this Program with Prelene Pegram our current head of Primary Schools program received her 1st Springbok cap in 2019,” Adams concluded.