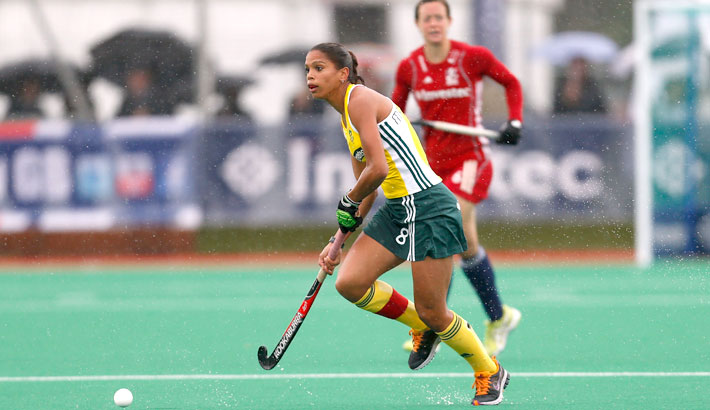 The South African Hockey Association has released the names of the players in the Investec South Africa women’s hockey team for the Champions Challenge tournament in Glasgow.

The Champions Challenge takes place at the Glasgow National Hockey Centre from 27 April to 4 May.

Prior to the SA team’s arrival in Glasgow, they will be training at the Bisham Abbey National Sports Centre in England and are due to play matches against England.

The SA team fields a number of hugely experienced players, none more so than celebrated midfielder Marsha Cox, and dynamic goalkeeper, Sanani Mangisa, who returns from injury.

Phume Mbande, who stood in, while Mangisa was recovering from injury, is unlucky to miss out, after some strong performances. She is one of the three non-travelling reserves.

Pretty happy to be back in the team for Champions Challenge. Step 1/3 to the big one. Refocus. More hard work.

Jade Mayne was not considered due to injury.

Main photo caption: Inspirational Investec SA captain Marsha Cox will lead the 18-member squad to the 2014 Champions Challenge tournament, in Glasgow from 27 April to 4 May. Cox is pictured in this file photo during the 2012 Investec London Hockey Cup. Photo: Action Images / Paul Harding