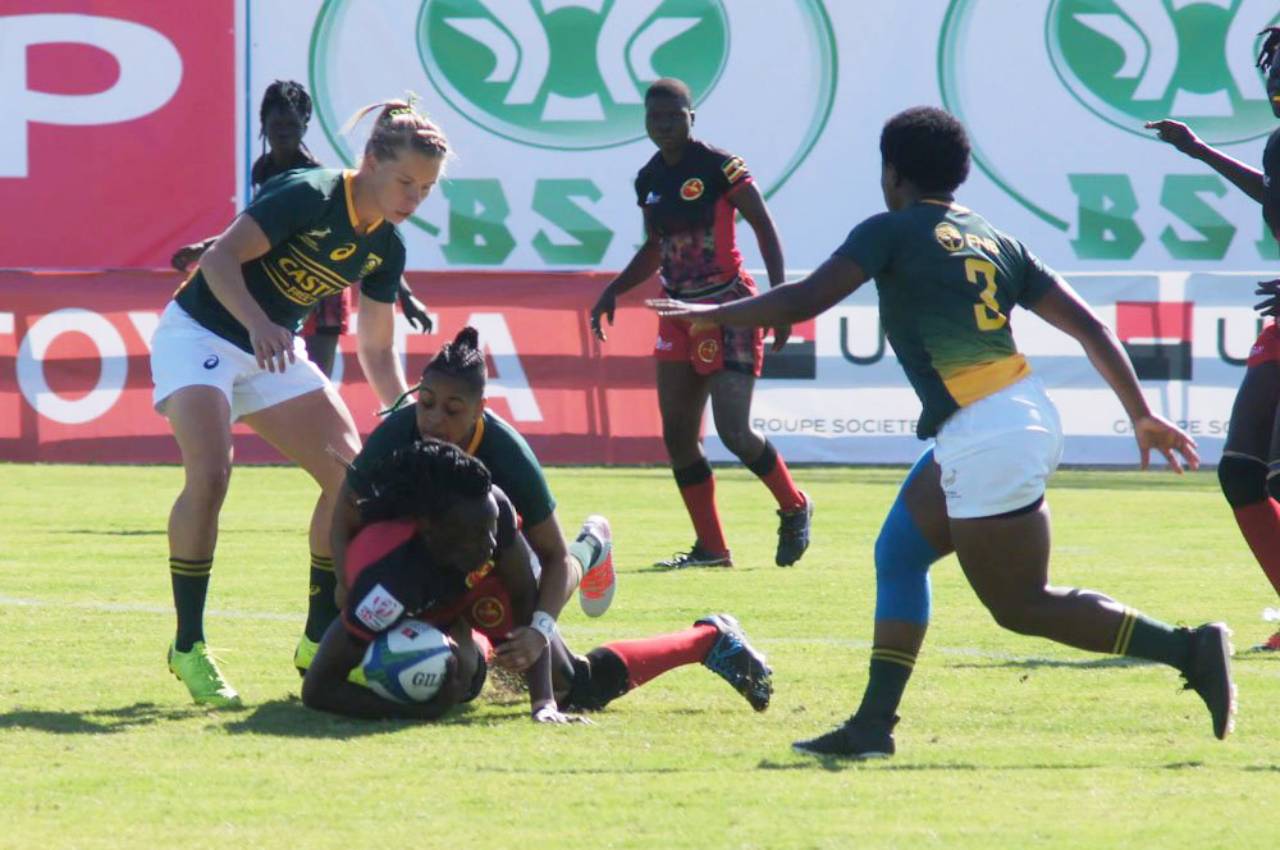 “Credit to the Group for the Character Shown” – Coach Delport

The Springbok Sevens confirmed their status as the best team in Africa when they won the Rugby Africa Women’s Sevens in Monastir, Tunisia on Sunday, 13 October 2019.

Zintle Mpupha and the Imbokodo squad edged Kenya 15-14 in the final at Mustapha Ben Jannet Stadium, claiming the continental showpiece with a clean sheet of victories after earlier on Sunday also outplaying Morocco (42-0) in the Cup quarterfinals and Madagascar 29-0 in the Cup semi-finals.

This set up a thrilling final, with Kenya leading 14-10 at the break. A storming run by Rights Mkhari, who already dotted down twice in the first half, was the difference between the two teams in the second half, edging her team ahead and putting the gold medals around their necks.

This win also secured the Imbokodo a ticket to the official qualifiers of the HSBC World Rugby Women’s Sevens Series next year and will provide a confidence boost for their participation at the Emirates Airline Dubai Sevens International Invitational and the HSBC Cape Town Sevens in December.

They dominated their fellow African foes in Tunisia, scoring 182 points in six matches and only conceded 14.

“Credit to the group for the character shown and the way they close out the game against Kenya.” – Springbok Women’s Sevens coach, Paul Delport.

Springbok Women’s Sevens coach, Paul Delport, only had praise for the Imbokodo.

“I am very happy and excited for this group, especially the way we played in that final. A year ago, we would have lost that game. Credit to the group for the character shown and the way they close out the game against Kenya,” said Delport.

“Generally, we found our rhythm early and we did well in all areas. The squad have a lot of freedom to express themselves on attack and that is maybe one area where I would like them to show a bit more decision-making. But I am a proud and happy coach.”

For Delport it was a well-worked exercise, but the hard work started now, he says.

“The general feeling in the camp is good. We have an opportunity to qualify for the World Series and that is something to work towards. We will have to work hard to get to that level, but this group will not be shy to put in the yards. We need to make a big push, it is not only about qualifying, but staying in the World Series.”

“The new players showed a good appetite and I am very proud of the contracted group as well.” – coach Delport on the new players that were included in the squad.

Delport named two debutants in Liske Lategan and Megan Phillips and they did not disappoint.

“The new players showed a good appetite and I am very proud of the contracted group as well. All but one started in the final and they came through. How special was Rights Mkhari, getting a hat-trick in the final? That is the quality of players we have, and they can take us forward,” Delport said.

The Imbokodo started strongly against Morocco in their quarterfinals and after three quick tries, all converted, saw them race into a 21-0 lead in no time. Zenay Jordaan added another just before the break and Nadine Roos and Phillips added to their tournament tally in the second half.

Against Madagascar, South Africa had a slow start, with the island side enjoying good possession. Mkhari got a brace and Liske Lategan extended her try-scoring form in her debut tournament to ease them into the finals.

The final was between the two form teams of the tournament.

Kenya scored two breakaway tries – with the second giving them the lead just before halftime, came from an uncharacteristic loose kick by the Imbokodo.

The second half saw more clinical defence and when Mkhari found space down the touch line, the Kenyans could only look on in despair as the Imbokodo raced towards the title.

Photo 1 Caption: The Springbok Women’s Sevens team in action in the final against Kenya where the South Africans claimed a 15-14 victory in Tunisia to win the Rugby Africa Women’s Cup. Photo: @WomenBoks on Twitter 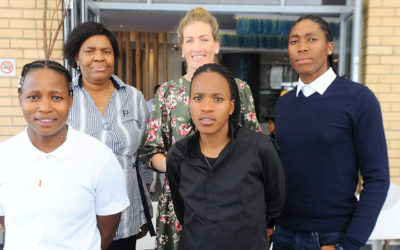