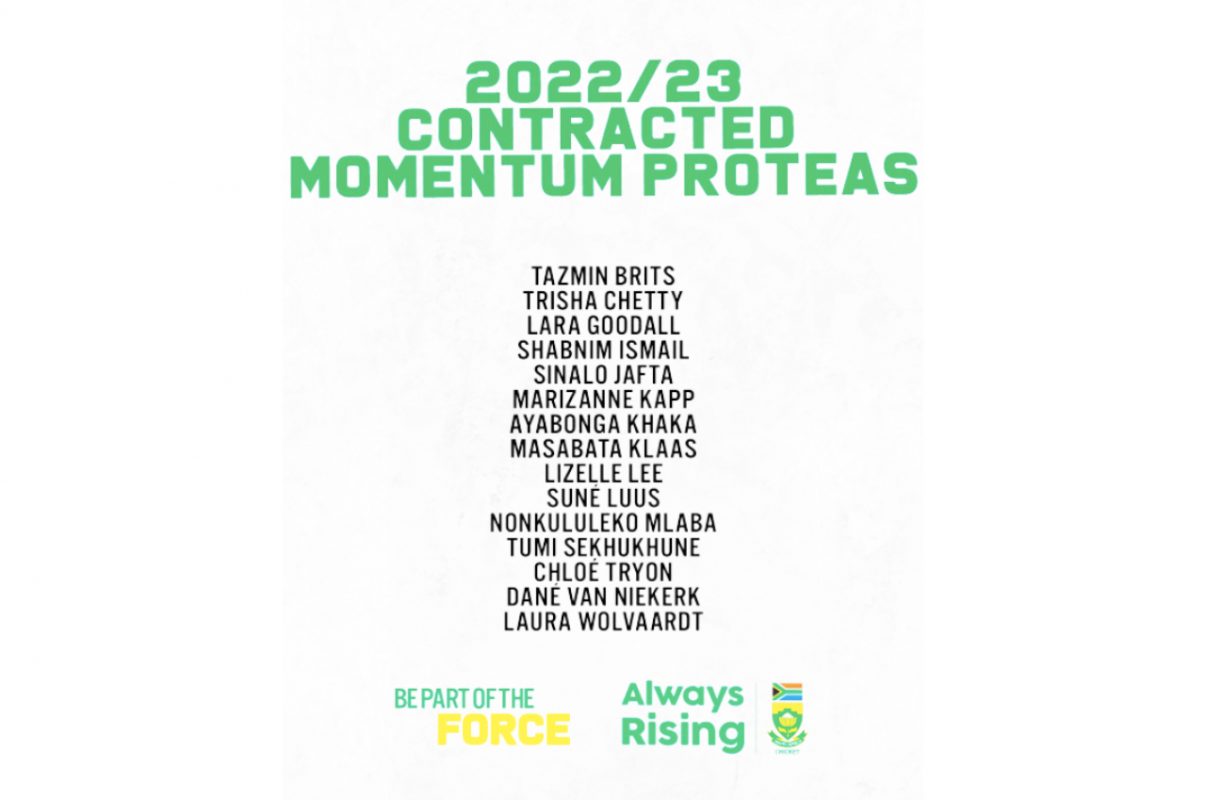 Cricket South Africa (CSA) announce the Momentum Proteas players that have been awarded national contracts for the upcoming 2022/23 season.

Under the similar system introduced last year, a total of 15 players have been contracted as head coach, Hilton Moreeng’s charges prepare to embark on a mouth-watering journey that will culminate in the 2023 ICC T20 Women’s Cricket World Cup hosted in South Africa in February next year.

Following a semi-final finish in the 50-over showpiece in New Zealand in March this year, the Proteas Women will be heading on tour to Ireland for three T20 internationals and three One-Day Internationals in June before playing a multi-format tour against England between 25 June – 27 July.

This year’s schedule also includes the exciting addition of women’s T20 cricket in the 2022 Commonwealth Games taking place in Birmingham in August, where South Africa will look to replicate their 1998 feat in Malaysia that saw the men clinch gold.

Top-order batter, Tazmin Brits and left-arm spinner, Nonkululeko Mlaba have both received their maiden national contracts having been consistent members of the recent Proteas Women squads. CSA Chief Executive Officer, Pholetsi Moseki commented: “After a remarkable year for the Momentum Proteas that saw the team climb to and maintain second spot in the ODI world rankings, it is with immense pleasure to announce next season’s squad of contracted players as they embark on their next challenge in world cricket.

“Just like the previous 12 months, the next year brings forth a hugely-anticipated calendar of international cricket for the Proteas Women and we strongly believe in the set-up in place at the top of our women’s game to continue breaking boundaries and make their mark in the game.

“On behalf of CSA, congratulations to Tazmin Brits and Nonkululeko Mlaba on their newly-awarded contracts. Their dedication and work on and off the field has not gone unnoticed and these contracts are a reward for their contributions.”