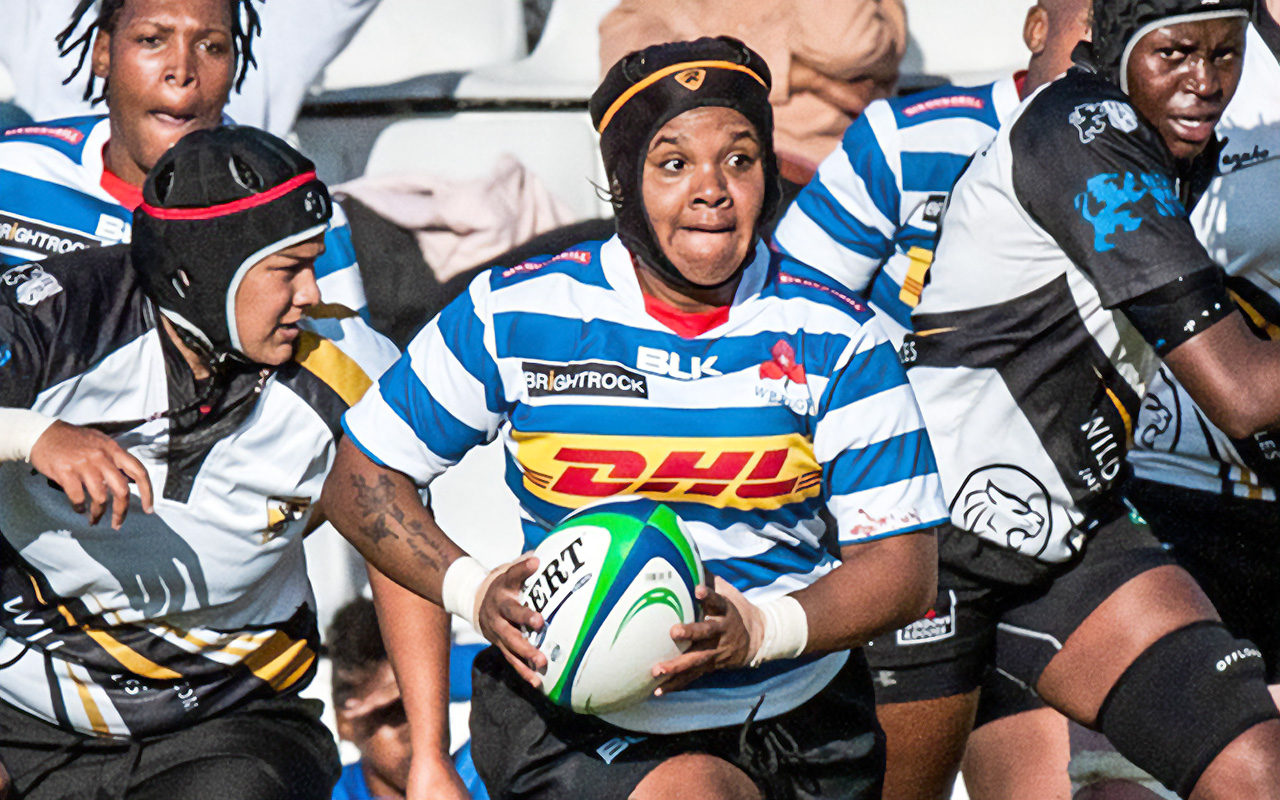 DHL Western Province rose to top of the log this weekend when they defeated Boland Dames in the SA Rugby Women’s Premier Division in Cape Town on Saturday, 30 April.

The Western Province side showed their dominance in the first half with a whopping 19-0 lead, but the Boland Dames bounced back hard in the second half.

It was an entertaining match with the home side winning 33-14 in the end, which earned Western Province a four-try bonus-point win that put them in the leading position at the end of the second weekend of fixtures.

The Cell C Sharks Women’s team bagged an away win in their match against the Mastercard Golden Lions in Johannesburg, when the visitors showed attacking intent to enjoy their 33-10 maximum points win over the hosts.

The EP Queens did not make it easy for Border, as they took the early lead in the match. Border bounced back with their attacking line-out and worked hard in the second half to ensure that the visitors did not get the better of them.

The Blue Bulls Women had a bye this past weekend.