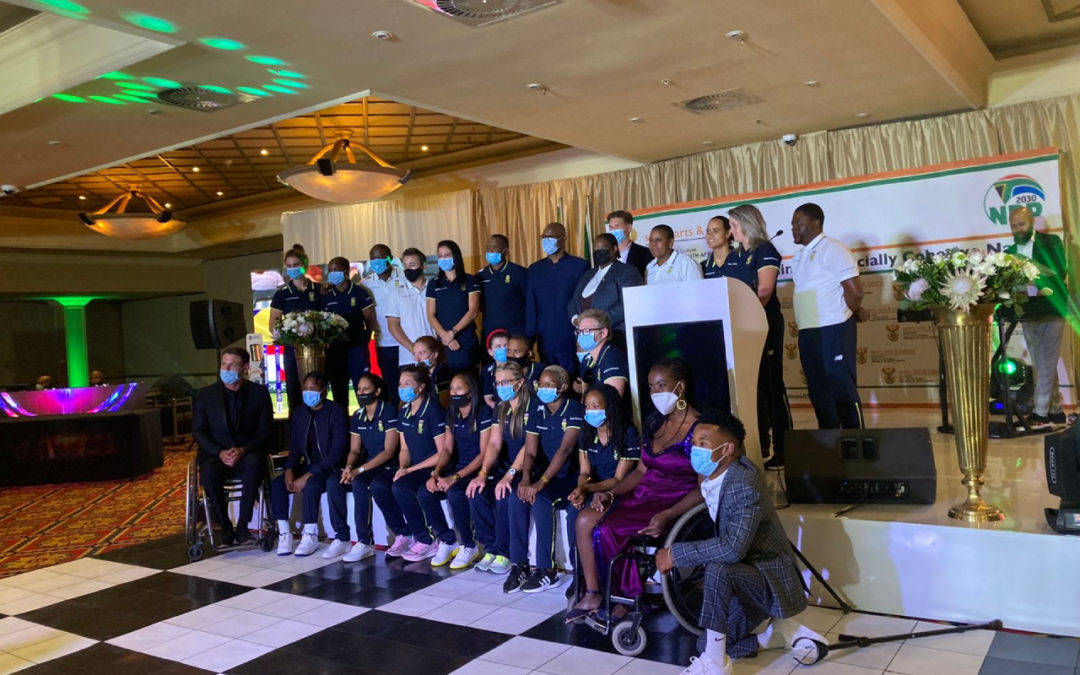 Cricket South Africa have expressed their delight as the Momentum Proteas were among leading women in sport who were honoured by Minister Nathi Mthethwa at the Department of Sport, Arts and Culture’s Recognition of Sport Excellence Awards dinner on Thursday, 25 March 2021.

“This is a wonderful and most deserved award to our ladies who continue to go from strength to strength and serve as a source of inspiration and pride to all of us,” commented CSA Acting Chief Executive Pholetsi Moseki on the cricket.co.za website.

“In the past 15 months the Proteas have produced one highlight after another, including an historic clean sweep ODI series victory over New Zealand ‘down under’ and reaching the semi-final of the ICC Women’s T20 Cricket World Cup in Australia and now they have had their most successful ever tour to India that included victory in both white ball series.

“They thoroughly deserve every accolade that has come their away.” – CSA Acting Chief Executive, Pholetsi Moseki

“They thoroughly deserve every accolade that has come their away and they are playing a major role in fulfilling our vision of excellence and accessibility to all, of which gender equality is an important component.

“Our heartfelt congratulations go to our head coach Hilton Moreeng, our captain, Dané van Niekerk, her two most able stand-ins, Suné Luus and Laura Wolvaardt, and all our players, management and support staff.

“We also express our appreciation to Minister Mthethwa for this recognition.”

South African champion cyclist @ashleighcycling has been honoured by the Minister for her outstanding performance winning the first ever UCI Cycling eSports title.#GoGirls @SportArtsCultur @NathiMthethwaSA pic.twitter.com/LicXNFbDSv