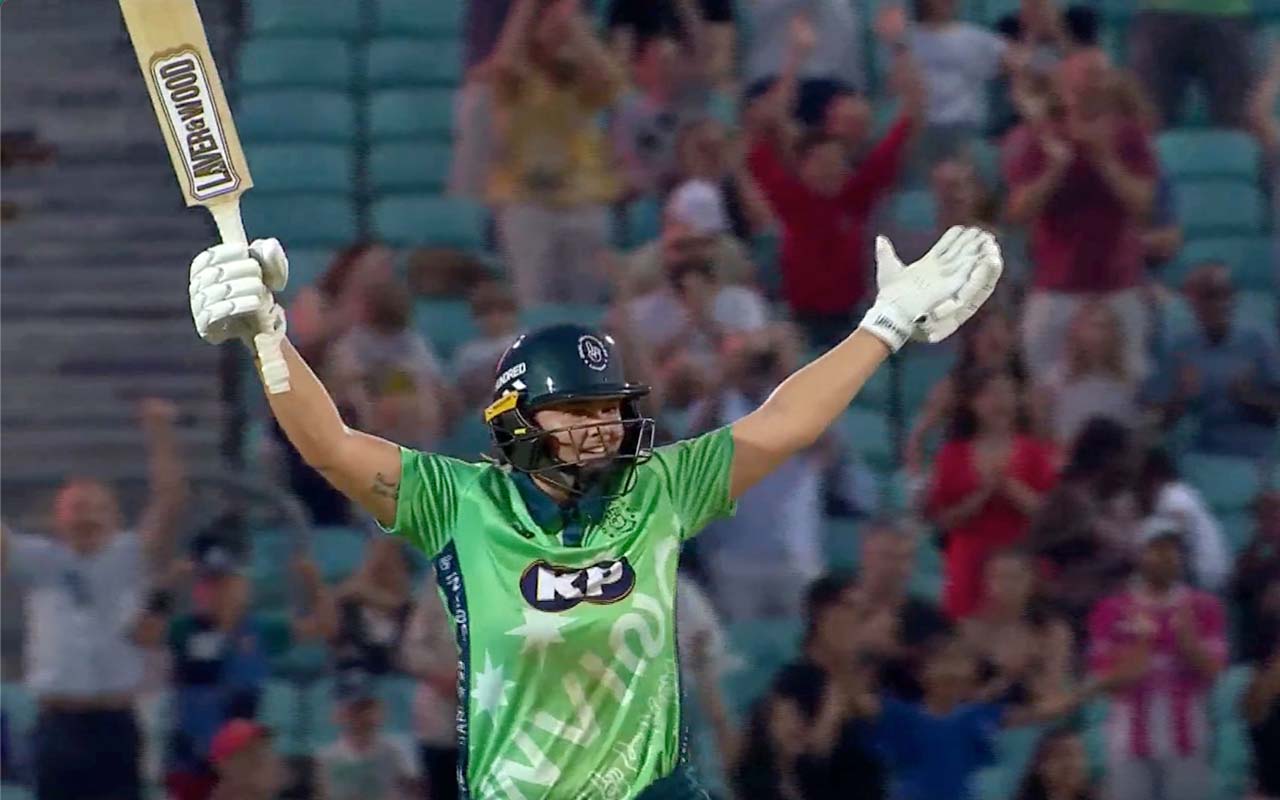 An enthusiastic crowd of well over 7000 danced to the thumping tunes of a DJ at the Kia Oval in London on Wednesday evening as they witnessed cricketing history in the making, when the Oval Invincibles beat Manchester Originals by five wickets in the first-ever The Hundred match, with several South African women playing a key role in the doing.

Same again tomorrow! 💯 What did you make of that? ⬇️ pic.twitter.com/1vtE0VcH99

It was the biggest crowd for a domestic women’s game in England, and the first-ever stand alone women’s game to open a major global event involving both women and men,

Momentum Proteas skipper Dané van Niekerk led the way as captain of the Oval Invincibles, captaining her team with distinction, and hitting hit 56 off 42 balls including the winning runs to seal a sensational win to earn the first-ever Hero of the Match award.

How special was the first EVER @thehundred match tonight! So blessed to be able to be a part of it! 🔥🔥🔥 #TheHundred #ovalinvincibles pic.twitter.com/7h1Bmaa5Ma

Shabnim Ismail made it three South Africans for the Invincibles while, playing in the colours of the Manchester Originals, Mignon du Plessis entertained with a sparkling innings alongside Indian super star, Harmanpreet Kaur.

And in a great day for gsport, this initiative’s founder Kass Naidoo made her debut for tournament broadcaster, Sky Sports, as the opening matches’ television host.

In a remarkable vote in favour of the women’s game, the tournament’s men’s and women’s teams share franchise names, and the respective tournament’s victors will win an equal prize pot.

Attempting to introduce a younger supporter base to the game, Sky Sport Cricket has partnered with the ECB to introduce the first real cricketing format innovation since the launch of T20 Internationals on 5 August 2004, when New Zealand women beat England by nine runs at Eden Park in Auckland.

That felt a bit special #Hundred @thehundred. Diverse and family feel to a record crowd for a domestic professional women’s game. Close finish. Loved the vibe. Opening game a hit.

Despite criticism of the new format in the build-up to The Hundred, after the opening night’s game, there is no doubt that women’s cricket belongs on the same stage as the men, who kick off their tournament with pressure to emulate the intensity of the historic opening fixture.

Photo Caption: Oval Invincibles skipper Dané van Niekerk lead her side to the first-ever match win of the inaugural The Hundred tournament, scoring its first half-century to guide her team to a 5-wicket win in London on Wednesday evening. Photo: Sky Sports / YouTube