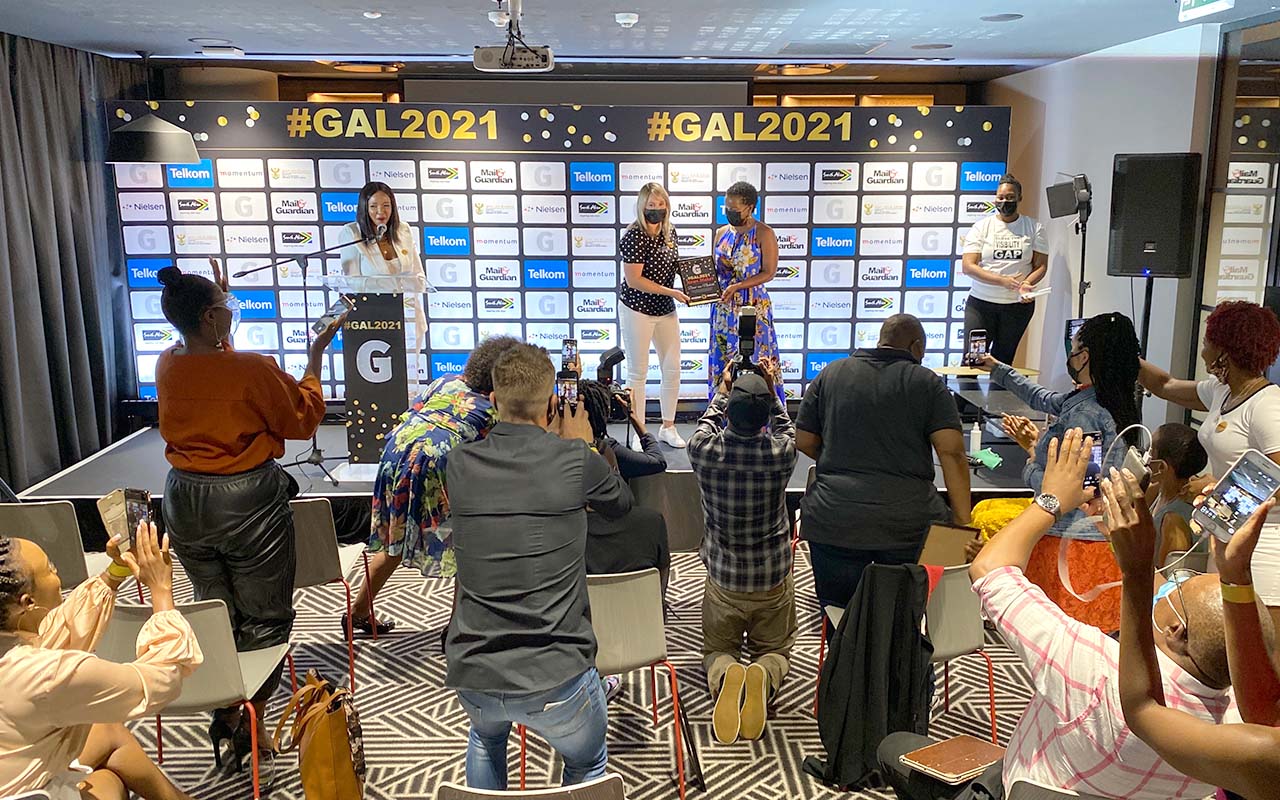 Momentum Proteas captain and global cricket star, Dané van Niekerk, has been named gsport Newsmaker of the Year at an intimate gathering in Johannesburg to announce recipients of the gsport Annual List (#GAL2021), launched in December 2019 to grow the coverage of women’s sport.

Van Niekerk grabbed the headlines in August 2021 when she led her Oval Invincibles team to victory in the inaugural edition of The Hundred at Lord’s. It was an outstanding comeback on the global stage from inspirational leader following months on the sidelines due to injury.

Shortly after her history making efforts at The Hundred – where she was also named Player of the Tournament, Van Niekerk led the Momentum Proteas to a historic first-ever series win in the Caribbean.

Last December, she was named in the ICC’s ODI Team of the Decade for her stellar efforts on the global stage for South Africa, which included a T20 World Cup semi-final finish in March 2020.

Van Niekerk has just returned from Australia where she featured for Adelaide Strikers in the Women’s Big Bash League.

The 28-year-old recently joined sportswear giant, Totalsports as ambassador as she aims to use her platform to promote female athletes.

Cricket features strongly on the #GAL2021 list, which includes the world’s best Women’s ODI All-Rounder, Marizanne Kapp, who won the Player of the Match award in the final of The Hundred and went on to perform for the Perth Scorchers in the WBBL.

Momentum Proteas fast bowler, Shabnim Ismail, also makes the Top 10 after becoming the first South African bowler to take 100 T20i wickets. She also featured alongside van Niekerk and Kapp in the Oval Invincibles’ winning campaign in The Hundred, and became the first cricketer to win the Athlete of the Year award at the Momentum gsport Awards.

Football features strongly with continental giants Mamelodi Sundowns Ladies honoured for their role in the championing women’s football in the country, and their history-making efforts in the inaugural CAF Champions League.

International footballer, Thembi Kgatlana, enjoyed success both on and off the field, signing a long-term deal with Spanish side, Atletico Madrid, and releasing an inspirational biography – Strike A Rock.

World Netball ambassador and Spar Proteas captain, Bongi Msomi, represents netball on the list as she continues to break barriers.

Msomi was named as official African athlete ambassador by World Netball ahead of the 2023 Netball World Cup in Cape Town. She also led the senior national team to victory as the side retained their title as Netball African champions.

Leading wheelchair tennis star, Kgothatso Montjane enjoyed a blistering year as she became the most celebrated athlete on the Momentum gsport Awards stage, winning the Sasol Global Woman in Sport award, and for the fifth time bagged the Brand SA Para Sport Star of the Year accolade.

Montjane grabbed global headlines when she finished runner-up in both the singles and doubles women’s wheelchair finals at Wimbledon. She came home to sign a host of personal sponsorships and went on to win the SA Spring Open title.

Schoenmaker went on to receive recognition at the 2021 Momentum gsport Awards, earning the Ministerial Recognition of Excellence award, and also launched her foundation to assist up-and-coming athletes.

Newly-crowned South African national 10km champion, Tayla Kavanagh, finds herself on the #GAL2021 list alongside these seasoned champions, after a fantastic year that saw the distance runner smash her personal best in Durban to claim the national 10km title. She also held her own in the Spar Grand Prix series, coming second in the last leg, in Gqeberha.

The gsport Annual List of Newsmakers is informed by daily reporting in the gsport Newsroom powered by Momentum in partnership with Telkom. Monthly lists of newsmakers are announced in the build-up to the annual event in December.

Photo 1 Caption: Seasoned international cricketer Dané van Niekerk has been named gsport’s Newsmaker of the Year, at a at an intimate gathering in Johannesburg to announce recipients of the gsport Annual List (#GAL2021), launched in December 2019 to grow the coverage of women’s sport. Photo: gsport