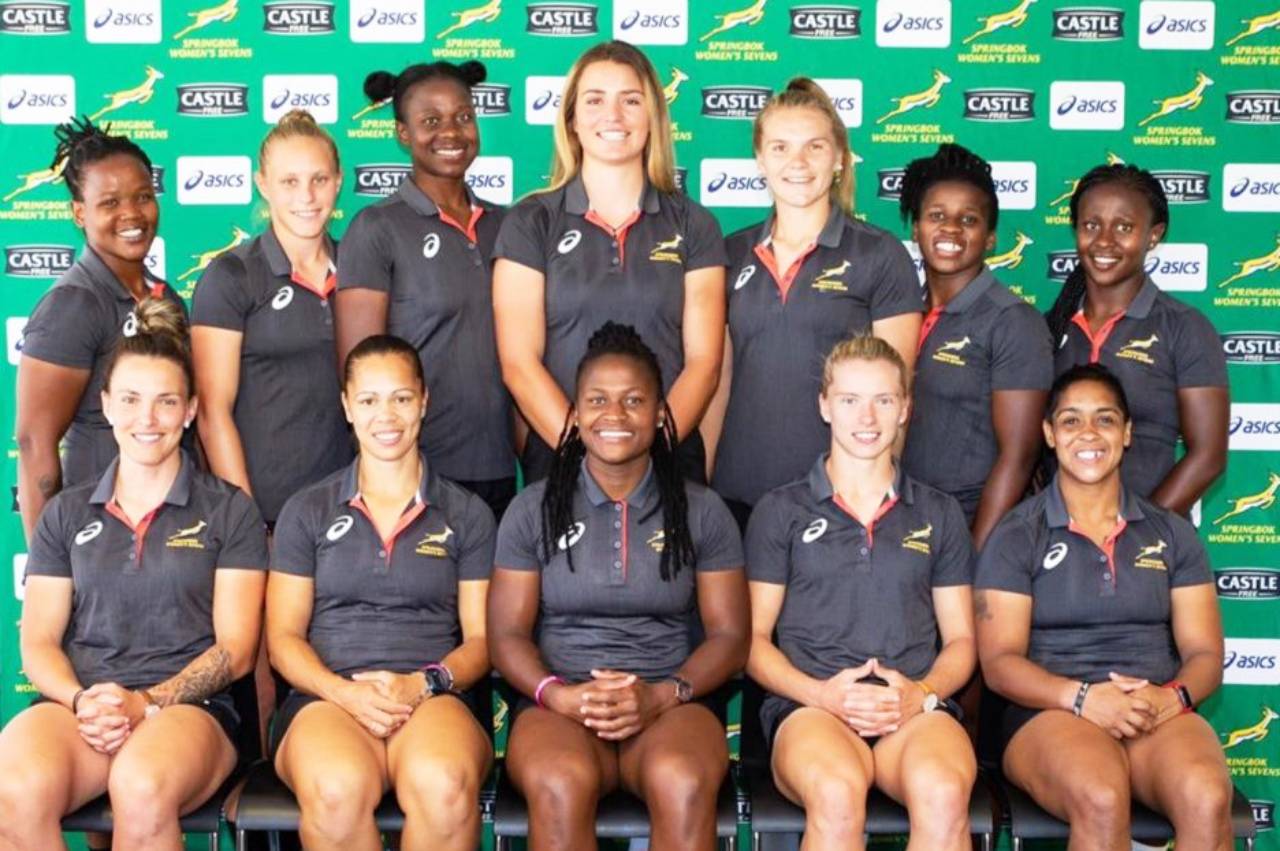 Forwards Rights Mkhari, Buhle Sonamzi, Catha Jacobs, Sizo Solontsi will join backs Meghan Phillips and Liske Lategan for their first ever appearance at a HSBC World Rugby Sevens Series event, while Delport also named Lusanda Dumke as 13th player, with the University of Fort Hare forward poised to make her debut for the national team if called upon.

For Delport, the presence of Zenay Jordaan (11 tournaments) and Mathrin Simmers (seven tournaments) – both in the playmaking role – will be of some comfort, but the Imbokodo could not have asked for a tougher start than facing New Zealand in their opening match on Friday.

“Yes, that is a tough start as New Zealand consistently is amongst the top three teams in the world and won last weekend in Dubai, so bring that form to Cape Town,” said Delport.

“There is no doubt that we will learn some harsh lessons this week.” – Springbok Women’s Sevens coach, Paul Delport.

“That is not going to dampen our joy and excitement to play in front of our home crowd for the very first time, we are treasuring every second of this massive opportunity handed to us.

“We want to play at the highest level and want to compete against teams like New Zealand every time. For us to raise the bar and become better as a team, we need to know how high that bar is. There is no doubt that we will learn some harsh lessons this week playing against the best 11 teams in the world, but we want to be there amongst them in the future.”

Delport said that despite the outcome of their first match, the squad will be in a better place when they face Russia and Fiji on Saturday.

“We will have the emotions of running out onto the field at home for the very first time – that is already some reward for our hard work and efforts over the last couple of months,” he said.

“We are going into this tournament with a huge amount of excitement, and no real pressure, so we can really just go out to express ourselves and enjoy this wonderful moment for the tournament and the World Series.”