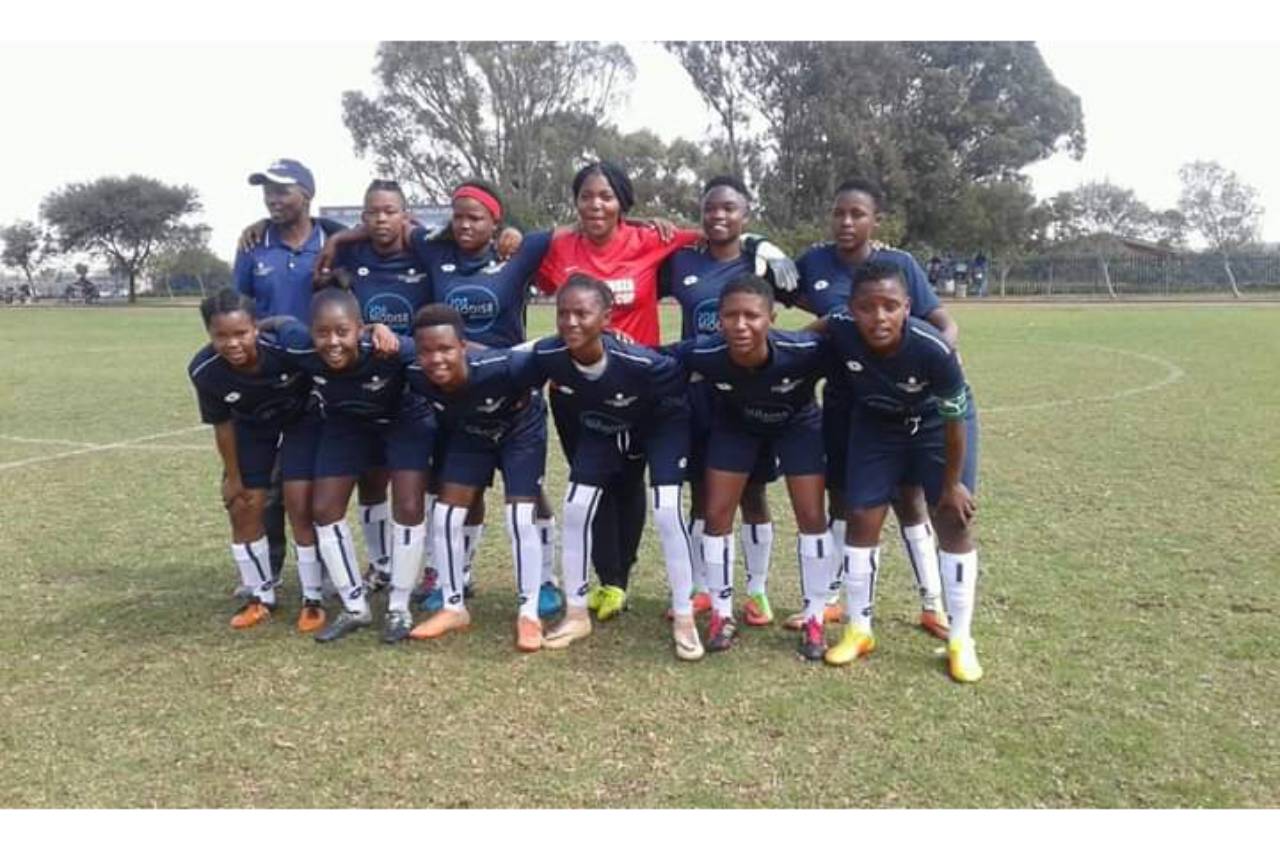 The 2020 Sasol League season remains on hold as South Africa continues to practice social distancing. With the ongoing lockdown, it is uncertain when football players will be able to compete, however Gauteng’s new Sasol League team from Diepkloof Soweto is preparing for the recommencement of football.

The Diepkloof Ladies team, led by Peter Mafa ‘coach Chansa’, is one of the many Sasol League teams staying active and motivated during lockdown.

“It is unfortunate that we had to stop playing as we were looking forward to our first season in the Sasol League, but we have to play our part and follow lockdown regulations.

“As a team we frequently have online group sessions where we all engage in one conversation. This is where we share exercise routines and remind ourselves of the goal we are yet to achieve. We do this to motivate each other, keeping our minds on the greater prize. Our aim is to come back stronger and better,” said Mr Mafa.

Established in 2011, the team consists of 50 players between the ages of 13 and 23. After being promoted to the Sasol League for the first time in late 2019, Mafa recalls how overwhelmed the team was.

“After so many attempts trying to open the door we finally went through and it was truly rewarding.” – Diepkloof Ladies coach, Peter Mafa.

“It was like an out of body experience. After so many attempts trying to open the door we finally went through and it was truly rewarding.”

It is not clear when football will resume but coach Chansa is confident that the team will be prepared for what is next.

“We hope to pick up where we left off as we were doing fairly well in the league. If we can break through to the top 8 that would be great, but being in the top 3 also wouldn’t hurt. We only hope for positive results once we get back onto the field.”

Sports in general is a key contributor to positive change in many South African communities but Mafa admits that football has earned the girls some respect within the township.

“A lot of these girls have managed to shift their focus from the negative pressure around them as living in the townships has its own challenges. They have received support from the community and are well respected because of football, something we seldomly see.

“As a team we face many challenges but the support from parents has really helped and contributed positively towards our growth. What makes the Diepkloof Ladies team limitless is that we have the hunger to achieve more and that keeps us motivated, “he concluded.

Now in its 11th year, the Sasol League has helped unleash the talent of young women footballers nationwide such as Gauteng’s Banyana Banyana captain Janine van Wyk, Andile Dlamini and many more. The league is one way in which Sasol continues to show their dedication and commitment to women’s football.

Photo 1 Caption: The Diepkloof Ladies team, led by Peter Mafa ‘coach Chansa’, is one of the many Sasol League teams staying active and motivated during lockdown. Photo: Supplied