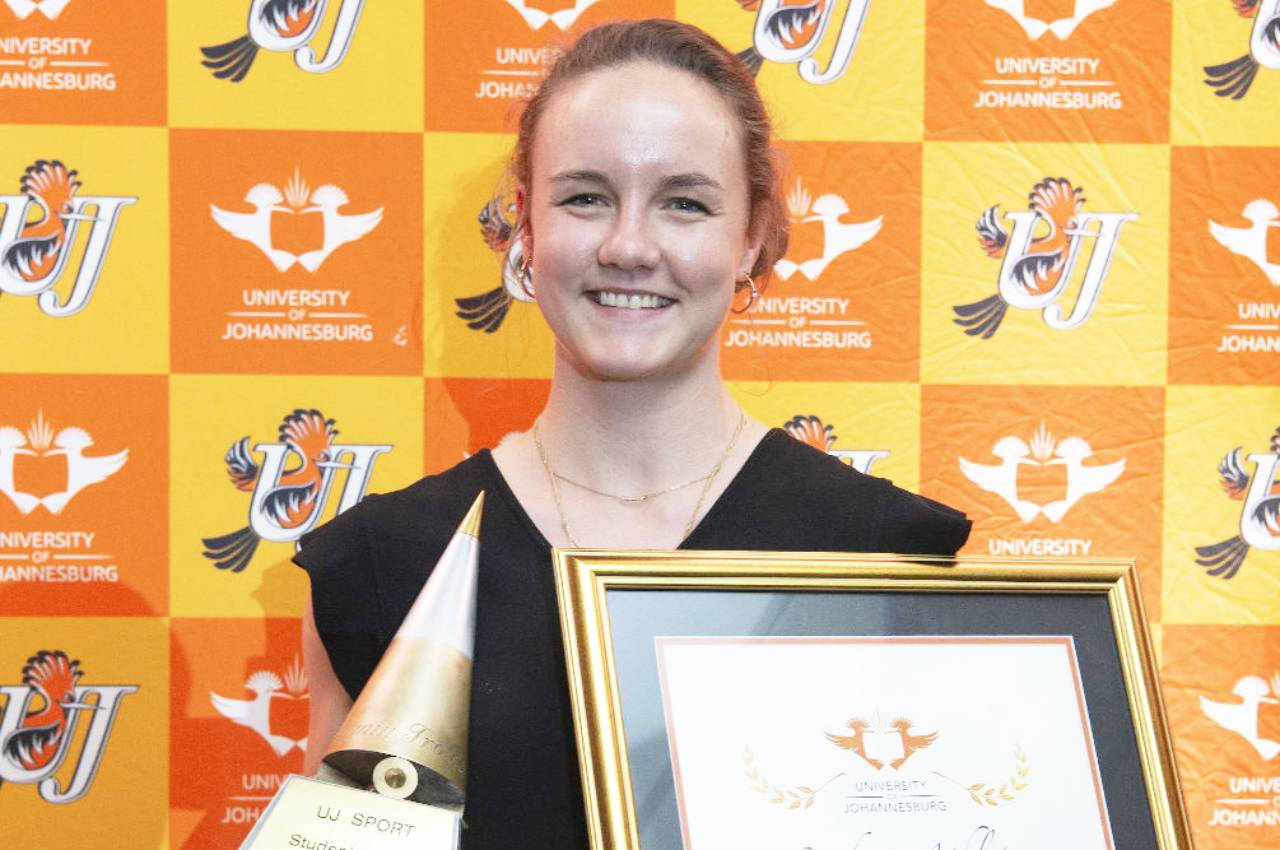 A dedicated work ethic has been the hallmark of University of Johannesburg student Alexa Pienaar’s approach to the commitments she has faced on and off the squash court this year.

This disciplined approach culminated in South Africa’s top women’s varsity player being named the UJ Student-Athlete of the Year at the sports gala awards function this month.

At the function she was also named as the silver medallist in the Sportswoman of the Year category, finishing behind South African soccer player, Amanda Mthandi.

It has been a hectic juggling act between squash and academics, which Pienaar acknowledged was “no easy task”.

“I do most of my study work at night, which is the quietest time for me.” – University of Johannesburg student-athlete, Alexa Pienaar.

“I try to prioritise my time as well as I can by training twice a day, on average, and getting as much work done [as possible] in between,” she said.

“I do most of my study work at night, which is the quietest time for me, and working on weekends is also essential for my studies.”

Pienaar’s life was made a bit more complicated this year by a desire to improve her world squash ranking. This involved a commitment to play in the Professional Squash Association circuit in South Africa.

“This is the first time I joined the PSA circuit and I played a total of nine satellite tournaments.

“So that took up a lot of my time, but I was able to achieve my goal of getting into the top 100 and I’m now ranked 98 in the world rankings.”

Looking back, she distinctly recalls a moment of realisation which gave her the confidence to compete at a high level.

“At the World University Squash Championships in 2016 in Malaysia I was due to play the Great Britain number one in a team match for a place in the semifinals.

“I remember thinking, ‘who says she is better than me and what makes her better than me?’ And I think it was there that I started to believe I was good enough.

“I went on to beat her and my team went through to the semis.”

“I am able to train the amount that I need to, while keeping on track with my studies.” Pienaar on having discipline and focusing on her studies and training.

All this has meant maintaining a strict focus on what has been required.

“I do believe discipline has been the key. I try to keep a meticulous routine from day to day so that I am able to train the amount that I need to, while keeping on track with my studies.”

The 25-year-old from Northcliff in Johannesburg added that it was “an absolute privilege and honour to be named UJ’s student-athlete of the year”.

It is the second time she has received this accolade, the first being in 2017.

“I regard it as one of the most prestigious awards I have ever received,” said Pienaar. “It is extremely fulfilling to know that my hard work in squash, as well as the lecture halls, has not gone unnoticed.

“I am also thrilled about the silver medal that I received for Sportswoman of the Year. Naturally, I would have preferred gold, but I think Amanda Mthandi deserves this award through and through.”

As her sporting and academic careers developed side by side, Pienaar said she had been assisted by various mentors at UJ.

“I would have to say that my coach, Mike Bester, has played a large role in the development of my squash,” she added. “He always pushes me to go further and do more than what is expected.

“My lecturers in the Fine Art department have also been very supportive of my squash, despite the time that it may have taken away from my studies.

“This has allowed me to explore both areas freely and, eventually, to excel in both.”