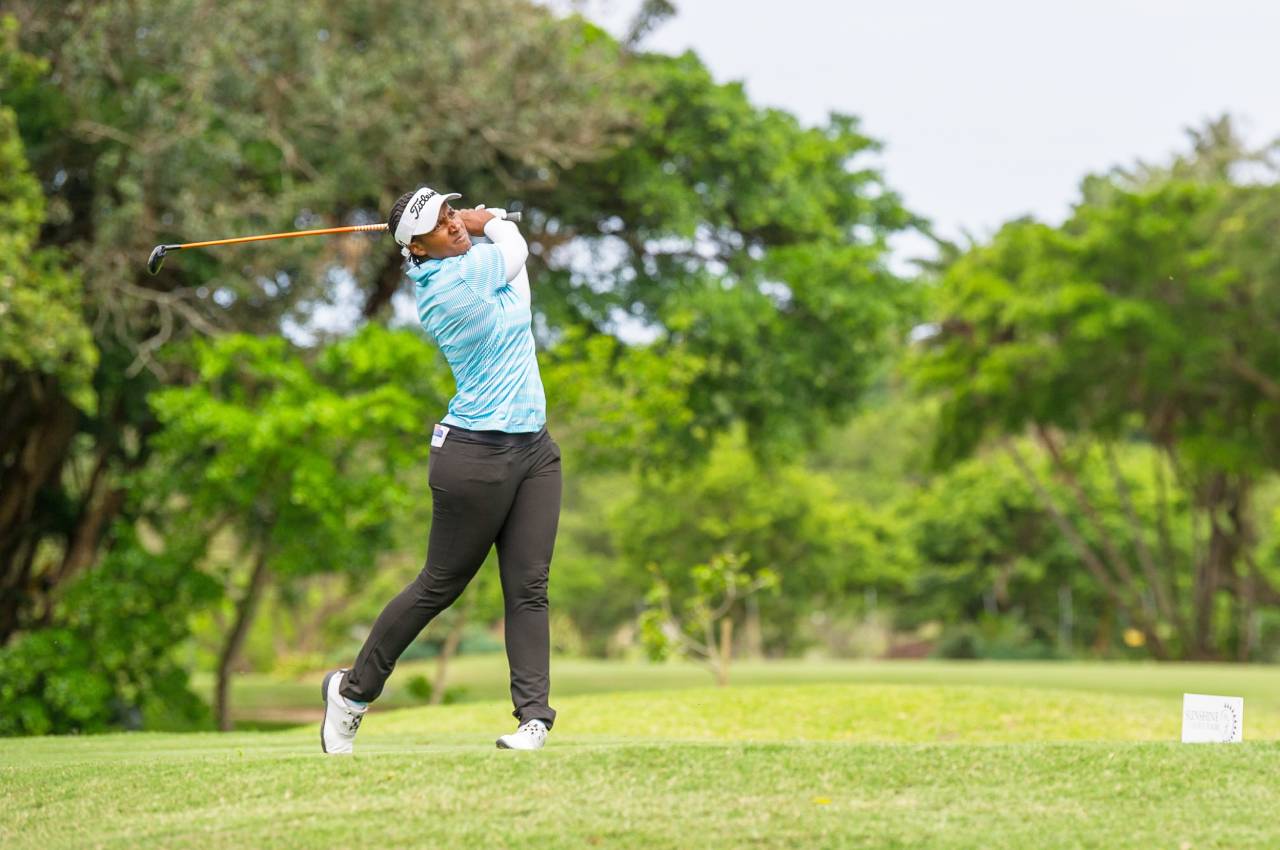 Nobuhle Dlamini lined up her fourth victory this season when she tamed the wind to take the lead in the Vodacom Origins of Golf Series at Selborne Golf Estate, Spa and Hotel on Tuesday, 15 October 2019.

Teeing off in a three-to-four club wind that raced around the championship layout on the KwaZulu-Natal coast, the big-hitting Swazi golfer was in imperious form.

Dlamini fired six birdies, including three over the four closing holes, to offset a double bogey at the par five third and further drops on six and 17 and a two-under-par 70 propelled the 2019 Investec Property Fund Order of Merit winner straight to the top of the leaderboard.

The 36-hole event is played concurrently with the Vodacom Origins of Golf Pro-Am and serves as the curtain-raiser for Sunshine Tour’s main tournament.

Taylor got off to a birdie start and eagled the third. The English golfer three-under after 10 holes, but she gave shots back to the field with successive bogeys on 12 and 13 and dropped a further three shots after a final birdie on the par four 14th to post a one-over 73.

Lewthwaite overcame a bogey-bogey start with birdies on three and nine and made two more on the bounce after the turn to dip two-under, but her good work was undone with double bogeys on 14 and 15 and a third bogey on 16 will see the Serengeti golfer start the final round on three-over.

Jane Turner withstood the wind for three days at the Wild Coast Sun Country Club to win the 2019 SuperSport Ladies Challenge, presented by Sun International, but the Scottish golfer also had trouble navigating the strong winds on Tuesday and carded four-under 76 to finish fourth.

More wind is forecast for today’s final round, but a later start could see the chasing pack go low enough to catch Dlamini.