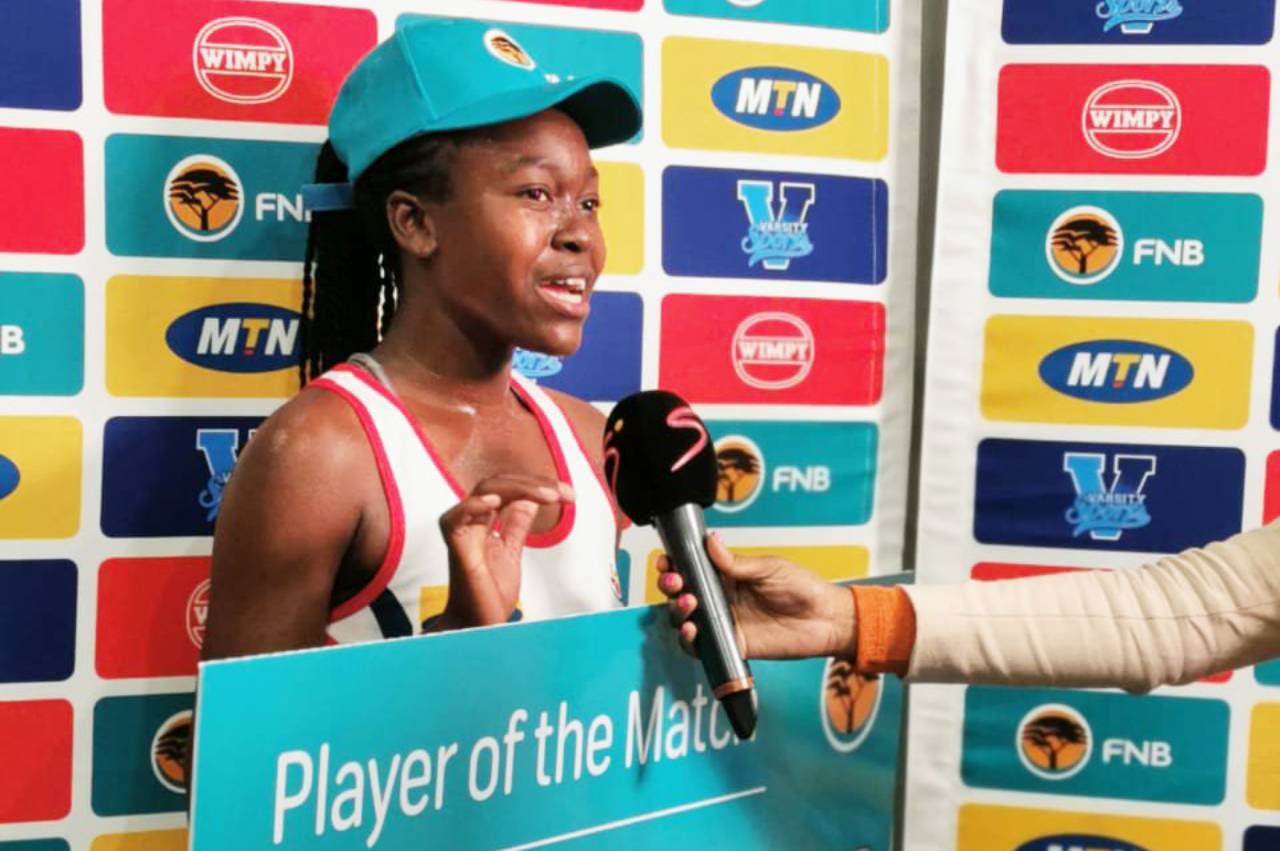 She had to wait six years after her first appearance in Varsity Netball to get another opportunity but Happy Makofane, captain of TUT, made it count.

Makofane played in the inaugural competition in 2013, but TUT only made their comeback this year. She celebrated it with a famous win over UJ by seven goals in which she was named the FNB Player of the Match. They ended with the same number of log points as UJ but finished in seventh place due to a weaker goal difference.

The shooter, doing her diploma in NHC Accountancy, participated in her final Varsity Netball as she will turn 26 next year, ruling her out.

She revealed the following to varsitysportssa.com about her and her preferences:

Most memorable match in the tournament over the years?
That would be when we played UCT in 2013 in Cape Town. We won by 43-35 and it was our very first victory in Varsity Netball.

What part of Varsity Netball do you enjoy the most?
The Powerplay. Everyone just gets so fast in those two minutes.

What’s your hobby outside of netball?
Listening to music.

What job do you think you’d be good at?
I’m good in numbers, so definitely being an accountant.

Do you have a hidden talent?
No, not that I have noticed any.

What’s the most impressive thing you know how to do?
Being a team player.

What are you addicted to?
Coca-Cola.

Which current opposition player would you have on your team?
Lungile Mthembu, wing defence of Tuks.

With which celebrity/celebrities do you have a photo together?
Thando Thabethe, a South African actress, radio DJ, television host and the first ever African brand ambassador for Nivea.

What day in your life would you like to repeat?
In 2012 when we (the Gauteng Deltas) won the All Ages Championship.

What song have you completely memorised?
Take a bow by Rihanna.

Photo 1 Caption: Captain of TUT’s Varsity Netball team Happy Makofane made her first appearance in six years in the tournament and it was her last appearance as she will be 26 years old next year, which rules her out of the required age group. Photo: @VarsityNetball on Twitter