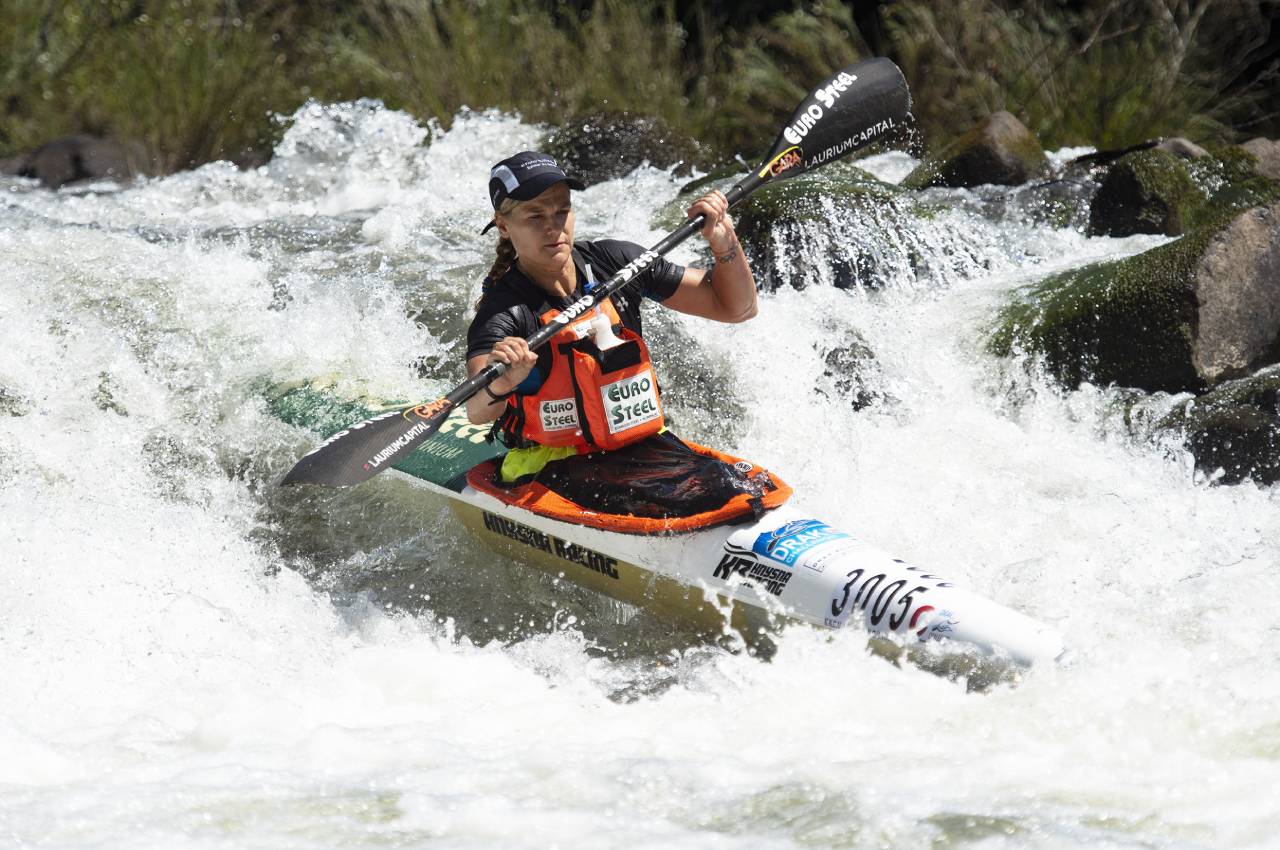 The thrilling N3TC Drak Challenge in partnership with FNB on the weekend served to give a very important perspective on the mental and physical preparation of the contenders for the 2020 Dusi Canoe Marathon from 27-29 February, despite the fact that it is a K1 race on a different river.

Despite Jenna Ward’s dominance of the two days, there was one performance that stood out and might sound a few alarm bells for the leading Dusi combinations.

Sprint queen Bridgitte Hartley put in a ferocious display on day two where she blitzed her way up the field to finish in third place overall after a disappointing open day on Saturday, 1 February 2020, left her a distant sixth. She produced the fastest time by a woman by five minutes on Sunday’s second stage.

In addition to getting her onto the podium for the fourth time in successive years, Dusi pundits are ramping up talk of her combination with Tracey Oellermann.

Mackenzie Eager to Continue with Her Fine Form

The Drak also gave us another glimpse into the form of Dusi K1 champion Christie Mackenzie. Mackenzie had to fight off a resurgent Hartley but managed to seal second spot behind Ward which again shows that she is in fine form.

The concern for Mackenzie is that her partner Cana Peek hasn’t been in racing mode yet. However with a 2018 winner’s medal Peek understands what it takes to win the Dusi.

Also putting their hands up this past weekend were Tamika and Bianca Haw.

Both are renowned for their running ability but they showed that they can mix it up with the paddlers as Tamika finished fourth and Bianca sixth.

This result will give them confidence that they can compete with the best women paddlers but they are also strong runners which might give them a slight edge.

The 2020 Dusi Canoe Marathon takes place for 27 to 29 February 2020. Entry details and more information can be found at www.dusi.co.za

Photo 1 Caption: A resurgent Bridgitte Hartley showed her power on day two of the 2020 N3TC Drak Challenge presented by FNB, where she powered from sixth to third place overall and gave the rest of the 2020 Dusi Canoe Marathon women’s combinations a glimpse of her form ahead of the 69th Dusi at the end of February. Photo: Anthony Grote/Gameplan Media