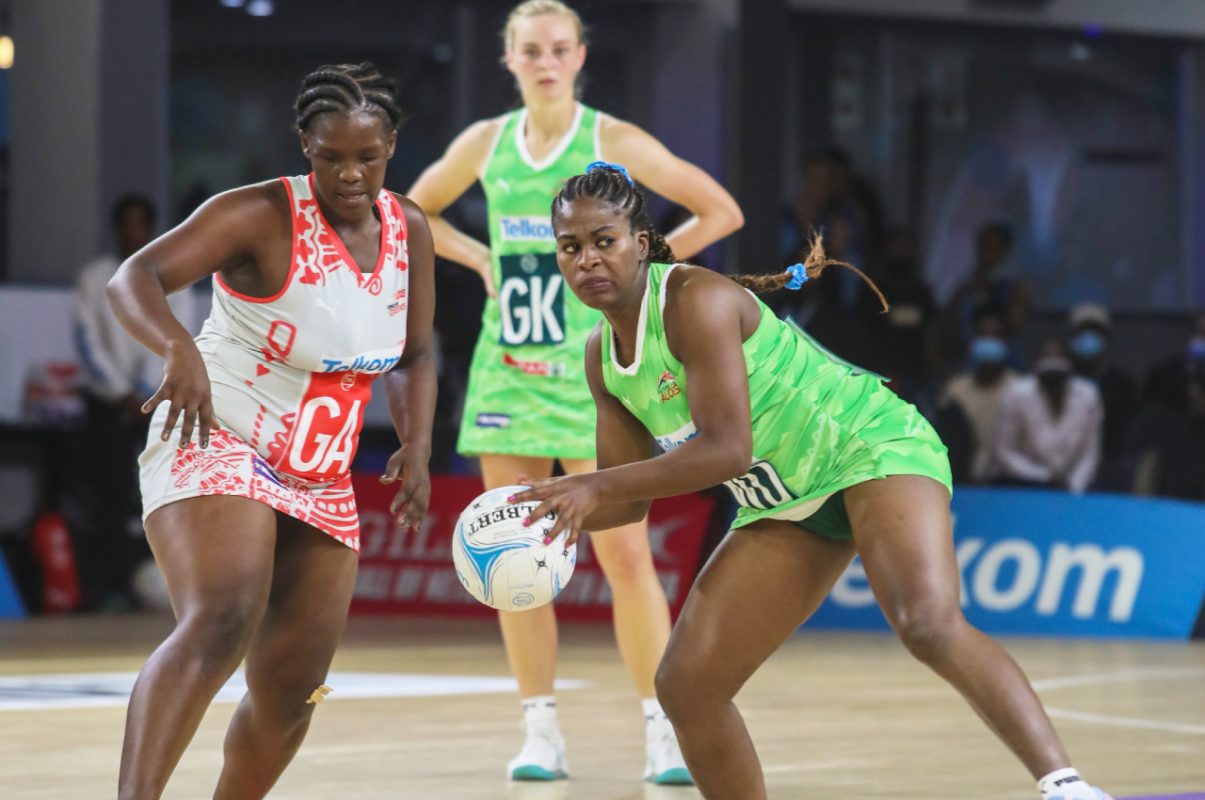 After being deprived for two years from witnessing the beautiful game of netball live, the buzzing atmosphere at the Olive Convention Centre in Durban was quite evident that netball fans gladly accepted the decision of having spectators back on the stands.

A boisterous crowd came out in numbers on the opening day with two fixtures on the card and later on in the afternoon, Netball South Africa President, Cecilia Molokwane declared the competition officially open at the opening ceremony.

Following the devasting floods that destroyed a lot of infrastructure and resources in KZN, Netball South Africa in partnership with Telkom, and participating TNL teams have confirmed that they will be making a donation towards the victims of the floods on Thursday, 28 April 2022.

The first match lived up to its expectations as the Eastern Cape Aloes escaped past the Kingdom Queens after claiming a narrow 40-38 win. A strong start for the Aloes saw them lead by eleven goals in the first quarter but the Queens’ resilience powered them to a one goal deficit in the third quarter.

The match intensified in the last fifteen minutes, as both teams were head-to-head in the final two minutes of the game, however the division two defending champions managed to pull away after making capital out of the Queens’ missed opportunities to register their first win.

Meanwhile, Rozanne Matthyse led the Gauteng Jaguars to victory in her first match in charge of the defending champions. The former Fireballs coach replaces Jenny van Dyk who has now taken a mentorship role.

The Jaguars defeated the Kingdom Stars 50-35 despite a competitive start to the game where both sides drew eleven all in the opening quarter. The Jaguars found their rhythm in the second quarter and maintained their dominance throughout and waltzed to an emphatic win.

Photo 1 Caption: The first TNL match lived up to its expectations as the Eastern Cape Aloes escaped past the Kingdom Queens after claiming a narrow 40-38 win on Wednesday, 27 April 2022. Photo: Netball SA / Supplied