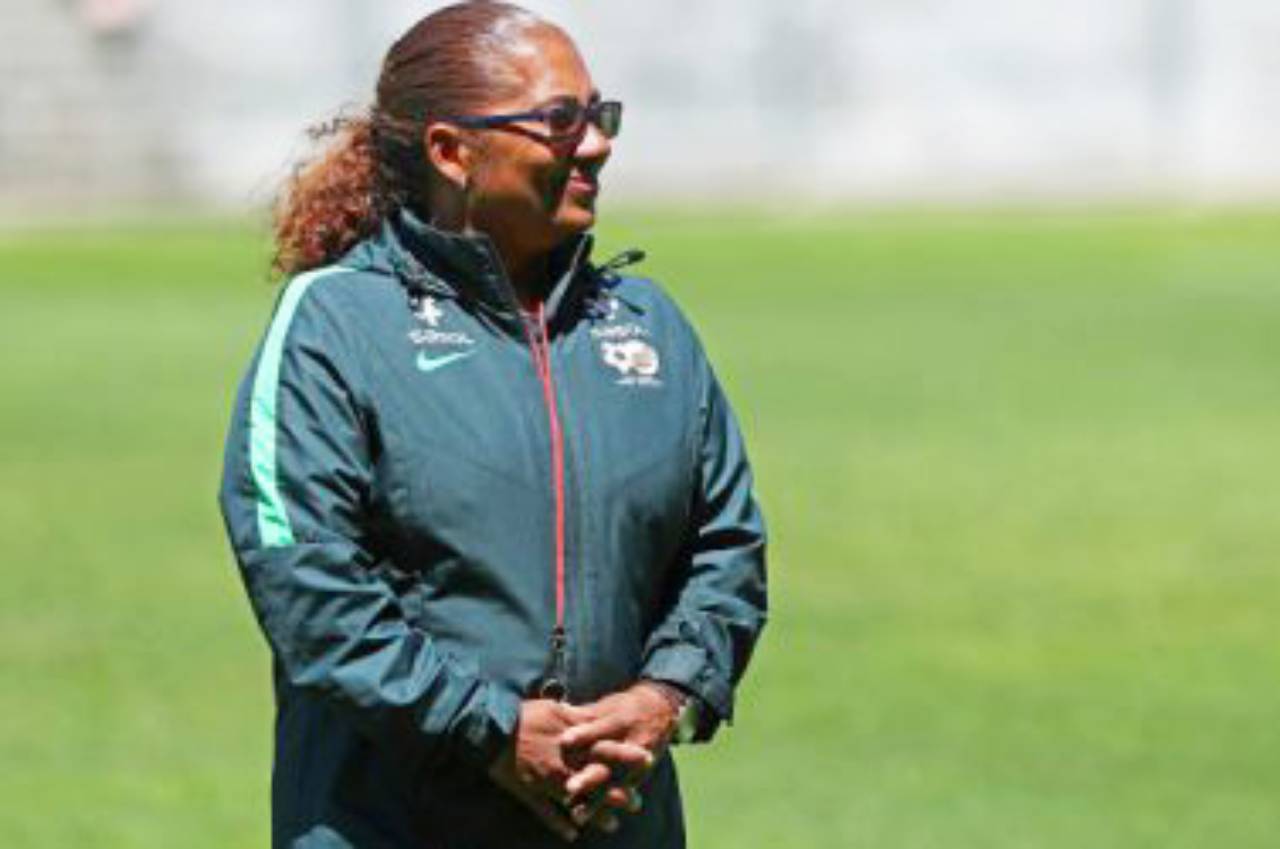 Banyana Banyana coach Desiree Ellis took special time out to come and observe South Africa’s National Under-20 Women’s team’s (Basetsana) training, as they continue with preparations for their FIFA U-20 Women’s World Cup qualifier against Zambia.

That preliminary round, second leg tie will take place this Saturday (1 February) at Orlando Stadium at 15h00.

Ellis, who has won back-to-back CAF African Women’s Coach of the Year awards (2018 & 2019), stated that she was very impressed with the amount of talent that is in the team, adding she wished them nothing but the best of luck in their return leg clash. Basetsana won 2-0 in their first leg meeting against Zambia.

“I must say that I am very impressed with the amount of work that coach Jabulile Baloyi has put into this squad,” Ellis said.

“This team has not been to the FIFA World Cup yet, and the technical staff can rest assured that they have our full support (in these rounds of qualifiers).

“I do not like singling out players, however, we already have players in this squad who have Banyana Banyana caps. Players like Sibulele Holweni (three caps), Karabo Dhlamini (five caps) and Noxolo Cesane (six caps). We are always looking for quality to add into the Banyana squad because we are always thinking about the future (of the senior national women’s team).”

Kgatlana has penned down a deal with Portuguese side Benfica Feminino, while Motlhalo will ply her trade for Djurgarden out in Sweden. Peskin will be in France playing for Toulouse FC Féminines.

“This is very good news for South African women’s football. We were all very excited when Refiloe Jane signed for AC Milan,” Ellis said.

“Kgatlana has now signed with Benfica, a side which is in the currently running of winning their own league.

“Linda will be venturing out to Sweden for the first time alone without Thembi Kgatlana along her side. People also turn to forget that she is only 21 years old, with this club counting as her third professional team out of South Africa.”

Ellis added: “Kelso will also be competing in France which is very good news. Hopefully their individual achievements in earning moves abroad will inspire others to do the same.”