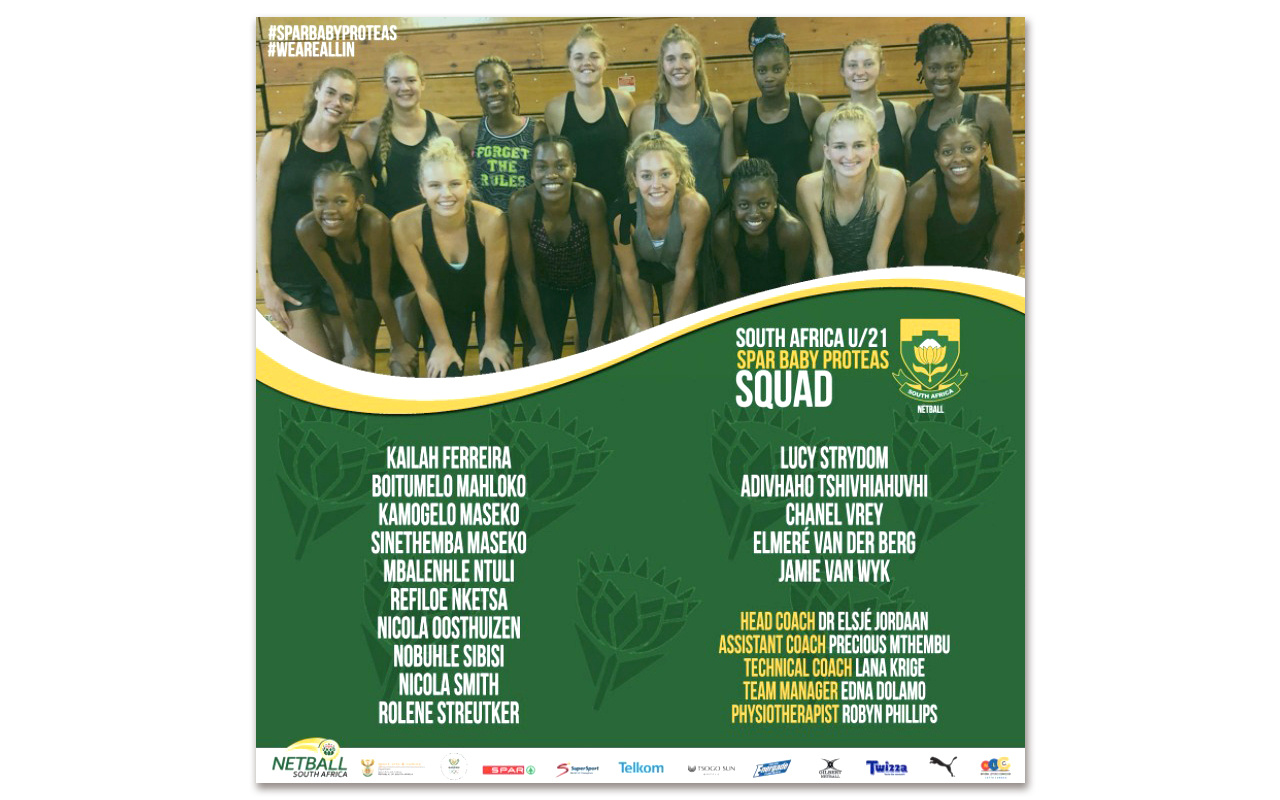 Netball South Africa’s Baby Proteas head coach, Dr Elsé Jordaan, is excited to get back to competitive action when her team represents the country at the upcoming SPAR Challenge.

A squad of 15 players have been selected to represent the #SPARBabyProteas at the upcoming #SPARChallenge 25-31 March in Cape Town. The main focus of the squad is to get court time as they prepare for #NWYC2021. 🇿🇦🏆 #WeAreAllIn #RoadToFiji pic.twitter.com/KXG2dT31pV

“It’s been wonderful to get the year going because we were supposed to be here in January and then the second wave hit us, so we are very grateful to be back in action,” said Jordaan at a training camp in Pretoria.

Speaking on the team selection, coach Jordaan reveals: “We only invited the top 26 players, and we played a full day, so we literally tested each and every combination that we could think of, and then finally we announced a team of 15 players.”

Going into the tournament, the Baby Proteas will face Uganda, Namibia and the President’s XII as they aim to get back into tip top shape.

“We are getting very close to the core of the team that will most probably take us through to the World Cup, there are still one or two positions that we are concerned about.

“But, like I say we had a lot of selection camps and not a lot of training camps where we can do some coaching, so hopefully now having this squad we can get some coaching done.

“I suppose the toughness of the SPAR Challenge is that its senior players and not the U21’s but being in the position that we are at, I think that it is good we can test them against seniors.”

Jordaan continues to talk about her team’s main focus going into the SPAR Challenge in the clip below!