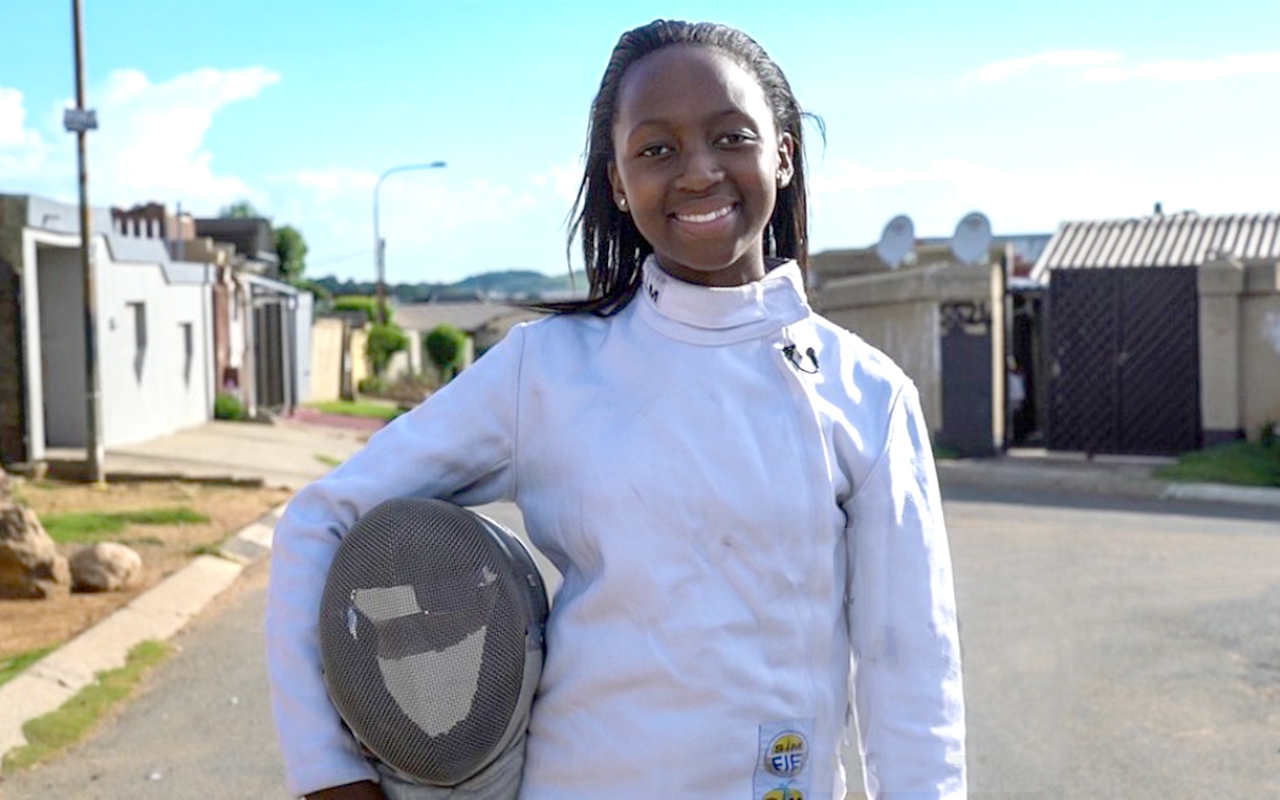 SA Fencer, Nomvula Mbatha, will aim to qualify for the Olympic Games in Tokyo when she competes at the zonal qualifiers in Cairo, Egypt, from 18-24 April 2021.

Quoted in a post by Ofentse Ratsie for sowetanlive.co.za, Mbatha’s decision to follow her Olympic dream was sparked in the middle of the Coronavirus hard lockdown in the country in the beginning of last year.

Telecommunication giant Vodacom have committed to support Mbatha financially to travel to the Olympic qualifiers as well as with the coaching sessions she needs for her preparations, and the new attire she requires as standard international competition kit.

“I’m also just so grateful for the support from Vodacom. Since all the media exposure and their help, I’ve had so many people asking me about fencing and wanting to get involved. It’s also brought more exposure for the Soweto Fencing Club, and my teammates there are just as grateful for this.”

“The first part of my dream is to go to the qualifiers, win gold and make it to the Olympics,” she said. “And then I want to coach, and get more women involved in fencing,” she concluded.

Photo 1 Caption: SA Fencer, Nomvula Mbatha, will aim to qualify for the Olympic Games in Tokyo when she competes at the zonal qualifiers in Cairo, Egypt, from 18-24 April 2021. Photo: SA Breaking News (Twitter)