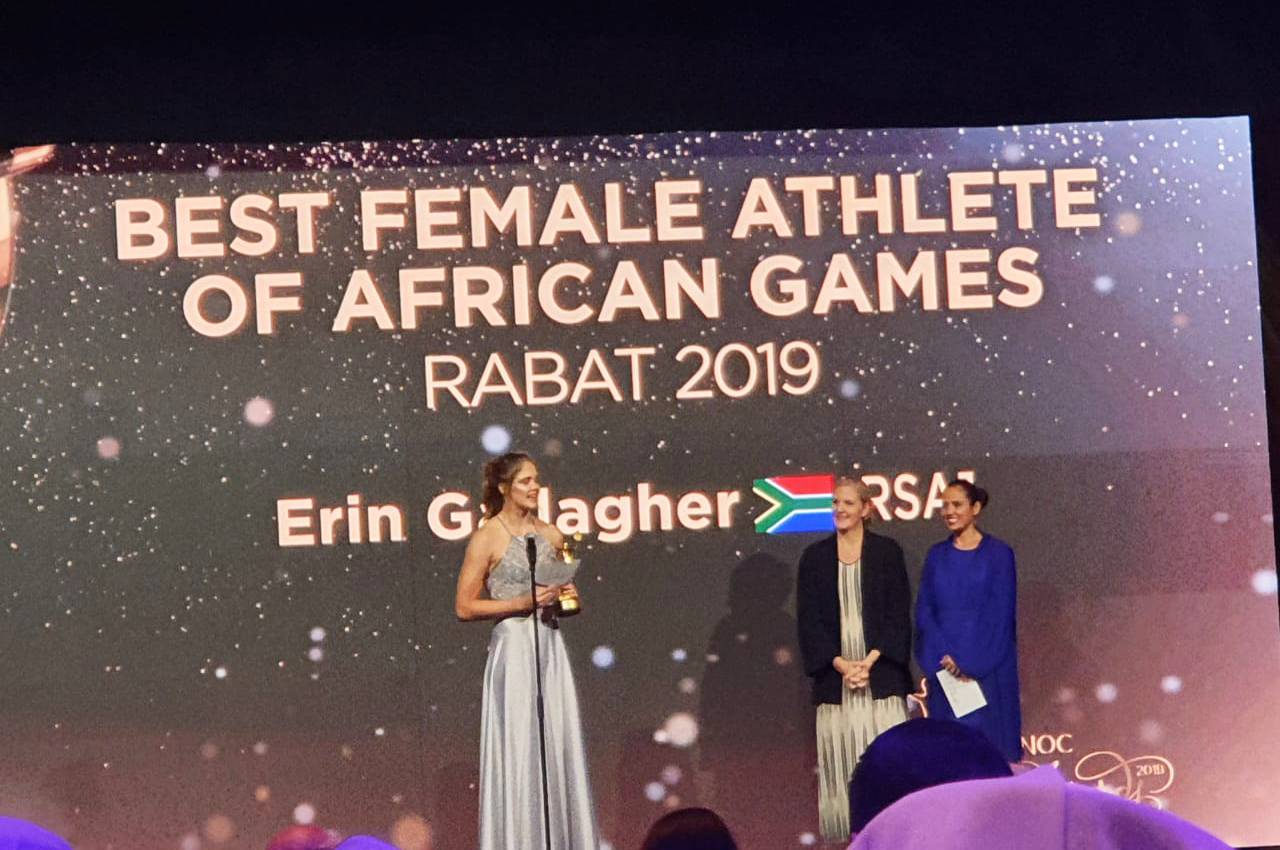 South African swimming featured prominently at the 2019 ANOC Awards, which honoured the commitment to the sport and outstanding athlete performances from five international multi-sport events.

The Association of National Olympic Committees (ANOC) held the sixth edition of the annual awards ceremony at the Katara Cultural Village in Doha, Qatar on Friday, 18 October 2019, and top South African swimmer Erin Gallagher was named Best Female Athlete of the African Games, which was held in Casablanca in August.

Gallagher was Team South Africa’s shining star at the African Games where she won a total of 10 medals, three individual gold medals in the 50 and 100m freestyle and the 50m backstroke and two more silver for good measure. To add to her haul, she won five gold medals in the relays.

Swimming SA (SSA) Chief Executive Officer, Shaun Adriaanse congratulated Gallagher on her accolade. “Erin (Gallagher) has established herself as one of the stalwarts of South African swimming and is spearheading the resurgence in female swimming. We would like to thank Gallagher for her service to the sport in the country.”