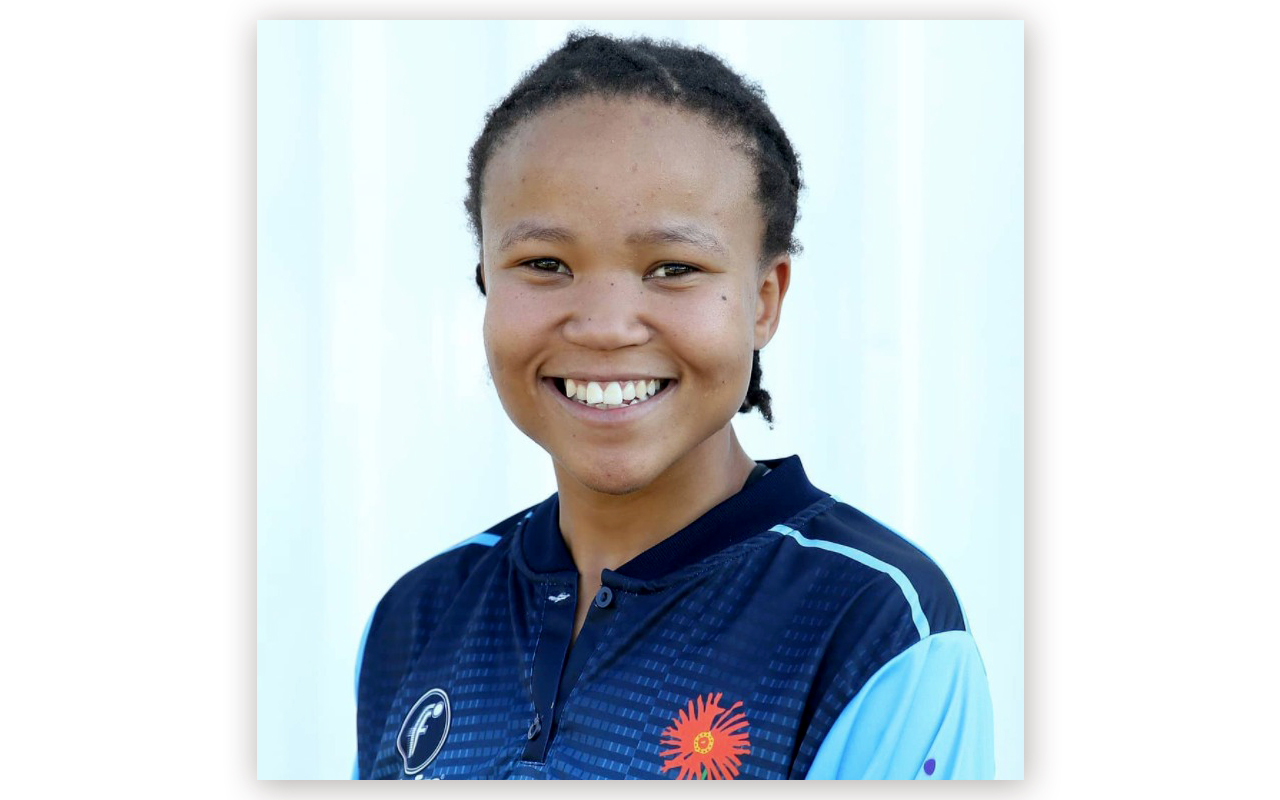 While Jafta has been playing cricket for as long as she can remember, but there was a time where she also had dreams of becoming a top tennis player.

But her talents allowed the gifted young athlete to play provincially at primary and high school, and in the end, she chose cricket, saying it was the team aspect and the opportunities that grabbed her attention.

“My dream is to play for South Africa. To do so means I will have to more consistently make big scores,” said the Tuks player who in 2018 was selected for the SA Emerging squad.

In 2019, Jafta was selected to play in the Cricket South Africa T20 Super League, selected for the F van der Merwe XI team.

The Tuks player admits that as a batswoman she relishes to duel it out with a bowler.

“With every delivery, there is a chance of losing your wicket. That is why I never try and out-think a bowler,” she explains.

“It is crucial to focus only on what is happening the moment the ball leaves a bowlers hand. Nothing else should matter.” – Tuks Sports’ Gandhi Jafta on her mindset when facing a bowler.

She admits world tennis champion, Serena Williams, is her role model in sport, and also she lauds a teacher from Lilyfontein School in East London who played a positive influence on her life.

“She is the personification of what can be achieved when you are dedicated. It is something I strive towards,” Jafta reveals about Williams. “From a personal perspective, Margaret Mitchell, a teacher at Lilyfontein School (East London), had a massive influence on who I am.

“She taught me to make the most of every moment and situation. To be positive, no matter what might be happening.

“That is the attitude I try and take to the field every time I play,” she concludes.