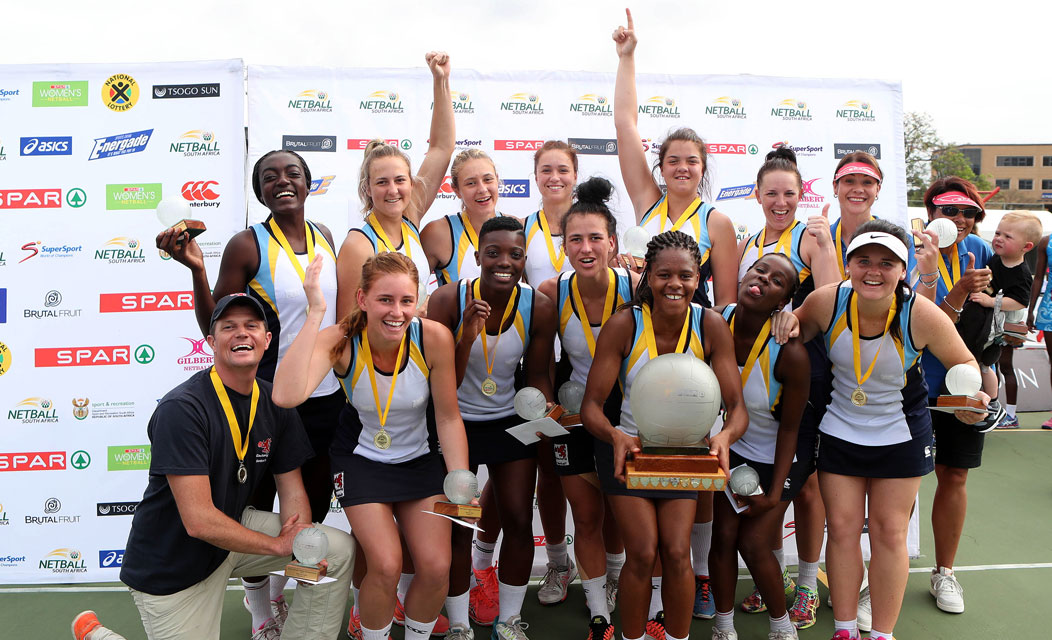 Gauteng squeaked home by one goal after extra time to beat the defending champions Western Cape 47-46, and win the 2017 SPAR National Netball Championships in a thrilling final at Hoy Park in Durban on Saturday.

Gauteng were four goals up after the first few minutes, but Western Cape responded with a flurry of seven unanswered goals.

Both teams played their hearts out in the final quarter. At one stage, with less than four minutes to go, Gauteng had a lead of five goals, but Western Cape coach Annelie Lucas brought her star shooter, Jambaye “Bakie” Zauana, back on, and Western Cape clawed their way back to level the scores on 40-all.

With the seconds ticking away, Gauteng captain Chante Louw, tried to score the winning goal, but the ball rolled round the ring and dropped off the wrong side.

The game went into extra time. The crowd got involved, cheering their favourites on, singing and dancing. After the first seven minutes of extra time, Western Cape had a 44-42 lead.

In the final seven minutes, fortunes swung both ways, with first one team, then the other, getting the upper hand.

With less than a minute to go, Gauteng scored, to take the score to 47-46. Western Cape had the next centre pass and tried to level the score again, but the shot at goal missed and the Gauteng players jumped for joy.

It was a worthy final after a week of exciting netball. Gauteng were unbeaten, although they drew with North West during the round-robin phase. Western Cape lost only two matches, both of them to Gauteng.

Gauteng Coach Jenny van Dyk said they had been preparing for the final since last year. “We trained at the hottest time of the day, and we put them under pressure.

“Decision-making under pressure is the key to winning big matches,” she said. “When things were getting tight, I told them to settle down and make matters simple – to take the ball with both hands and to keep calm.