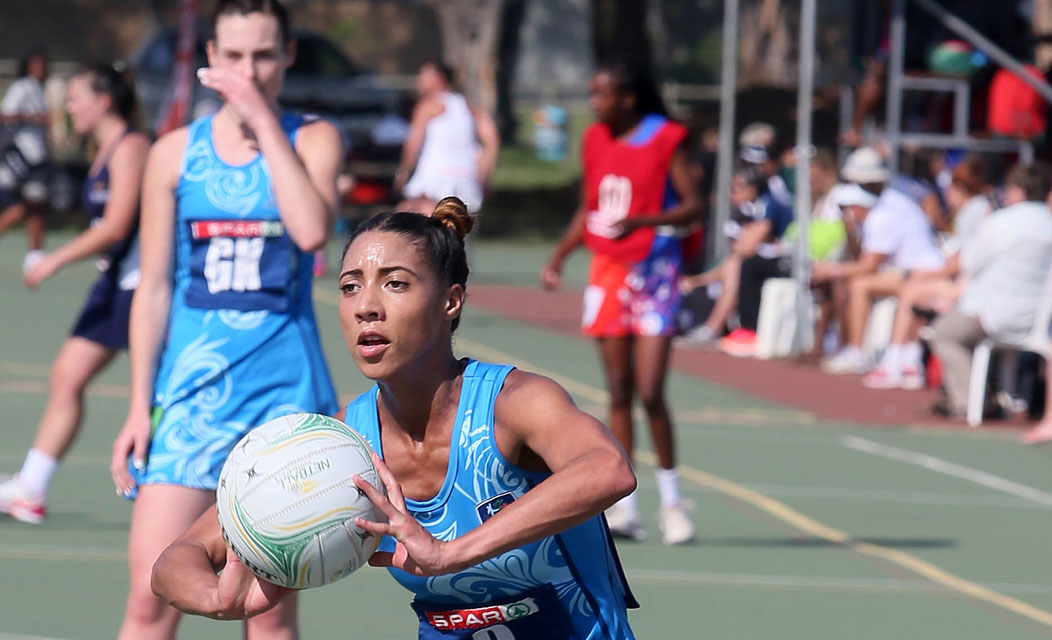 Gauteng brought Western Cape’s unbeaten run to an end on the fourth day of the SPAR National Netball Championships at Hoy Park in Durban, beating the defending champions 46-44 on Thursday.

It was a tight match from start to finish. Western Cape won the first two quarters by a goal each, and were 26-25 ahead at halftime. Gauteng moved into the lead in the third quarter and, at one stage, were three goals ahead.

The defenders on both sides fought like tigers, intercepting and overturning balls. At the end of the third quarter, Gauteng led 35-34, doubling their advantage by the game end to secure Western Cape’s first defeat.

Gauteng – who have won five and drawn one of their matches – top the log with 11 points. Western Cape are second with 10. They will meet in the final on Saturday.

Coach Jenny van Dyk was very happy with the result. “It wasn’t actually about winning this match, but I am very pleased we did,” she said.

“What we needed to do what to see what they do and how they do it. I am glad it was such a tight contest and that it was a struggle all the way to the end. Neither side will be complacent going into the final on Saturday.”

Free State shrugged off a 50-37 loss to Gauteng on Thursday to beat North West 35-28 in their afternoon match. It was an important match for both teams – Free State had lost two matches and North West had lost one and drawn one.

Free State got an early lead and were 13-5 ahead after the first quarter. That eight-goal cushion proved to be vital, as neither side was able to take control of the match after that. The defenders on both teams were in good form, and the shooters all struggled to get the ball through the hoop. North West narrowly won the second and third quarters, by one goal each, and Free State won the last quarter 7-6.

“We knew we’re not going to reach the final, but we were determined that we should not defined by our loss to Gauteng this morning,” said Free State captain Tanya Mostert. “We wanted to show what we are made of.”

“It was a very tough match and the sun was also a factor. I think that’s one of the reasons it was such a low-scoring match. But the sun affects both teams, so we can’t use that as an excuse for not scoring more,” she said.