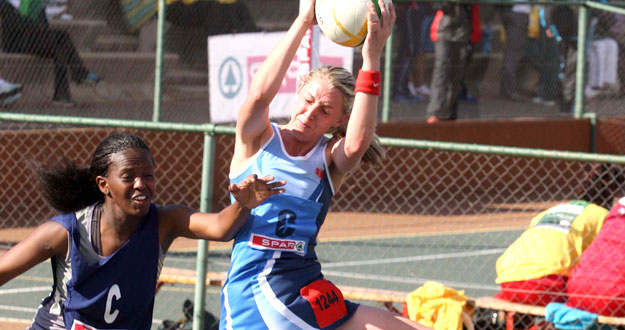 Gauteng North got their title defence off to a brilliant start when they over-powered Royal Bafokeng 82-18 in their opening match at the SPAR National Netball Championships in Rustenburg on Monday.

The hosts managed just one goal to Gauteng North’s 28 in the opening quarter, and by halftime, the defending champions were leading 46-6. Gauteng North surged to a 67-12 lead at the end of the third quarter.

“We’re very happy with the result, but there’s still plenty of room for improvement,” said Gauteng North captain Rozanne Matthyse. “There were a lot of unforced errors, and we need to prevent those when we come up against the stronger teams.”

In 2012, the SPAR Proteas were withdrawn from the provincial teams to prepare for the inaugural Diamond Challenge, but this year they are playing for their provinces once again, and Matthyse said this made an enormous difference. “Vanes-Mari (du Toit) and Erin Burger were outstanding. They both turned a lot of balls and they lifted the whole team. It was wonderful to have our Proteas back again.

“Because we were in such a strong position, we were able to make a number of changes during the match, while we tried out different combinations. This helps the coach to decide which players are the best options when we play stronger teams.”

Gauteng North’s next match is against Mangaung Metro (formerly Free State) and Matthyse expected that match to be much tougher. “They have a lot of senior players, including some SPAR Proteas, and we will have to be on our toes to beat them,” she said.

Royal Bafokeng were not disheartened by their thrashing. “It was wonderful to play against them and we learnt a lot,” enthused goal attack Eileen van Zyl. “We believe we can come back strongly and we are aiming for a top three placing.”