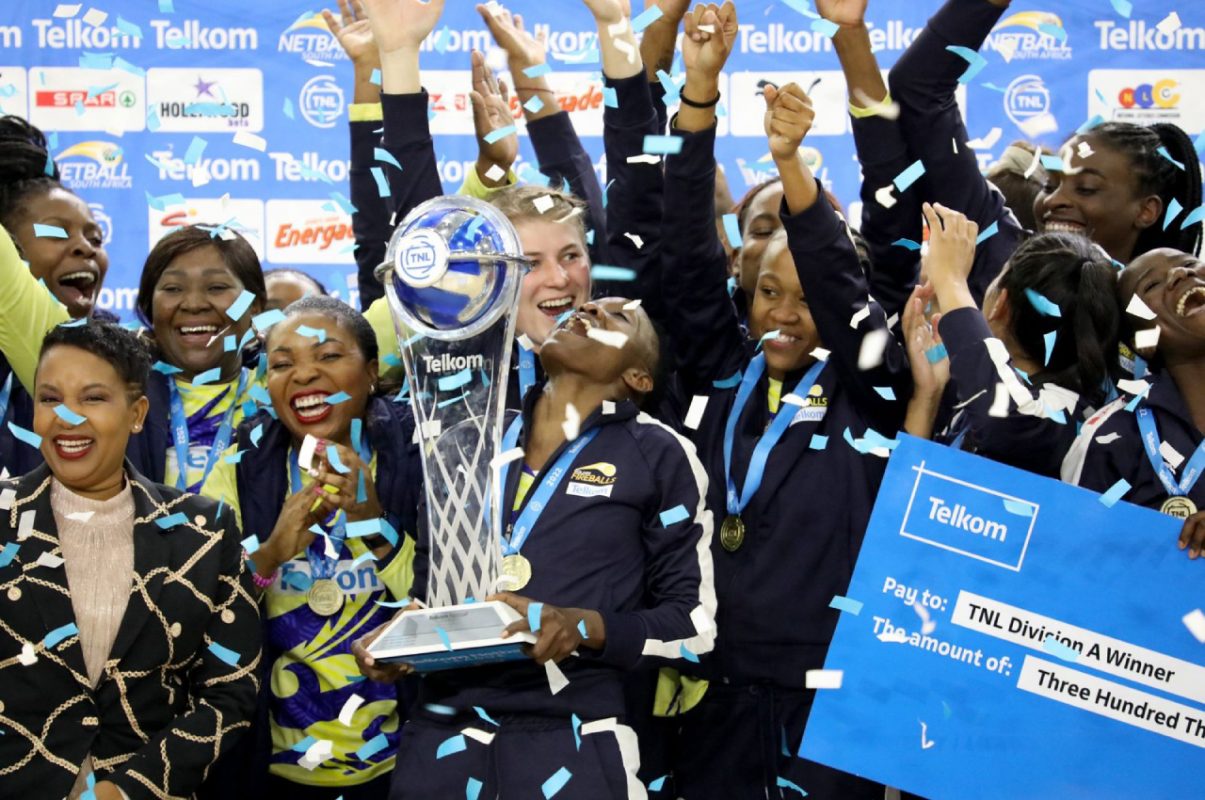 A low scoring first quarter ended 8-7 to the Fireballs but the level-headed Fireballs pulled away in the third quarter to extend their lead to six goals. The match intensified in the final fifteen minutes when the Jaguars attempted to stage a comeback and cut the gap to just four goals with nine minutes remaining and then Fireballs coach, Dr Elsje Jordaan called for time-out to remind her team what is at stake.

The Jaguars defensive wall unsettled the Fireballs attacking efforts in the last five minutes but the Fireballs opted to hold on to their cushion and never looked back to secure a three-goal win.

The Fireballs become the third team to ever lift the trophy in the history of the league. The Free State Crinums made it three back-to-back wins from 2014-2016 and the Jaguars have won the five previous campaigns under coach, Jenny van Dyk.

The Jaguars now walk away with a silver medal but its history in the making for Elsje Jordaan who led the Fireballs to glory after finishing fifth last year under former coach, Rozanne Matthyse who replaced Jenny as the new Jaguars head coach this year.

Meanwhile, the Free State Crinums resurgence steered them to third place finish and a bronze medal following an awe-inspiring 67-53 victory over the Southern Stings.

The Crinums’ shakey start to the tournament earned them four wins out of ten round-robin matches but fortunately, that was sufficient enough for a semi-final berth. Despite the first-class performance the Crinums produced in the semis against the Fireballs, the Free State side found themselves on the losing end but were able to carry the same mastery to attain that fourteen-goal win.

Lastly, the Eastern Cape Aloes proved their dominance and why they deserve to be division two champions after beating Kingdom Stars 42-39 to claim a division one promotion. This was the Aloes fourth consecutive match while Stars enjoyed a two-day rest but Sameshia Esau’s troops still had enough left in their tank. Aloes will now feature in the A section for the first time since 2014 and Stars make their return to the B section after plying their trade in the top division for the past three years.