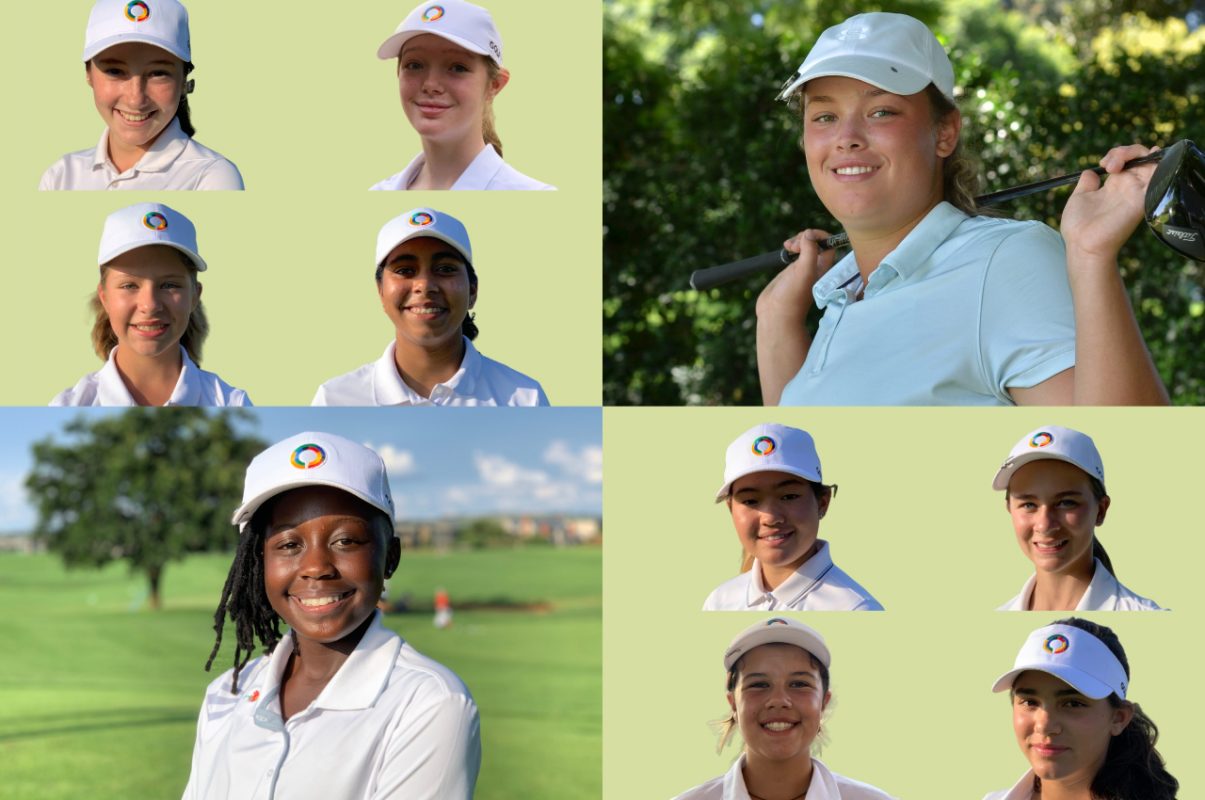 “We are excited to welcome the 10 new members that have earned the opportunity to benefit from the GolfRSA National Squad system,” said Womens Golf South Africa President, Sarah Braude.

“The programme is aimed at giving these amateurs the best opportunities and resources to fully develop their potential. Our new members have demonstrated commitment to the continued advancement in all aspects of their game, and we are excited to see how they can further benefit from the technical, physical and mental performance aspects of the squad programme, and the mentorship of our senior members including those who are currently attending college in the U.S.”

“Players on the fringe of selection to the National Squad are closely monitored and have a chance to play their way into the squad. Gabbi certainly did that with a string of impressive performances last year that lifted her to fourth place in the Open Amateur Rankings at the end of 2021,” said Braude.

“Isabella van Rooyen and Kyra van Kan advanced to the Elite Level within the squad, while Anika Smit, Ellandri van Heerden, Kesha Louw and Zara le Keur were also promoted in the 2022 squad.

“With six members currently at college in the U.S. and another two leaving for college this year, we are very pleased that the up-and-coming talent in the junior ranks and those youngsters who really put up their hands, earned their place on the squad. The number of new young members on the squad from across the country reflects the depth in our nationwide Development Programme and is exciting for the ongoing growth of women’s golf in South Africa.”

Both the GolfRSA Men’s and Women’s National Squads are well supported by an effective group of professionals.

“We are privileged to work with our national coaches Val Holland and Anna Becker-Frankel, physiotherapist Sandra Winter, sport psychologists Grant Flaum and Shaun Landsberg, and Costanza Trussoni, who runs the Trackman analysis with our squad members. These individuals work hand-in-hand with the players’ own coaches and support teams towards giving the girls every possible opportunity to improve and advance,” said Braude.

“In addition to individual attention, we host several camps during the year with high-intensity training and evaluations, sometimes with smaller groups and on other occasions, with the whole squad. We have been very privileged to use the world-class facilities at the National Golf Junior Development Centre next to Leopard Creek, and the state-of-the-art amenities at Serengeti Estates.

“Members of the squad were also given the opportunity to play at Leopard Creek, considered one of the top golf courses in the world, last year. Being able to take the squad members to facilities like these enable them to practice every type of shot and work closely with our coaching team to prepare them for the international stage.”

The GolfRSA National Men and Women’s Squads were launched in 2015, thanks to a generous R15-million donation from GolfRSA Chairman of the Board Johann Rupert, and members from both squads have been achieving exceptional results.

“Since the inception of the squad programme, the list of amateur achievements on the international stage has grown exponentially, and as some of our members began to successfully transcend to the pro ranks, we have celebrated victories on the PGA Tour, DP World Tour, Challenge Tour, Sunshine Tour, Sunshine Ladies Tour and the Big Easy Tour.

“With this year’s junior intake, Womens Golf South Africa are laying a solid foundation for success in preparing these young players to represent South Africa on the world stage, as amateurs and later, as professionals.”