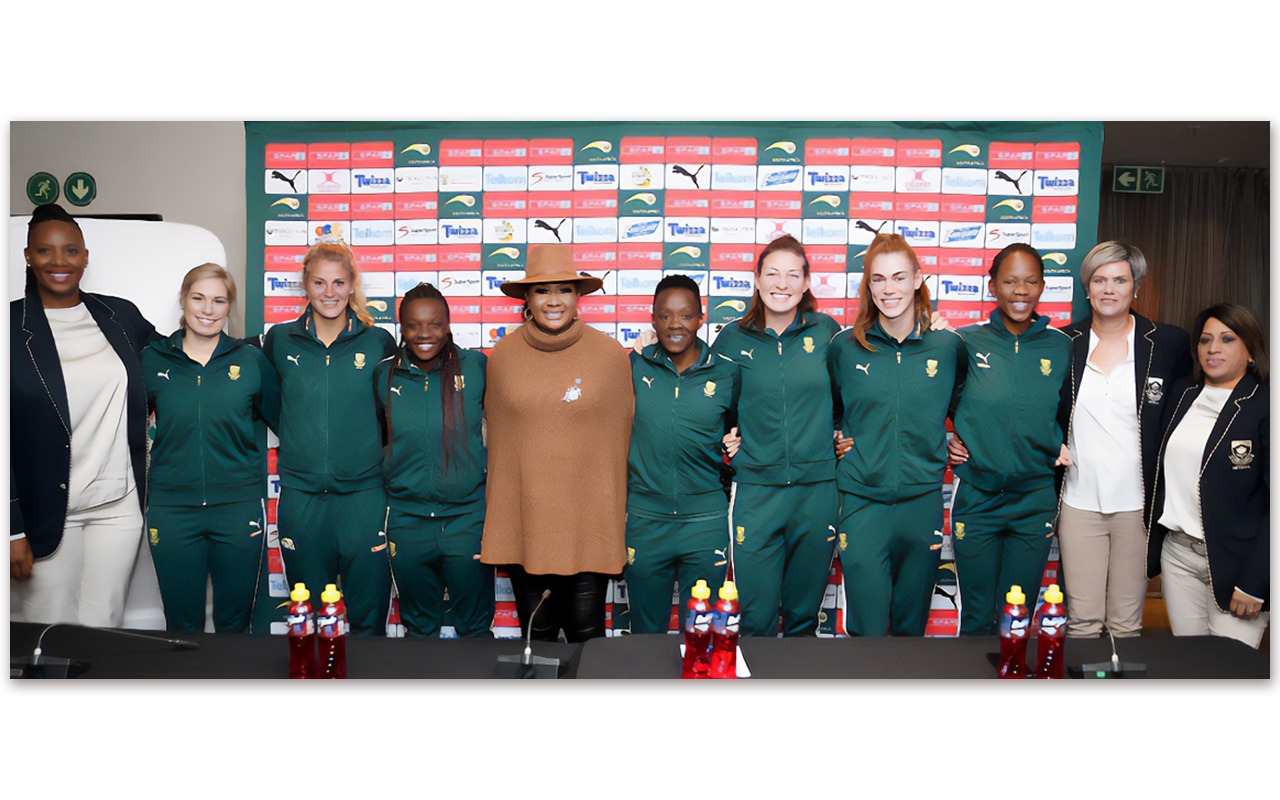 In a groundbreaking announcement, Netball South Africa has revealed that 24 players as well as technical staff have been handed professional contracts.

“I think players lives have changed,” said President Molokwane in delight as she listed the number of players that have signed on the dotted line.

This contract will allow players to receive a salary from NSA among other benefits, thus allowing the coaching team exclusive access to the players. As it is known globally, some women in sport have to juggle playing sport, even in at the highest level, with motherhood and a full-time job.

This contract will ensure that the selected 24 can rely on a pay cheque from playing netball and representing South Africa at the highest level. One of the benefits in this agreement is the all-important medical aid. Molokwane confirmed that if a player is injured, Netball South Africa will foot the bill and cover the expenses to ensure full recovery for the players.

Seven of the 24, are playing overseas while others are locally based and have been playing in the current season of the Telkom Netball League.

Molokwane also added that this is not the final number of contracts, if the technical team spots talent in the local leagues such as the Telkom Netball League, they will not shy away from awarding them a contract.

Something we expect to happen judging by how SPAR Proteas Head Coach Dorette Badenhorst spoke so highly of the level of talent and skill displayed in the ongoing TNL: “The standard is increasing. I’ve seen great games out there. And it’s important for us to know that we do have great talent and we can see it with the standard of the #TNL.”

The coach also sounded warning to the current players contracted by NSA stating that they cannot afford to relax as there are a lot of players knocking on the door as the performance-based contracts commenced on the 1st of April 2022.

For former player Chauke and now assistant to Badenhorst, this was a beautiful day of reflection because during her days of playing she could only dream of receiving such a contract and validation from the national body. Proudly, now she can say she has become part of history and was a part of the first group of technical members that are contracted by Netball South Africa.

Photo 1 Caption: In a groundbreaking announcement, Netball South Africa has revealed that 24 players as well as technical staff have been handed professional contracts. Photo: NSA